President Putin Is Losing His Options In Ukraine After Latest Reverses 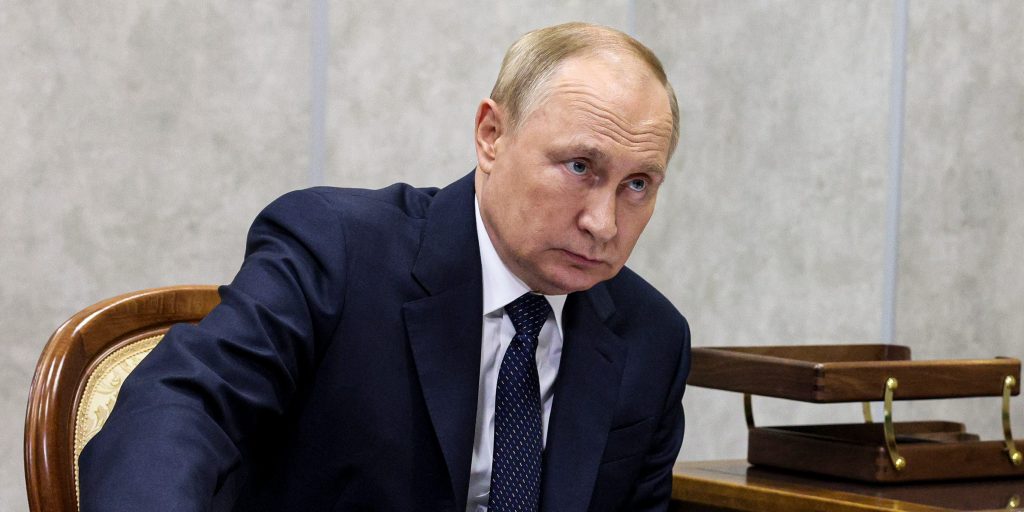 The Ukraine war is taking a turn after seven and a half months which is worrying strategic experts and militaries in Europe in new ways.

If initially the worry was about an outright defeat of Ukraine and presence of Russia in eastern parts in a more aggressive posture, the prospect of an outright Russian defeat is looking even more threatening.

A huge explosion on a bridge offering the only life line for Russian armies in Crimea has severely jolted the Russian dispensation. The bridge has been so badly damaged that rail movement on it has been stalled. The  bridge provided the basic supplies to the Russian army in occupied Crimea.

As if to rub the salt into the wound, the Ukrainians are now going to town, announcing release of a postage stamp commemorating the destruction of the bridge. The head of Ukraine Post has announced the release of the postage stamp along with a first-day cover.

Such news of open defeat and defiance could no longer be hidden from the Russian public and this is damage whatever credibility that Kremlin still had with its people, reports indicate.

NATO, the umbrella defence organisation of the western alliance, is seriously worrying about a tactical nuclear weapon use by a cornered Russia under its President Vladimir Putin. All the efforts of the Russians on ground  have come to a nought before the coordinated effort of the Ukrainians.

As if to forestall any such disastrous move by the Russian president and to warn Russian leadership about the costs of any of Putin’s drastic moves, US president, Joe Biden, had articulated about the consequences for Russia of any nuclear move. In fact, Biden’s open threat of counter offensive has surprised even US officials of his administration.

Domestic troubles are also mounting for Putin, with opposition to his war plans are getting louder and vociferous. Even those people aligned with Putin are now shouting about the failures and total discomfiture of Russia before the global audience.

Sources fear that if the domestic situation gets hotter for Putin, he would be driven to extremes for his survival. Some of the military experts are fearing that Putin has become  imbalanced in a practical way and adopting ever more desperate steps.

His mobilisation effort is becoming a sort of boomerang for his dispensation as scores of younger Russians are defying the effort to conscript and sending them to the war field. These segments of society are leaving the country in droves.

Those who have been however drafted are facing serious shortages in facilities, let alone training and equipment. The western media is reporting that even as the water is approaching, these recruits have not been given even beds for their night stays and are forced to sleep on yoga mats.

Besides, the infamous private army of Russia, which had played critical roles in Syria and other countries where Russia had undertaken military roles, are turning against Putin’s regime. Wagner leaders are complaining that the Russian operations in Ukraine were total uncoordinated and therefore it was  difficult for them to make any meaningful interventions.

Wagner’s chief in Moscow is in a grumpy mood and showing signs of giving up its interventionist role in Ukraine. On the other hand, the Central Asian satellite nations which had supported Russia in many such operations, are saying that he Putin regime is avoiding drafting white Russians and using their people to do the dirty jobs.

Besides, their numbers are being used as canon fodder and are perishing in the Ukrainian offensives. Devoid of proper weapons and training, these drafted soldiers are simply not equipped in facing the agile and expert military operations of Ukraine.

As these failures are mounting and the reports are reaching the Russian public, the tide is turning fast against Putin. His ever so carefully nurtured macho image has been dented and it no longer holds. Thus, Putin is facing a severe domestic threat.

In the face of this, NATO sources had confirmed their worst fears about Putin and his next moves. A nuclear intervention would surely isolate Russia from the global orders and even   alienate its firm ally  till  now  China. For President Putin, the survival with honour intact , is    at   stake.. (IPA Service)