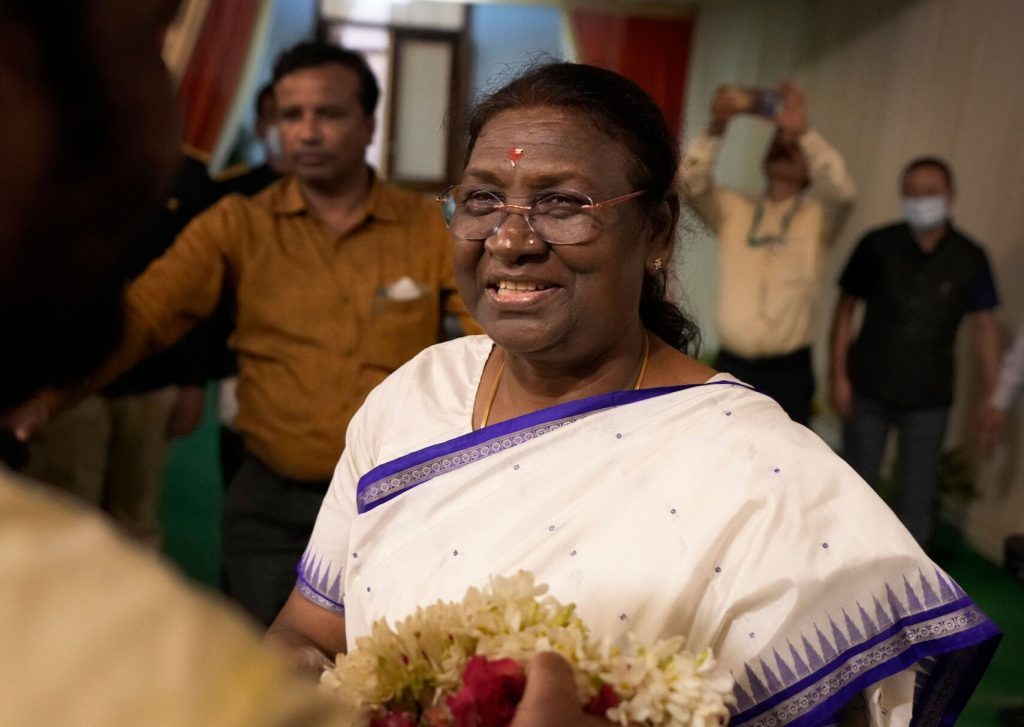 The NDA’s Presidential pick Droupadi Murmu has been elected to the high office defeating her rival Yashwant Sinha, joint Opposition candidate. Hailing from a predominantly tribal district of Odisha, Mayurbhanj, Murmu’s work as a state functionary in various capacities is remembered as bold with grit and humility. Known for her unwavering connections to her tribal heritage, Murmu is revered. A progressive leader, she is said to be a believer in tradition, walking hand in hand with modernity. This was seen in multitudes of initiatives she under took during her tenure as a widely respected Member of the Legislative Assembly (MLA) and as a governor of Jharkhand.

There was once a time when certain surnames, Murmu included, meant being subjected to derision in schools and colleges. While the social structure has witnessed reform, Dalits and tribals continue to face various forms of oppressions. That she is set to replace a Dalit President is proof of NDA’s commitment to diversity and inclusion.

Social justice and transformation — beyond just lip service, even post Mandal must not remain as an ideal in perpetuity. When B R Ambedkar spoke about three warnings on the eve of Independence, the question of representation was at top of his mind. Prime Minister Narendra Modi and the NDA have walked that talk.

A tribal as the first citizen of India was a dream of the tribal community since Independence. Murmu will symbolize the coming of a new age in India, ushering in the intersection of two vulnerable identities in society — a tribal and a woman — to transform and protect the people she represented with unwavering confidence. This is the highest honour for the marginalized.

In the past, P A Sangma, another tribal, as backed by NDA, was in running, but could not make it. Selecting Murmu may prove to be a stepping stone in bringing various issues involving tribal– especially, tribal women — into the main stream public discourse. With her at helm as President, there are greater hopes of highlighting the tribal and tribulations of the tribal, women, the invisibles, the down-trodden and the often forgotten. Her approach, combining tradition with modernity, is the need of an hour.

Since independence, speeches have been made on the question of tribal welfare. One has concentrated on giving this issue its true relevance and importance. Tribals have been a key concern, but have not received focused attention. This perhaps why their issues take ages to resolve.

For example, the demand for Jharkhand, a separate state for Advasis, took more than half a century, though the demand began before independence. Similarly, official recognition of the Santhali language lingered for a long. It was only because the Atal Behari Vajpayee-led NDA government recognized these issues, that they got relevance they deserved. However, several issues persist, which require discussion and resolution. This included the implementation of the 5th schedule provisions, the Sarna code, the self-rule issue system, the issue of false witchcraft lynching, and Scheduled Tribe (ST) status for tribals of Assam, among others.

As per the Constitution, the powers of the governor along with the President are limited. They have to work in unison with government through consultations with the Cabinet. However, Murmu is not one to go along with the wishes of the government. She has time and again proved to be real custodian of the Constitution for the tribals of Jharkhand. Her firm stand against Raghubar Das led government in Jharkhand on Chotanagpur Tenancy Act and Santhala Pargana Tenancy act proved her will to fight for tribal rights.It was a bold step by a governor from the same party. She exercised her Constitutional powers again to oppose the formation of the Tribal Advisory Council by the UPA government in Jharkhand, as her consent was not taken by Chief Minister Sibbu Soren. (IPA Service)