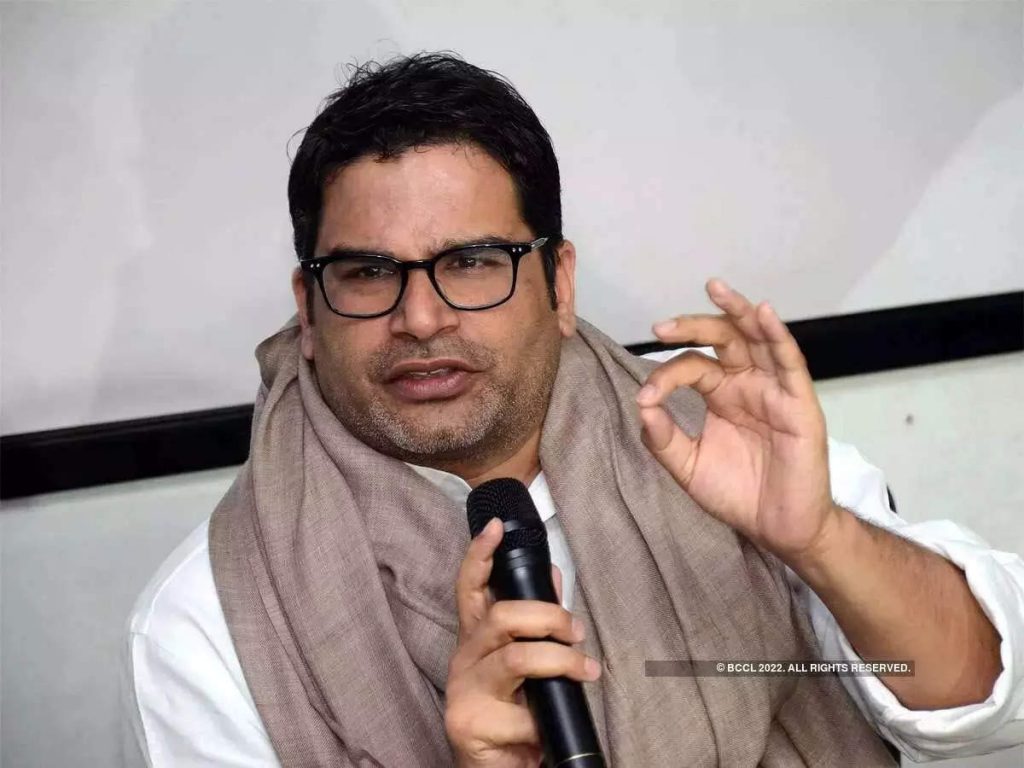 From playing a key role in Narendra Modi’s prime ministerial campaign in the 2014 Lok Sabha elections, to taking a political plunge four years later by joining the JD(U) and leaving it in a huff, to negotiate the Congress for any entry now, Prashant Kishor has covered a long distance in Indian politics in the last eight years.

But unpredictability, or otherwise inconsistency, driven by ambition has been his hall mark. And, many political leaders who have engaged with the sharp tactician in the last eight years can vouch for that. Some say he is full of contradictions.

Prashant Kishor’s Congress saga is a case in point. His latest tweet dated April 26, 2022 says: “I declined the generous offer of #congress to join the party as part of the EAG & take responsibility for the elections. In my humble opinion, more than me the party needs leadership and collective will to fix the deep rooted structural problems through transformational reforms.” Quite obviously, the much-hyped courtship between the grand old party and the whiz-kid of grand strategy has once again run into choppy waters. Yet, keen observers of both Kishor’s public overtures and his equally public rebuffs are hardly surprised.

In a twist, a presentation he had reportedly made for the party last year, wherein he suggested a non-Congress leader be made the chairperson of the United Progressive Alliance, was leaked. Kishor then had had a one-on-one meeting with Congress president Sonia Gandhi. Sources in the party said it was ready to induct him into the party fold and that he was also open to the idea. He could join in shortly, sources said.

In May 2021, Kishor had his first serious set of task with the Congress. In fact, his meeting with Sonia Gandhi took place in the backdrop of him and his political consultancy firm I-PAC working with the Congress’s rival, Trinamool Congress, for the West Bengal Assembly elections. Kishor gave Sonia a presentation a month later on how to revive the Congress. The Gandhis engaged him and both Rahul and Priyanka met him in July.

But, around the same time, Kishor also met NCP President Sharad Pawar, and if sources in the NCP are to be believed, suggested a grand plan — the merger of NCP and Trinamool Congress as the alternative to the Indian National Congress. He is also said to have promised the NCP and Trinamool Congress the stewardship of the UPA. He is said to have assured the two regional big-wigs that he could get several “disgruntled” leaders from the Congress and some even from the BJP, including two Lok Sabha MPs, to the new entity, which could replace the Congress as the key opposition party and pose a significant challenge to the BJP and Narendra Modi.

“I don’t know how he is now discussing with the Congress a plan for its revival. He had shared with us some other plans”, an NCP leader said.

Meanwhile, at that time, his talks with the Congress did not fructify. Neither did his NCP-TMC merger idea.

Soon after, Kishor publicly turned against Gandhis. He was also said to be behind the increasingly vocal idea that a non-Congress leader take over as UPA chairperson, a post currently held by Congress president Sonia Gandhi.

After signing up with the TMC for the 2022 Goa assembly elections, a state where the Congress has deep stakes, Prashant Kishor tweeted in December last year that leadership of opposition was not “the divine right of any individual, especially when the party has lost more than 90% of elections in the last ten years”. Let opposition leadership be decided “democratically”, he wrote.

The disastrous Goa foray of the TMC was another turning point in the career of Kishor. His role in designing the party’s campaign and hyping up its chances there soon came under question, even in the party where Mamata Banerjee’s writ reigns supreme.

It was against this background that Kishor reopened his talks with the Congress, the bad blood of last year apparently forgotten. Kishor was also said to be keen on joining the Congress — a point that remained unresolved last time too. Apart from working out a role for him in the grand old party with its traditional set ways, there are other issues with it. Kishor’s firm I-PAC has lucrative contacts as of now with the YSRCP in Andhra Pradesh and the TRS in Telangana—both states where the Congress has presence.

Kishor is also said to be nursing hopes of launching a political outfit of his own in Bihar. His joining the JD(U) was a way of testing the electoral waters.

Were Prashant Kishor to join the Congress, I-PAC working for its rivals would give rise to conflict of interest. It is interesting in this context that the Congress has cleverly made it public that it is engaging with him, unlike when it held talks with other election consultants. In an interview with the media last week, AICC general secretary in-charge of organisation K C Venugopal said: “Prashant Kishor has made a detailed presentation for the 2024 election strategy. It needs some detailed discussions and the Congress President set up a small group to talk about this entire presentation. That group will submit a report within a week’s time for a final decision.”

Some voices considered close to the high command have also talked favourably of Kishor joining the Congress. Other party leaders also say there is no hurry in his joining the party, despite huge reservations from a section who fear they will be left redundant in this new direction the Congress taking.

However, Kishor’s latest tweet does pour cold water on such hot speculations, both from within and outside the Congress party. In fact, political observers have already opined that Kishor’s “polite declining” has less to do with him, and more with the Congress’s strong reservations about the strategist’s overt preference for a supreme commander to report to and advise, such as in the case of Narendra Modi and Mamata Banerjee. Congress, for all its inertia towards the Gandhis, has an array of multi-faceted, politically well-heeled leaders, and therefore, Kishor’s one-person pit-stop will go against the grain of the culture of debate and discussion with which the party still operates. Moreover, Kishor’s strategy of building/hyping the cult of the supreme leader is exactly what the coalition of opposition leaders are rallying against. In addition, Kishor’s demand that he be made to decide who to serve election tickets to would also do a disservice to the grassroots organisational structure, especially, the party cadres who work tirelessly, and the state Congress committees which have deep roots in every part of the country.

At the end of the day, the Indian National Congress, with its inception in the anti-colonial struggle against the British Empire and its illustrious history of 137 years, cannot simply be reduced to yet another “client” of Prashant Kishor, a strategist with scant respect for the hard deliberative work that is democracy, both internal as well as external. Hence, unless Kishor comes to see Congress’s very grounded objections to his “600-slide” master-plan, and unless the grand old party becomes more nimble with its own place in the current scheme of things, the middle ground of real negotiations will keep eluding both. (IPA Service)