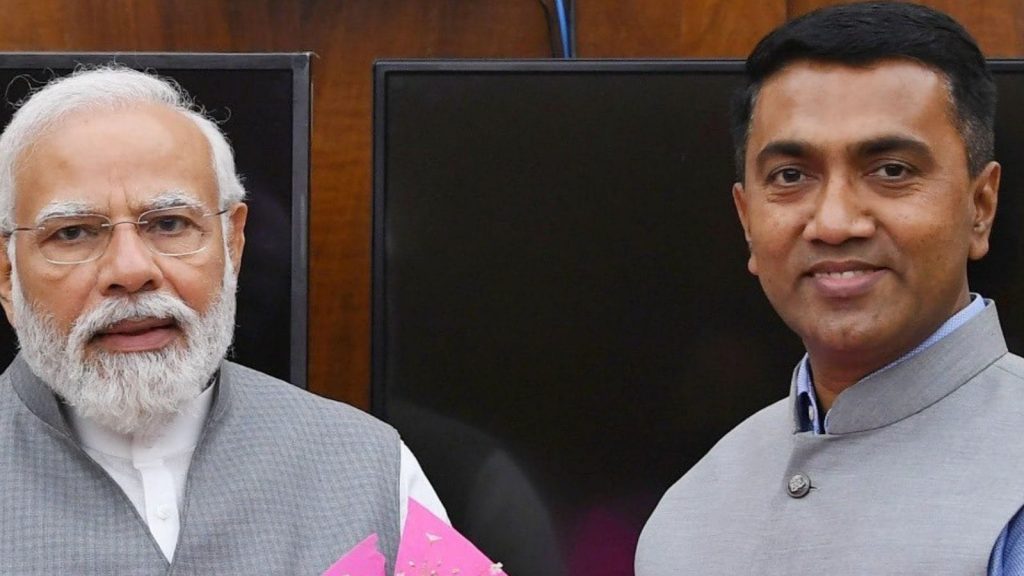 Caretaker Chief Minister Pramod Sawant will head the new BJP-led coalition government in Goa, two BJP MLAs said on Friday, putting an end to the speculation over the leadership following the prolonged delay in formation of a government in Goa after the February 14 polls.

The government would be in place in “four to five days”, the MLAs also said.

Addressing a press conference at the Bharatiya Janata Party state headquarters, former Art and Culture Minister Govind Gaude and Sanguem BJP MLA Subhash Phaldesai told reporters that Sawant would head the new government and that a formal announcement to the effect would be made soon.

“Dr. Pramod Sawant will be the state once again and he will provide a stable government for five years,” Phaldesai said, hours after the Congress questioned the delay on part of the BJP to form a new government despite emerging as the single largest party just one short of a majority after counting of votes on March 10.

“Congress does not have any right to speak on formation of government. People of Goa know that the BJP government will been formed, only the formality of swearing-in is left. Newly elected MLAs are concerned about Goa and the government will be formed under the leadership of Pramod Sawant. Only a formal announcement is left,” Gaude said.

He also said that the delay in government formation was on account of Holi and Shigmo (a local festival).

Gaude’s comment about the legislative leadership of the 20-member BJP contingent comes at a time when speculation is afoot about two camps in the BJP led by Sawant and his former Health Minister Vishwajit Rane over the issue of Chief Ministership.

Both Sawant as well as Rane, as well as state BJP President Sadanand Shet Tanavade have denied such a rift.