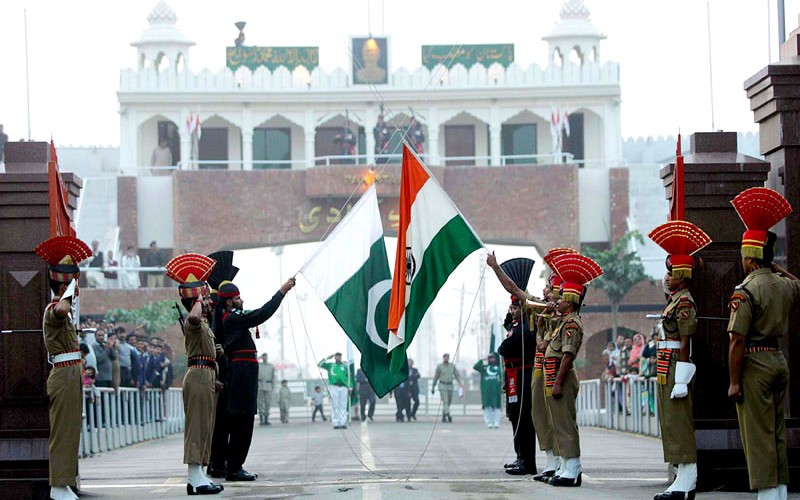 Pakistan’s leading industrialist Mian Mohammed Mansha of the Nishant conglomerate which has $30 billion in assets has said that trade relations between India and Pakistan should resume. “I feel very passionately that we need to get our things sorted out with India. Now whatever the issues that are impeding, let them be there. But once they come to one another’s country, through trade, tourism – religious tourism or normal tourism — I think the doors will start opening,” Mansha was reported as saying by The Indian Express on April 17.

He also said that the resolution of the Kashmir issue should be targeted in small steps. “I am a businessman. That’s why I say that if something is cheaper in India, why should I buy that from another country? The transportation cost is less,” he said.

Mansha spoke about opening Bollywood to Pakistani actors and IPL for Pakistani cricketers as steps towards the normalization of relations between the two countries.

“There are so many products that we could buy. We make Hyundai cars. Hyundai India is very big. We could buy some parts cheaper from India, than buying from China, for example. And you are also trading with China in such a large way. Your imports from China are huge, and if you look at it, you also have issues with China on the issue of territories and all that,” he explained.

Trade relations between India and Pakistan worsened and came to a grinding halt in the aftermath of the Pulwama attack and India’s decision to reorganize Jammu & Kashmir in 2019.

Given the turn of events leading to the disruption of trade ties between the two neighbors in 2019, the initiative to get back to business should likely come from Pakistan which had snapped the ties after the abrogation of Article 370 and 35A in August 2019.  Earlier, India had doubled the trade tariff on Pakistani imports following the Pulwama attack in February 2019.

Mansha who is the most influential voice among the Pakistani businessmen said as far as he knows current Prime Minister Shehbaz Sharif, the latter would not oppose the resumption of trade relations with India. Mansha’s assumptions don’t seem misplaced given that the new government in Pakistan has extended the timeline for Indian relief materials for Afghanistan to be transported through Pakistan by another two months, which was initially allowed by the Imran Khan government for only 30 days.

So far, Shehbaz Sharif has not given any indication that his government’s stand on Kashmir, a key issue that kept the two nations at loggerheads since the inception of Pakistan, is going to be any different from that of previous governments.

But this time, Pakistan is in a tight spot and it can’t continue with its routine policy on Kashmir.

On April 15, the Pakistani Air Force carried out airstrikes in the Khost and Kunar provinces of Afghanistan that killed over 60 people and left the Taliban regime in Kabul fuming. The next day, Pakistan’s Afghan envoy Mansoor Ahmed Khan in Kabul was summoned by the foreign ministry of the Taliban regime and asked to ensure such strikes don’t happen in the future. The victims of the airstrike are mostly civilians and include women and children. Reacting to the airstrike, Deputy Minister of Information and Culture of the Taliban regime in Afghanistan Zabiullah Mujahid, said, “Pakistan should not test the patience of the people of Afghanistan or else should be ready to face the aftermath.”

The reason why Pakistan launched airstrikes on Afghanistan soil which is ruled by the Taliban, a regime that Pakistan helped to come to power, is that militants based in Afghanistan are increasingly targeting Pakistan. In an ambush a day ago seven Pakistan army personnel were killed in North Waziristan of its tribal-dominated and mountainous Khyber Pakhtunkhwa province, the incident that infuriated Pakistan to carry out the airstrike.

Although Islamabad has not offered any comments on the airstrike, it said that its security forces are increasingly being attacked by Afghanistan. “Terrorists are using Afghan soil with impunity to carry out activities inside Pakistan,” a Pakistan foreign ministry statement said on Sunday. It explains why Pakistan, which has a large contingent of terrorists who may be looking to do in Pakistan what the Taliban did in Afghanistan, needs to normalize its relations with India.

“I am in the cement business. We have one big plant, in the Chakwal district where Mr. Manmohan Singh was born. We have even preserved the school that he attended… We used to export a lot of cement to India… So it is not a bad idea if we could import cotton, and we could export some cement to India,” 75-year-old Mansha, who also has a textile business, said in his pitch for the resumption of the India-Pakistan trade.

What holds India and Pakistan in rebooting the trade relations?

Kashmir has been growing Tulip in at least 60 varieties and colours over 15 acres of land in the foothills of the Zabarwan Range with an overview of Srinagar’s Dal Lake. It attracted over 3.5 lakh tourists from March 23 till today, when Asia’s largest tulip garden is being closed due to summer heat shrinking the tulip bloom. The number of visitors was significantly higher this year compared to 2.26 lakh in 2021. The garden opened with 60 lakh flowers in bloom on day 1 and peaked at 1.5 million.

An important lesson in leadership is to stop reacting to everything that bothers you. There would always be more problems than a leader can solve.

Shehbaz Sharif should get his priorities right, and not play ball with terrorists whether in Afghanistan, Pakistan, or Kashmir. Mansha is right in looking out for synergies wherever it’s possible. And IK as Pakistan media loves to call ex-Pakistan Prime Minister Imran Khan should know that he doesn’t need to react to rising potato-tomato prices or the overwhelming support he gets on the street. All that the people on street want is good entertainment. Don’t count on their support. They will shift their chorus the moment they find a new joker or a leader who promises more entertainment. Stay grounded and wait for your turn, IK.  (IPA Service)