Politics In Himachal And Gujarat Heating Up Before Polls 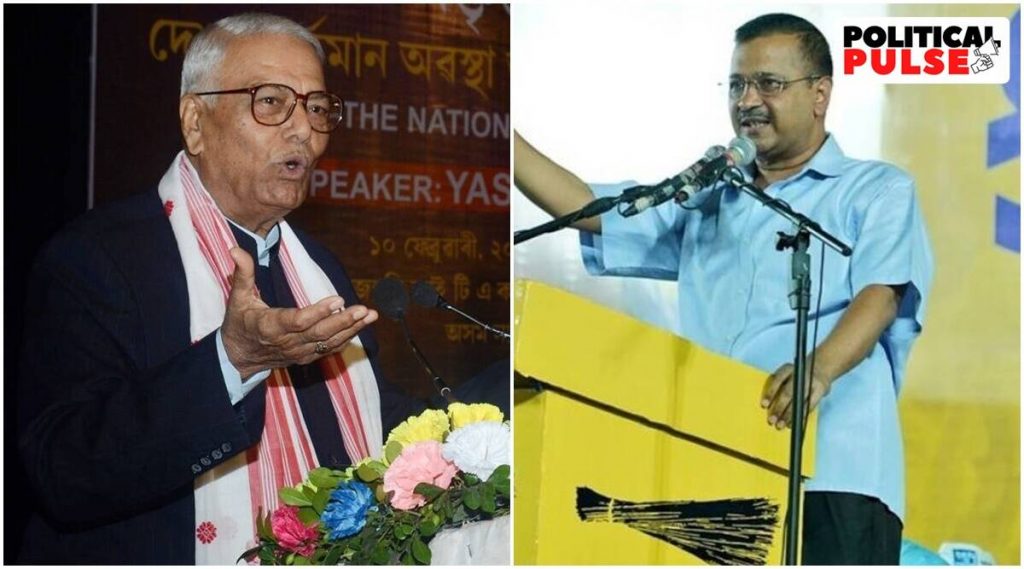 The 100 times hike in compensation for martyr’s kin by Gujarat from Rs 1 lakh to Rs 1 crore shows how much anxiety has gripped the ruling BJP just a few months ahead of Vidhan Sabha election in the home state of PM Narendra Modi, where his charisma will be put on test again, the result of which will influence the Lok Sabha Election 2024 and his fate. BJP’s stake in Himachal Pradesh is also very high due to elevated feeling of anti-incumbency among the people.

All the election in 2023, are considered as important as semi-final to the General Election for the Lok Sabha Election of 2024, since the results will greatly influence the morale of the political parties and their rank and file. Election to the Vidhan Sabha of Gujarat is due before February 18, 2023, when its present term is going to expire. Election to the Vidhan Sabha of Himachal Pradesh is also due before expiry of the Legislative Assembly on January 8, 2023.

Since 2003, the Himachal Pradesh underwent four Vidhan Sabha elections, and they returned the Congress and the BJP alternately. Given this trend, morale of the Congress leadership and their rank and file is very high, and they hope to wrest power from the BJP this time. Elevated level of anti-incumbency against the ruling BJP will be additional advantage for them, the party believes.

However, in Gujarat, the BJP has been dominating the politics since 1995, barring about 18 months of rule by Rashtriya Janata Party during 1997-98, due to split in the BJP. Infighting in the BJP was suppressed thereafter, but now the party has many disgruntled elements within. It is a matter of serious concern for the party that tends to greatly enhance in the face of even higher level of anti-incumbency in spite of Gujarati pride due to PM Modi.

Himachal Pradesh Vidhan Sabha has 68 seats, out of which 48 seats are general, 17 are reserved for Scheduled Caste (SC), and three are reserved for Scheduled Tribe (ST). BJP has won 44 seats in the 2017 Vidhan Sabha Election while the Congress has one 21. Two seats were bagged by independent candidates, and CPI(M) had one. The BJP was able to get 48.79 per cent of votes. Though in number of seats the Congress was far behind, in terms of percentage it was not. Congress had got 41.68 per cent of votes, only about 7 per cent less than the BJP. It is here, the Congress has hope to improve, and the party have become very active to wrest the power from the BJP this time.

Gujarat Vidha Sabha has 182 seats, out of which 142 are general, 13 are reserved for Scheduled Caste (SC), and 17 are reserved for Scheduled Tribe (ST). In the Vidhan Sabha election of 2017, the BJP had won 99 seats, followed by Congress with 77 seats. NCP had won only one seat while Bharatiya Tribal Party had 2 and Independent 3. BJP had bagged 49.05 per cent of votes while the Congress had got 41.44 per cent.

Thus we see, in terms of vote base, there is most likely to be even closure contest between the BJP and the Congress in both the states than in the last Vidhan Sabha election, chiefly because of greatly elevated feeling of anti-incumbency against the ruling BJP in both the states due to a range of issues including price rise, unprecedentedly high level of unemployment and general arrogance and highhandedness of the BJP leaders not only towards the common people but also towards its own rank and file.

The new entrant in the political arena of both the state is Aam Aadmi Party (AAP) led by Arvind Kejriwal. Having won the Punjab during the last Vidhan Sabha election, the party is hoping to heavily indent the support base of both the major contestant – the BJP and the Congress – in both the states. However, real strength of AAP in Himachal Pradesh and Gujarat is yet untested, therfore, nothing can be said with certainty about its performance at this point of time.

Given the expectacular political performance of AAP in Delhi due to which the so-called charisma of the PM Modi and the BJP’s Chanakya Amit Shah have visibly rendered politically ineffective, the coming state elections seems to be turning interesting. No doubt, AAP is all set to gain, but only time will tell how much.

Moreover, apart from general concern about communalisation of Indian politics, political persecution of opposition leaders by Modi-Shah duo is being perceived by common people as a threat to individual liberty. The duo is not being appreciated for that and people have started even sympathizing with the victims, such as Sonia-Rahul-Priyanka Gandhi. Modi-Shah duo is clearly heading toward tough political days ahead. (IPA Service)

China On A Fast Track To Increase Its Strategic Hold In Indian Ocean Zone
Posting....