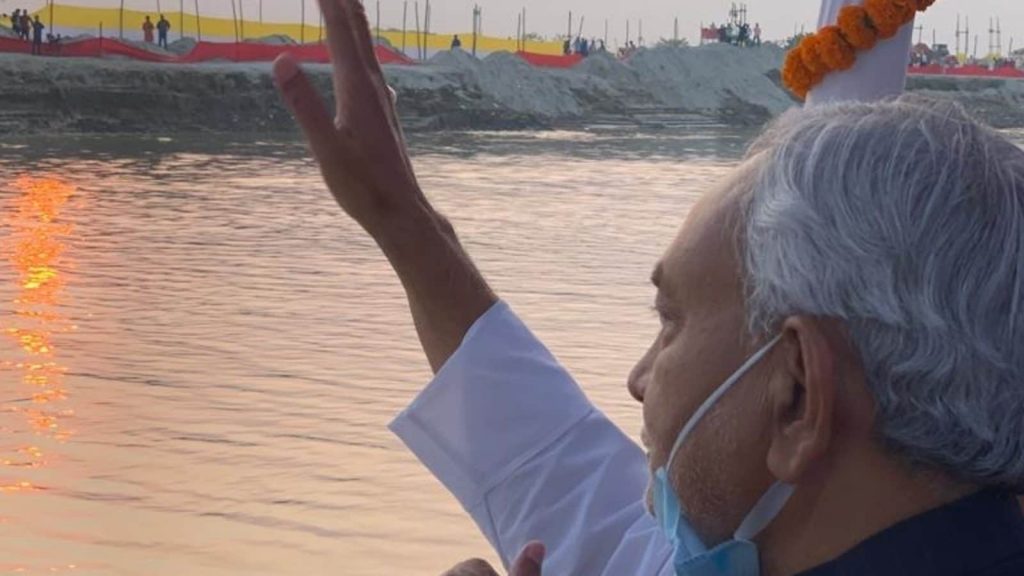 After Yogi Adityanath’s stunning and record-breaking electoral victory in Uttar Pradesh as the incumbent chief minister, the Bihar unit of the Bharatiya Janata Party has started asserting itself in matters related to governance and law and order.

First, deputy chief minister Tarkishore Prasad, who is believed to have been handpicked by BJP leader Sushil Modi, kicked up a row.

Prasad was the first to point fingers at his government, accusing it of failing to control rising crimes in Bihar.

The BJP leader, who generally prefers to remain low profile, asked the government to replicate the Yogi model to curb crimes and bring much-needed development to the state.

A few days later though, Tarkishore retracted his earlier statement and eulogised Nitish for providing a sense of law and order in the state.

It’s not only Tarkishore Prasad. BJP leaders with smaller political stature also cast aspersions on Nitish Kumar, who, apart from being the CM, also holds the most important home portfolio in Bihar.

No doubt Nitish Kumar avoids attacking the BJP publicly, but it’s clear that the state units of Janata Dal (United) and BJP are hell-bent on testing the nerves of the top leadership.

JD (U) state president Umesh Kushwaha reacted to Tarkishore Prasad’s remarks, saying when someone like Prime Minister Narendra Modi hails Nitish Kumar for his work and his persona, nothing remains to be explained.

Kushwaha maintained that during Nitish Kumar’s tenure, the law and order situation in the state has improved manifold. Many policies implemented by his government have been replicated by the Centre and implemented in other states as well, he said.