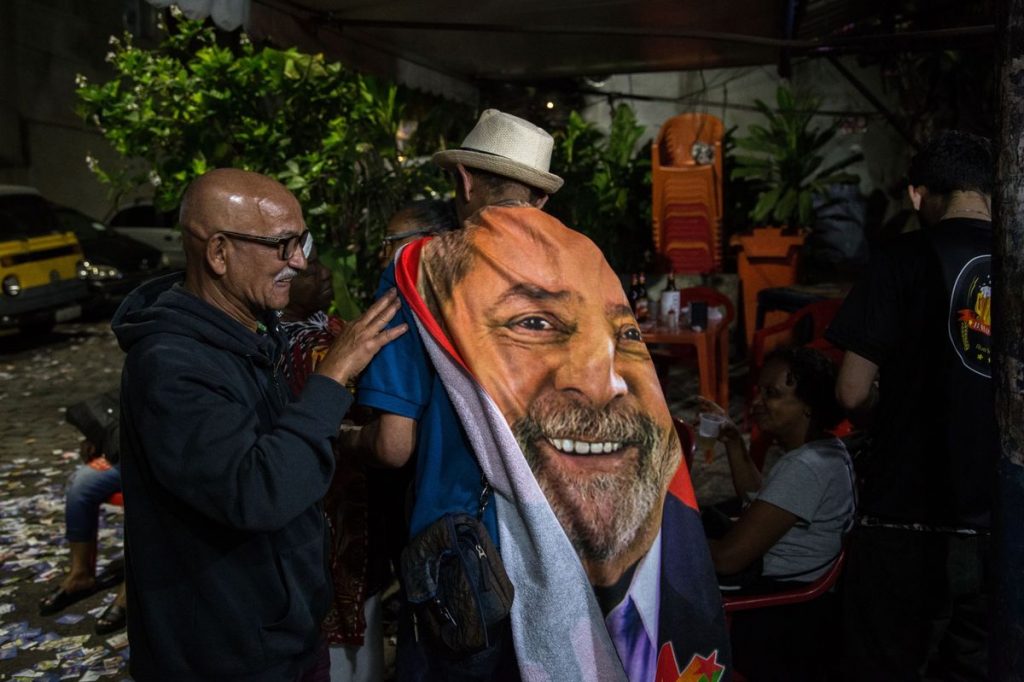 Brazil, the largest populated country in Latin America, failed to elect its next President in the national elections held on October 2 as the front runner in opinion polls Luiz Inacio Lula da Silva, the left-wing former president got 48.4 per cent of the votes polled-slightly less than the required 50 per cent. The right-wing opponent, the current president Jair Bolsonaro got 43.2 per cent much more than anticipated by the political analysts.

Da Silva, popularly known as Lula, went into election day as the frontrunner, with recent opinion polls giving him a commanding lead and even a first-round victory. The strength of Bolsonaro’s support and the much tighter result dashed expectations of a quick resolution to the deep polarisation in the world’s fourth-largest democracy. The results showed that the right-wing candidate was able to mobilise a good section of centrists in his favour at the last days of the poll. Apart from Simon Tibet with 4.3 per cent, the other candidates shared the remaining 4.2 per cent

The battle royale is now limited to Lula and Bolsonaro in the runoff and all efforts will be focused on bringing the major share of the 8.4 per cent votes which were received by the other candidates. Some of these votes belong to the far-right groups, so the Left workers of the PT have to work harder in the next four weeks to add another 1.6 per cent from these voters apart from retaining its 48.4 per cent. The task is tough but achievable.

Bolsonaro had questioned polls that showed him losing to Lula in the first round, saying they did not capture enthusiasm he saw on the campaign trail. The former army captain had also attacked the integrity of Brazil’s electronic voting system without evidence and suggested he might not concede if he lost. But the voting figures showed that the polling was fair, and this was confirmed by many international observers who were present during the polling.

But still, Bolsonaro supporters are saying that they would not accept defeat and during the remaining days before running off, they are expected to campaign that a Lula victory will lead to bloodbath creating apprehensions among the peace-loving middle-class Brazilians who voted for Lula.

Maria Lourdes de Noronha, 63 a supporter of Bolsonaro, said only fraud could prevent a Bolsonaro victory, adding that “we will not accept it” if he loses. “The polls in our country, the media, and journalists, are liars, rascals, shameless,” she said.

Lula, who is seeking a comeback after leading Brazil from 2003 to 2010, said he was running for president “to get the country back to normal” after four years under Bolsonaro.“We don’t want more hate, more discord. We want a country at peace,” the 76-year-old said. “This country needs to recover the right to be happy.”Decked out in Lula stickers, Adriana Schneider was voting at a primary school in Rio de Janeiro. The university professor, 48, said Bolsonaro’s administration had been “catastrophic” for investment in culture, arts, science and education.“We’re living under a barbaric government,” she said.

Lula rose from poverty to the presidency and is credited with building an extensive social welfare programme during his 2003-2010 tenure that helped lift tens of millions out of poverty.

But he is also remembered for his administration’s involvement in vast corruption scandals that entangled politicians and business executives.

Brazil became further tense in advance of the upcoming run off vote, as experts have raised concerns over election-related violence should Bolsonaro refuse to accept defeat.

For months since April this year, the right-wing presidential candidate has been talking of his expected loss in the ‘rigged elections’ and talking of how the Brazilian people will not let the left takeover this country without a fight. He has been regularly criticizing the integrity of Brazil’s voting system and calling his supporters to be prepared for actions if he loses. This is nothing but a call for rebellion by his right-wing supporters against the Brazilian Election Commission and the Constitution

The far-right leader, who rode into office in 2019 on a wave of populist anger after Lula was jailed and his successor was impeached as part of a corruption investigation, has said he views just three possibilities for his future: “prison, being killed or victory.”If needed, Bolsonaro said, he and his supporters would go to war. Bolsonaro is a former army officer, and he favours military dictatorships. So, the political observers in Brazil are worried at the future of Brazil after the elections.

Lula has sought to widen his political coalition ahead of the October polls, naming centrist Geraldo Alckmin as his running mate. The first-round results show the consolidation of right-wing votes in favour of Bolsonaro. He will make efforts to bring in other far right voters in his favour on polling day on October 30. The right has got a big boost as their presidential candidate did much better in the first round compared to all projections. For the Left of Brazil, the runoff battle is a do or die one. The entire Latin American Left is looking and praying for the success of Lula in October 30 run off. (IPA Service)