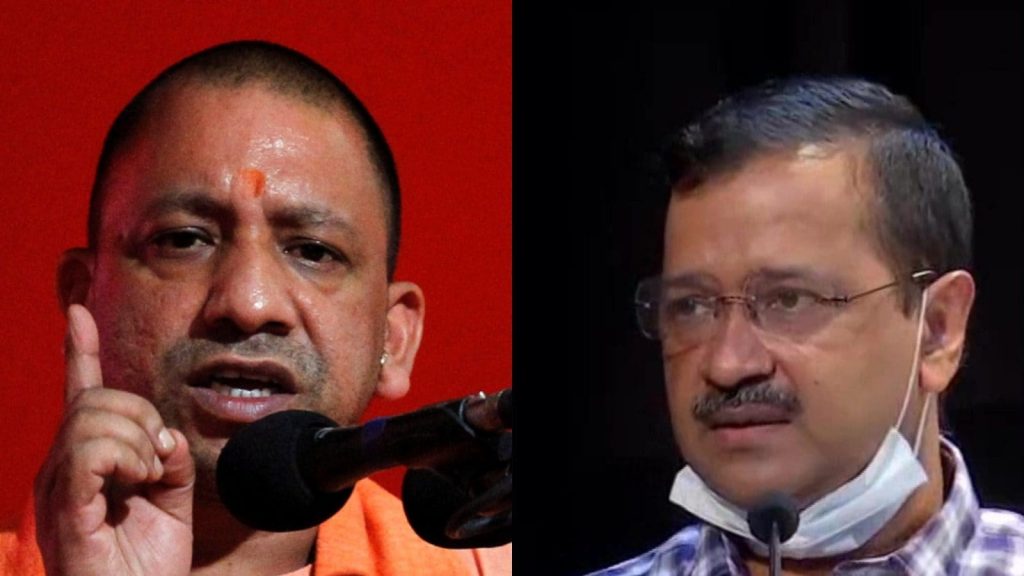 PM Modi gave an absolutely FALSE statement on #MigrantCrisis during the ill-planned lockdown.Country expected him to be sensitive to people’s suffering but he’s busy doing dirty politics.

This sparked a reaction from Adityanath later in the day as the UP CM asked Kejriwal to “apologise to the entire nation” and quoted a couplet from Goswami Tulsidas, the author of “Ramcharitmanas”, to make his point.

“Kejriwal has a knack for telling lies. When the whole country was battling a global pandemic like Corona under the leadership of the respected Prime Minister, Kejriwal showed the migrant laborers the way out of Delhi,” he said in the next of a series of tweets.

He then went on to accuse the Delhi Chief Minister of “cutting electricity and water “of migrant labourers and forcing them to leave the city.

“The electricity-water connection was cut and the sleeping people were picked up and sent to the UP border by buses. Announcement was made that in Anand Vihar, buses will be available for UP-Bihar. The UP government arranged buses for the migrant laborers and brought them back safely,” the tweet read.

In the final one, he addressed the Delhi Chief Minister directly. “Listen Kejriwal, You forced the workers of UP to leave Delhi when the entire humanity was groaning due to the pain of Corona. Your government did an undemocratic and inhuman act like leaving even small children and women helpless on the UP border in the middle of the night. Call you anti-humanity or…” the post read.

Hitting back, Kejriwal said: “Listen Yogi, You just let it be. Just like the dead bodies of the people of UP were flowing in the river and you were giving advertisements of your false applause in Times magazine by spending crores of rupees. I have never seen such a harsh and cruel ruler like you”.

Images of thousands of migrants walking miles to get back home after the lockdown was imposed had sparked a furore across the country, with the opposition blaming the Centre of making an announcement with any thought of the fallout.

On Monday, PM Modi accused the opposition of “pushing” migrant labourers into “difficulties”. He specifically mentioned the governments of Delhi and Maharashtra, saying “During the first wave… the Congress at the Mumbai railway station gave tickets to labourers to go and spread coronavirus”.

“In Delhi, the government used mics on jeeps in slums to go home, arranged buses,” he then said, adding, in Uttar Pradesh and other states “where corona didn’t have this intensity, there also coronavirus spread due to this”.

Maharashtra, too, did not take kindly to the prime minister’s charge, with Mumbai Congress chief Bhai Jagtap questioning how the virus reached the country. “Rahul Gandhi had already said that international flights should be stopped so that cases do not increase, but it was not done,” he said.

He also pointed out that the central government had a role in the matter. “We sent people by 106 trains. When the government said they are waiving 75 per cent of the fare, we did the work of paying the remaining 25 per cent and arranged for their food and drink,” he said.

Shiv Sena’s Priyanka Chaturvedi asserted that if looking after migrant labourers, offering them food and shelter was “wrong in the eyes of the PM, then will make this mistake 100 times over… for humanity”.