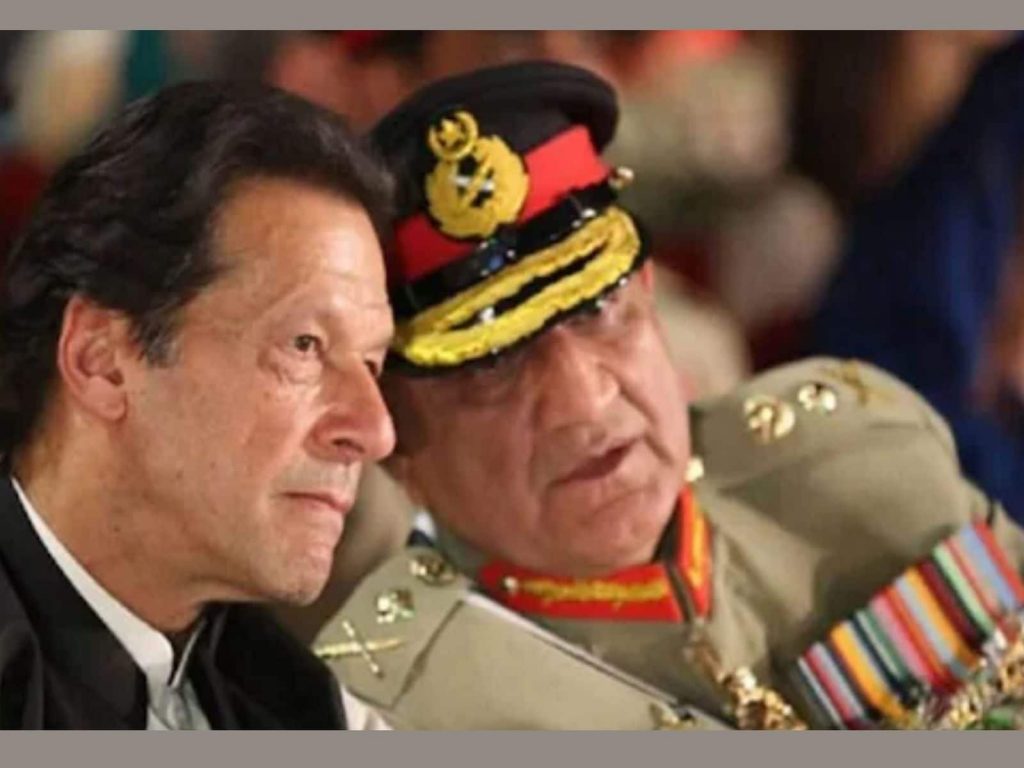 Through months of melodrama in Pakistan, many experts expected that the army may intervene again in the name of saving the people from an “incompetent and self-serving” political class. Some experts believe that Pakistan army will avoid taking responsibility for a troubled economy and the evolving complexities of geopolitics. In reality, the army is facing the real prospect of losing its control as well as sheen. It has cleverly used political and non-political actors to shift the focus to the failures of Imran Khan government and has set the stage for months of wrangling between the government and an ex-PM on the loose.

This provides it with time and space to try to regain control within and beyond Pakistan’s borders. The contours of manoeuvres are already visible — including the use of proxy violence in Af-Pak, the aggressive propping up the   Haqqani group against the Kandahar Taliban and shoring up anti-West and extreme rhetoric in Pakistan through political and social media proxies. These dangerous moves are likely to further destabilize Af-Pak and other regions and ultimately could create a “compelling” case for outside intervention and could create a “compelling” case for outside intervention in Afghanistan.

The two historically compelling situations — the entry of Soviet troops in 1979 and the 9/11 attacks in US-led to decades of war and violence and ultimately could create a “compelling” case for outside intervention in Afghanistan. The development had serious spillover effects on the world. The decades since 1979 also led to creation of some anti-Pakistan groups and resulted in much violence against people. But the army strengthened its place as an “indispensable player”.

However, the Taliban takeover of Afghanistan on August 15, 2021, has shattered the army’s standing. The world no longer needs it to access the Taliban or Afghanistan. The Taliban has turned the tables on the army by steadfastly supporting the Tehrik-e-Taliban Pakistan’s (TTP) attacks on Pakistan forces. The attacks picked up the pace with the signing of Doha agreement in February 2020. Between 2020 and 2021, the number of attacks claimed by the TTP went up from about 180 to over 320 and the casualties of Pakistan forces from 400 to over 800. This year, TTP has claimed over 400 casualties in over 150 attacks on the Pakistan army, paramilitary and police across the tribal belt, in Balochistan and key cities.

In the past, the army has managed to curb the TTP’s social media campaign to hide its casualty. Now the TTP backed by pro-TTP Taliban account showcasing the names and faces of those getting killed. The Baloch and another groups have also upped the ante and are drawing the moral support from the TTP, which is portraying “Afghans, Pashtuns and Balochs” as victim of the army’s brutality and calling for the liberation of the Af-Pak border region. Pashtun anger at the forcible erection along the Durand line is leading to frequent skirmishes with Pakistan’s forces. Acutely aware of serious threats, for months, the Army has been struggling to manage the security situation with “unannounced” operations. However, it seems to be failing. After years of blaming foreign agencies for propping up TTP, it has no excuse for its failures.

Relations with China, at least in public, remains steadfast. However, Chinese interests in Pakistan are being targeted more often. The April 26 suicide attack by a Baloch woman on a Chinese team inside Karachi University is a big escalation, which is being hailed by the TTP.

Despite all the talk about counter-terrorism cooperation with the US, coupled with “deliberate bravado” delivered through the then PM Imran Khan, the US has taken the bait. The phone call that the US President never made to the PM seemed to be a loud message to the army about its trust worthiness..

Fully aware of its own weaknesses in Afghanistan and the dominance of Pakistan army along with its more crucial border, the Taliban also seems to be deeply suspicious of the latter’s intentions. The Army’s double dealings have not only hurt its credibility with the West but also with the Taliban, perhaps irreparably. So, while the TTP is keeping the army in check, the Taliban is readying its hand at governing Afghanistan and stitching some loose alliances with other nations.

The army has used its command and control over the Islamic state Khurasan province (ISKP) to mount deadly attacks on civilians, especially the Shia/Hazra and Taliban leaders and fighters in Afghanistan. In addition, it has been frequently attacking the areas across the Durand line, inviting serious backlash from the Taliban-TTP combine as well as Pashtun population. In a change of tactics, in the past few weeks, apart from Kabul, the ISKP is focusing on targets across non-Pashtun areas of northern Afghanistan.

This would help divert the Taliban’s energies to the north and move the conflict closer to Central Asia and Iran. While attempts would be made to somehow break Taliban-TTP links — serious efforts are also visible in South-Asia, including in Bangladesh and India, especially Jammu and Kashmir. The latest propaganda of the ISKP and other Pakistan proxy, al Qaeda in the Indian subcontinent, is just one indicator of threats building up to “reverse stretch” the neighbours, while the army tries to regain its control and sheen. (IPA Service)