No Scope For Review, Sedition Law Must Be Removed From Statute 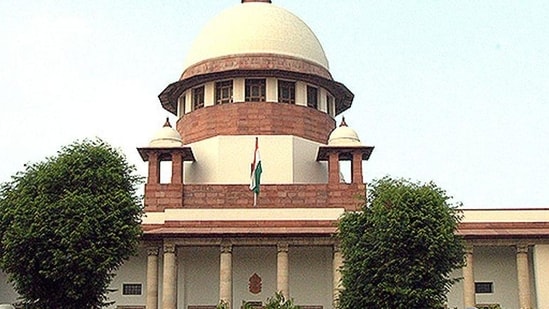 Two hundred and thirty years back, noted British-American author, political theorist and philosopher Thomas Paine was charged with sedition for publishing his treatise the Rights of Man in England. Rights of Man severely criticized the monarchy, hereditary government and advocated social welfare measures for the poor. Paine’s criticism of the monarchy and the nobility and his belief in the sovereignty of the individual irked the ruling classes. He was sentenced for execution by hanging in abstentia for seditious libel.

In our times, seldom do we find expressions supporting monarchical forms of government and democracy, constitutionalism and popular sovereignty have emerged as the founding pillars of democratic societies. Paine was right, those who condemned him to the gallows were wrong. More than two hundred years after Thomas Paine’s sentence, Britain decided to repeal the law of sedition in 2010 with the then British Minister for Justice Claire Ward saying “freedom of speech is now seen as the touchstone of democracy, and the ability of individuals to criticize the state is crucial to maintaining freedom.”

In our own legal edifice, the law of sedition found its way in Chapter VI of the Indian Penal Code. The colonial government, afraid of the emancipatory feelings in the Indian masses used this section liberally to curb free speech and nationalist movement. Lokmanya Bal Gangadhar Tilak was one of the first victims of the amended law in 1898 followed by Mahatma Gandhi and a whole galaxy of freedom fighters. Speaking at his own sedition trial, Mahatma Gandhi called Section 124A “The Prince among political sections of the Indian Penal Code, designed to suppress the liberty of the citizens.”

After gaining independence from the British, the needs of the emerging republican Indian state were very different from the British colonial government. The intent of colonial legislation was to keep the rising fervor for freedom in check while the Indian Constitution secured liberty of thought, expression, belief, faith and worship to its citizens. In the Constituent Assembly, Dr. Ambedkar passionately argued for liberty, equality and fraternity becoming the principles of our democratic lives. Still, the section of sedition was retained after gaining independence even though our first Prime Minister Jawaharlal Nehru criticized it in no uncertain terms.

In our country, Freedom of Speech and Expression is enshrined as a guaranteed Fundamental Right in Article 19(1) (a) of the Constitution. Criticism of the government of the day and its policies is an essential part of a parliamentary democracy. Criticism and tolerance strengthen a democratic society, keeping the government accountable thus becomes a form of patriotism.

However, the existence of this colonial relic, Section 124A of the IPC, has acted as a constraint on the exercise of this right and governments have used sedition to suppress and quell political dissent. Keeping this in mind, I introduced a Private Member’s Bill in Rajya Sabha in year 2011 to abolish Section 124A of the Indian Penal Code. I submitted to the House that “the adverse effect of [this] section on individuals and organizations that work for the unity, integrity, equitable development of India and the citizens of the nation, it is felt necessary to delete section 124A from the Indian Penal Code, 1860.”

My submission generated a debate around this draconian section but it could not be put to vote. When I moved the Private Member’s Bill to abolish sedition, the Congress-led United Progressive Alliance government was in power. It is important to highlight this fact because my contention was not with this or that party in power but with the presence of arbitrary, unjustified and undemocratic powers in the hands of the government like Section 124A or the dreaded Unlawful Activities (Prevention) Act.

After the BJP led government came to power in 2014 and BJP won elections to many state assemblies, there has been a marked increase in the use of sedition charges. The sword of Section 124A was hanging over the head of any politician, human rights activist or advocacy groups who dared question the government’s stand. Branding dissenters as anti-national and slapping them with sedition or UAPA charges has become a fashion. This goes against the spirit of debate, discussion and frank criticism of the government envisioned in our freedom struggle. Questioning the patriotic credentials of others has been a trend with BJP followed by false charges of sedition or anti-national activity under Section 124A or UAPA. BJP leaders pay lip-service to Gandhi but can never understand his invaluable maxim that “affection cannot be manufactured or regulated by law.”

Going through the data available on draconian charges like 124A or UAPA completely exposes the untenability of these anti-people laws. According to National Crime Records Bureau Data, there were a total of 156 cases of sedition pending in 2017. In that year, only 27 cases could be disposed at the police level by withdrawing the case or submitting a charge-sheet. In courts, out of the 58 cases on trial, only 1 conviction could be obtained and the pendency rate for the cases of sedition was close to 90%. Number of cases increased in 2020, the year for which latest NCRB data is available, but with the same results of the total 230 cases registered, only 23 were charge-sheeted. Pendency in court reached close to 95% for sedition cases in 2020. The abysmally low rate of conviction and disposal of these cases make it clear that these charges are slapped with very flimsy of no evidence just to intimidate or harass those who question government’s fiat. On the baseless pretext of sedition or anti-national activity, the government is keeping political activists, human rights defenders, civil rights workers in prison ad infinitum to create an atmosphere of fear and servility.

The picture is no different for the contested Unlawful Activities (Prevention) Act. Cases under UAPA have increased by about 75% in the years 2017-2020. There was a total of 4827 cases of UAPA pending in 2020, out of which only 398 could be charge-sheeted in that year. The pendency rate in court remained 95% indicating clear harassment and violation of the right to life and liberty for a great number of people who are suffering in the diabolical prison conditions of India. Progressive section of citizenry and political opinion has been constantly asking for the repeal of these laws that endanger our fundamental constitutional values. A consultation paper on sedition circulated by the Law Commission of India on 30th August 2018 found many issues that need addressing around the working of Section 124A.

Most recently, on 11th May 2022, the Supreme Court has directed the Union government and the states to refrain from using the law of sedition and keep all previous cases under 124A in abeyance till the matter is reconsidered in a comprehensive way. In context of the evolved reality around us, if we are to improve the democratic foundations of our country, there must not be any space of sedition. Dissent, criticism and differences of opinion are vital for the functioning of any democracy. On the other hand, witch-hunting of those who question the government of the day reminds of medieval time and totalitarian rulers. It is time we usher in the era of free speech and debate truly, for that, sedition law must go. (IPA Service)

The writer is General Secretary, Communist Party of India (CPI).