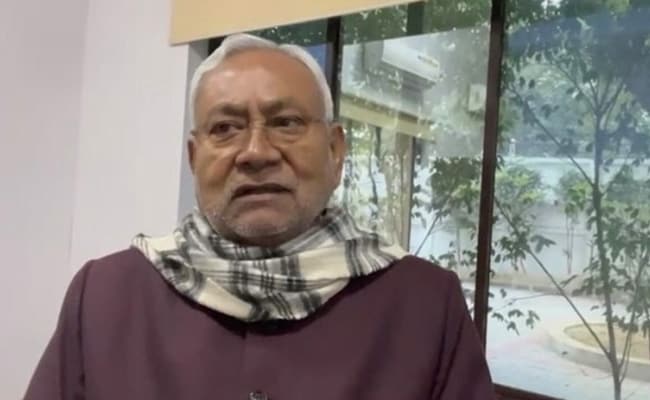 Bihar Chief Minister Nitish Kumar was on Wednesday aghast over a petition challenging the ambitious survey of castes, ordered by his government, filed before the Supreme Court.

He pointed out that what was being undertaken in Bihar was a “ganana” (headcount) and not a “janganana” (census), indirectly debunking the PIL’s contention that the state government was undertaking an exercise for which only the Centre was competent.

“It filled me with surprise when I learnt about the petition. Why should anybody have a problem with the survey? It is being carried out with the welfare of all sections of society in mind,” asserted the longest-serving CM of the state.

He was talking to journalists in the north Bihar district of Madhubani, which he had visited as part of his state “Samadhan Yatra”.

The petition, filed by a couple of advocates, is slated for hearing later this month.

The JD(U) leader pointed out “it is not that my party imposed its own will for the survey which followed two unanimous resolutions passed by the legislature and an all-party meeting. Moreover, caste-based reservations have been in place for long. My party even supported 10 per cent quotas for economically weaker sections among the upper castes”.

The PIL has expressed fears that the survey could intensify caste divides in society.