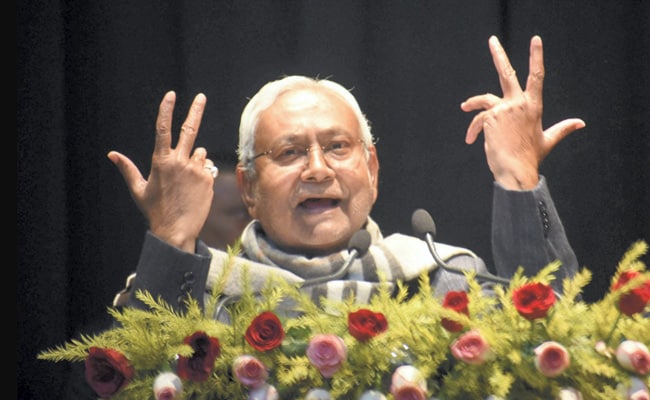 Bihar Chief Minister Nitish Kumar on Saturday targeted Prime Minister Narendra Modi after he was called “the father of the nation” and asked what has the “new father” done for India.

“New father of new nation, but what have you done for the nation? Has anything significant be done? How has India progressed? The only thing that has happened is that new technology has been developed,” Kumar said at an event, ANI reported.

Kumar was reacting to a comment made by Amruta Fadnavis, wife of Maharashtra Deputy Chief Minister Devendra Fadnavis’ in which she calls Modi the father of new India.

Nitish also said that the contributions of Mahatma Gandhi, refereed to as the father of the nation, are unparalleled and unforgettable.

“What have they done for independence? The RSS had no contribution in the fight for freedom. My father took part in the independence struggle. And even though I was born after the colonial rule ended, but we got to understand everything,” he added.

Her remark evoked strong reactions from the opposition Congress as well as Tushar Gandhi, the great-grandson of Mahatma Gandhi.

With inputs from News18
IPA Special