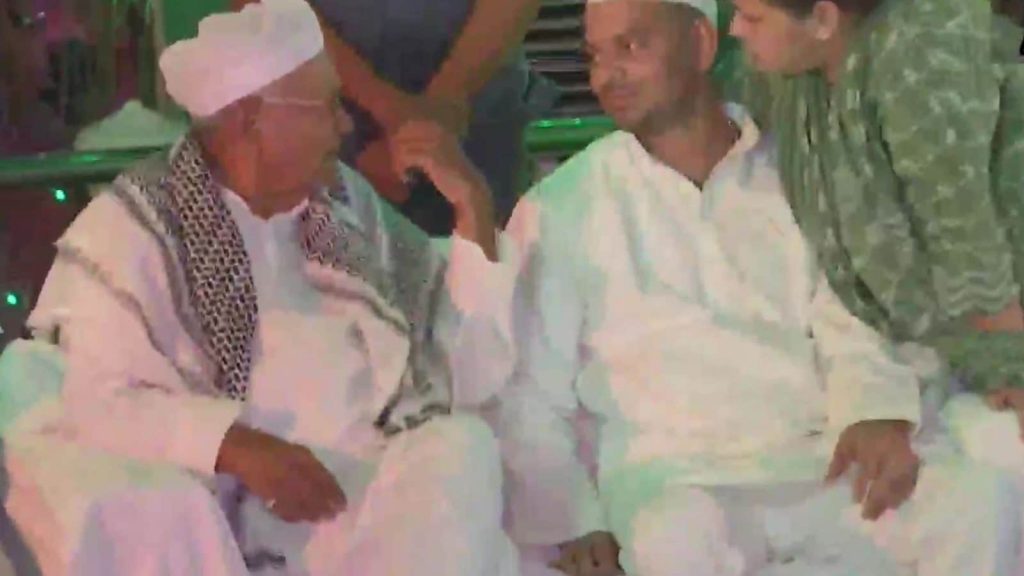 Nitish Kumar on Friday stirred the hornet’s nest in Bihar’s politics as he attended an Iftar party organised at the residence of former chief minister and RJD leader Rabri Devi in Patna, adding fuel to speculations that he was planning a return to the ‘Mahagathbandhan’ fold.

The presence of the Bihar chief minister, who attended the RJD’s Iftar party after a gap of five years, stoked fire at a time when there is a buzz of rift in the NDA in Bihar after RJD’s victory in the Bochahan bypoll.

In a bid to rubbish news of tensions in the alliance, BJP leader and Bihar Minister Shahnawaz Hussain said, “Sushil Modi ji and I had hosted Iftar and Nitish Kumar had also come there. Here, Tejashwi Yadav has hosted one and we were invited, so we have come. There is no need to make any political issue out of this.”

Meanwhile, Lalu’s daughter Misa Bharti termed it a mere “tradition”. “There is a tradition in Bihar that on Iftar all the political parties are invited. So we have also invited Nitish Kumar and he came. We are happy that he came to our party. I think there is no need to make any political issue out of this.”

Alliance partners JDU and BJP in Bihar are at loggerheads on a plethora of issues, including caste-based census, NDA leadership in Bihar, liquor ban, and law and order situation. ‘Mahagathbandhan’ or the Grand Alliance in Bihar consists of Rashtriya Janata Dal’s (RJD’s) Lalu Yadav and the Congress.

The defeat in Bochahan assembly bypoll continues to rile the BJP, which has become the single largest party in the Bihar Assembly following the recent defection of all three MLAs of its former ally Vikassheel Insaan Party (VIP) of Mukesh Sahni.

Rajya Sabha member Sushil Kumar Modi, who has for long served as deputy chief minister in the Nitish Kumar government, however, said it was for the ruling NDA to review the huge debacle not just in Bochahan, but also in the Legislative Council elections for 24 seats from urban local bodies, in which ruling allies BJP and JD-U together ended up losing 10 of their seats, while the RJD was the biggest gainer.