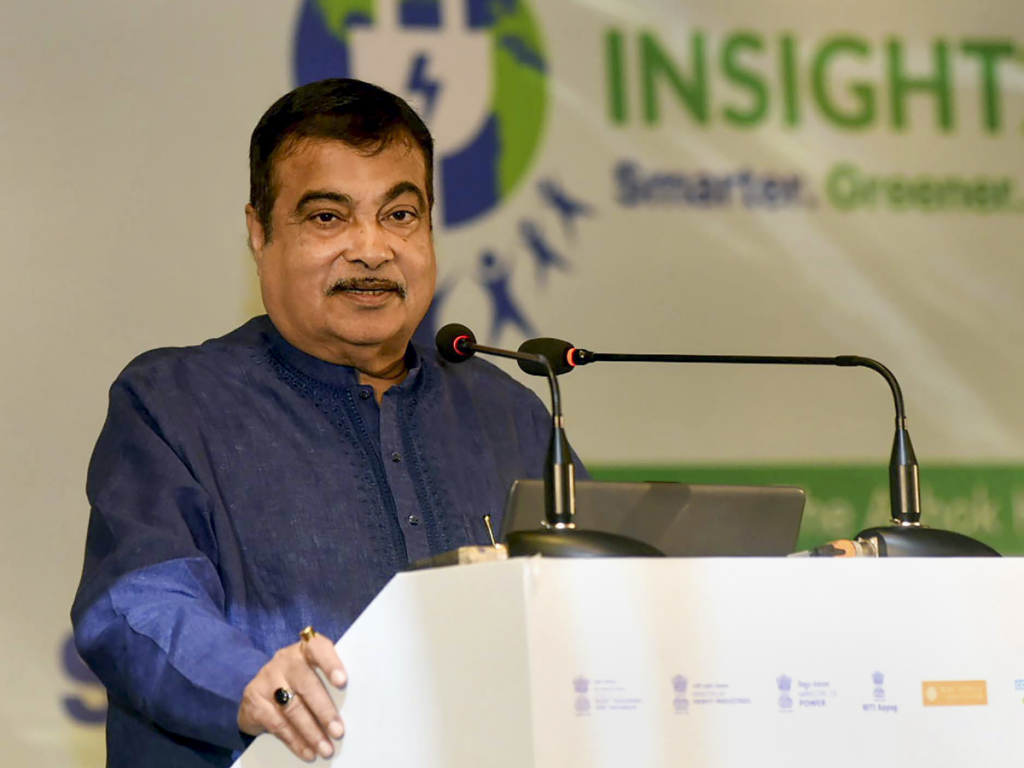 The Modi government’s Transport minister Nitin Gadkari doesn’t know the slippery slope of being subjected to journalism and what happens when social media joins the toxic parade. The minister, who lost considerable weight to gain fame, is no lightweight though he often lands in weighty controversies despite being applauded for being the sole Modi-minister to call a spade a spade.

Gadkari was in the Cheetah’s maw the other day when he got on to the expressway and rather unwittingly, some would say “quite stupidly”, landed in a pothole by opening his mouth to a journalist who didn’t mind “out-of-contexting” disclosures for the cheap thrill of engaging more people than he could have otherwise.

Nitin Gadkari is seething but managed to keep his legendary cool. Unlike his colleagues in Modi’s council, Gadkari prides himself in being different, and the “different” means he connects with Prime Minister Modi, a fellow RSS ‘pracharak’, at a different unfathomable level. The media has helped build this “different aura” around Gadkari, which he courts, and counts upon.

This once, though, Gadkari got caught in a juxtaposition. Was it a trap question? Or, would it rank as a trap set for the Narendra Modi government, which now has to answer in spades to Gadkari’s revelations that aren’t revelations because they were in the public domain for long, waiting for somebody of the stature and position of Nitin Gadkari to juxtapose.

Now, some are gloating that Gadkari is looking for a place to hide, if he hasn’t already found one, which to be honest, he hasn’t. For the last couple of days, Gadkari has been rueing making his “Rich nation, poor people” speech in Nagpur, which is home to RSS and oranges.

Pulled out of context and given time, “poor people” has in it the coup d’etat to bring down governments. The fact is, of late, Modi and his ministers have been riding a wave of self-declared ascendancy — “fifth largest economy, fastest growing large economy…blah blah blah.”

And then, Nitin Gadkari jumped in with a few coffin nails!

“We are fastest-growing economy in world, and fifth largest economy. We are rich nation with poor population. Our country is rich, but population poor, facing starvation, unemployment, poverty, inflation, casteism, untouchability and other issues,” Gadkari told the predatory journalist.

But if that also wasn’t telling Prime Minister Narendra Modi what is what, what else was it? Folks countrywide know that the “rich nation-poor people” image fits Modi’s India like a Modi-mask, and was not a façade. India recently took over from Nigeria the title of the country with the most number of extremely poor, and not a week ago, Gautam Adani took the title of the “2nd Richest Man” on the Planet of the Apes!

Also, there is a bloating list of Indian billionaires, and an even longer trailing paper trail of ‘desi’ dollar millionaires, in addition to a burgeoning upper middle class with resources to splurge and fatten on. Juxtapose them with “free rations for 80% of the population extended for another three months”, and the “rich nation-poor people” conclusion hits Modi in the face.

You think “free rations populace” will suddenly have no more need for free rations the day after the Gujarat elections? Will “extreme poverty” wipe away in one fell swipe the day after the vote is cast in the name of Prime Minister Narendra Modi? The long and short is, Prime Minister Modi rides a glossy Rs 12.5 crore “garib rath” (Mercedes Maybach S-650) in an India where poverty and potholes jostle with wealth and greed and there’s no note of apology in Modi when he stands up at world forums and photo-ops in million-rupee Hindustani suits.

Juxtapose Modi in his finery with Laxman’s ‘Common Man’ in his patched livery, and Transport Minister Nitin Gadkari’s “rich man, poor nation” description fits India like a sinister glove. Embedded in the juxtaposition is the failure of successive Indian governments, but What stinks about this government is the complete lack of empathy foor the poor and the oppressed other than what comes clothed in “labarthi” schemes, temporary vote-catching relief.

Modi cannot hit out at O’Brien, or Rahul Gandhi. He does not even have the moral compass to summon his own transport minister and blast him for telling the truth. Nothing but the absolute harsh truth that Gadkari spoke in a fit of straightforward honesty, leaving people wondering which truth-serum Gadkari keeps in his bathroom closet! Prime Minister Narendra Modi perhaps has no antidote to Gadkari-truth. (IPA Service)