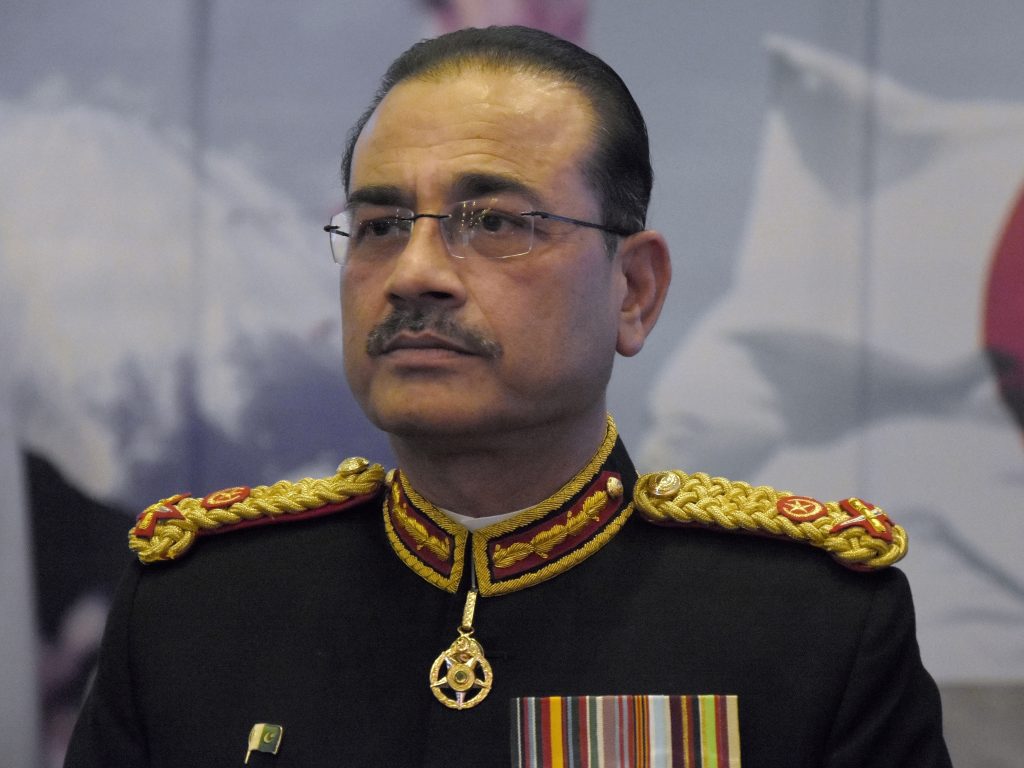 The nomination of 57-year-old Lieutenant General Syed Asim Munir Ahmad Shah, the senior-most officer among the nominees as the Chief of Army Staff of Pakistan Army has put the erstwhile Prime Minister and chairman of Pakistan Tehreek-Insaaf  Imran Khan Niazi on pins and needles.  The PTI supremo made a frantic attempt to prevent General Asim Munir’s nomination and even met  the President of Pakistan Arif-ur-Rehman Alvi  at a one-to-one meeting in Lahore to dissuade the latter from signing the summary on General Asim Munir’s appointment as  the COAS, but in vain.

Corridors of miltablishment in Rawalpindi were in those times   abuzz with whispers that the PM Khan and the erstwhile COAS General Qamar Javed Bajwa were in a disputatious collaboration. Soon thereafter Khan   began blaming the military for facilitating an American-sponsored regime change, designed to oust him from the premiership.

Political analyst Muzamal Suharwardy disclosed at the flagship NayaDaur show Khabar Say Aagay on Thursday that Imran Khan did not want President Alvi to sign the summary on General Asim Munir’s appointment as the COAS. According to Suharwardy, Khan wanted DrAlvi to note his dissent but the President was unable to oblige the Opposition leader. In place of General Asim Munir, Khan recommended General Sahir Shamshad Mirza who is the Corps Commander X Corps Rawalpindi .Alvi-Khan meeting took place at the Zaman Park for 45 minutes very recently.

The Prime Minister of Pakistan Mian Muhammad Shehbaz Sharif, in exercise of his constitutional authority advised  the President to   nominate General Asim Munir as the COAS in exercise of Article 243(3) of the Constitution of Pakistan.. General Mirza has been nominated as  the  chairman Joint Chiefs of Staff Committee.  But the PM actually had no role in it as the diktat came, as usual, from Rawalpindi, the army headquarters.

The post of COAS is important both strategically and politically in as much as the COAS is regarded as a senior civil servant in the military bureaucracy. His responsibility is crucial as in the Pak reality, the COAS is quasi -omnipotent in a country whose history is replete with  no-infrequent episodes of military rule and hybrid experimentation. The COAS is shah-en-shah of ‘miltablishment’ who exercises immense influence over important domains including national security and foreign policy.

General Munir graduated from Fuji School Japan, Command and Staff College, Quetta, Malaysian Armed Forces College, Kuala Lumpur and National Defence University, Islamabad. An M.Phil in Public Policy and Strategic Security Management from the National Defence University. his military career began in 1986. He assumed the post of director general of Military Intelligence  in 2017 and proved his competence in managing the administrative intelligence apparatus that looks after organisational security, aside from gathering of  intelligence on adversaries’ ground forces capabilities. In March 2018, he was crowned with the Hilal-e-Imtiaz (Military) for ‘meritorious contribution to the security and national interests of Pakistan’.

Significantly, General Bajwa in his last speech at the GHQ Rawalpindi at a ceremony for families of martyrs, admitted  that the military’s intervention in national politics – directly or indirectly – would be “unconstitutional.” But that does not mean, that there is a change of heart in the miltablishment as  the fight over power, and more power, will remain between the political and military establishments .But  acknowledgement has come from General Bajwa himself  stressing the need for the nation to shed intolerance and adopt a “true democratic culture”, and that“…in February last year the army, after great deliberation, decided that it would never interfere in any political matter” cannot be ignored out of cynicism.

Six years ago, when General Bajwa took over the baton, the task before him  was no doubt  daunting. While tension was simmering  between India and Pakistan and troops regularly trading fire across the Line of Control,  Pakistan’s relations with Afghanistan were on a decline and the then   Afghan President Ashraf Ghani was urging Pakistan to help mediate a peace deal with Afghan Taliban while Islamabad , keeping the Taliban in good humour,  made it bluntly clear that it   could not force the Taliban against their will.

The road ahead of the new COAS is bumpy as a whole slew of challenges is before him. ‘Will he focus on delivery in his sphere or lock horns with matters beyond his scope? Will he be able to enhance democracy and strengthen political institutions as suggested by his predecessor? (IPA Service)