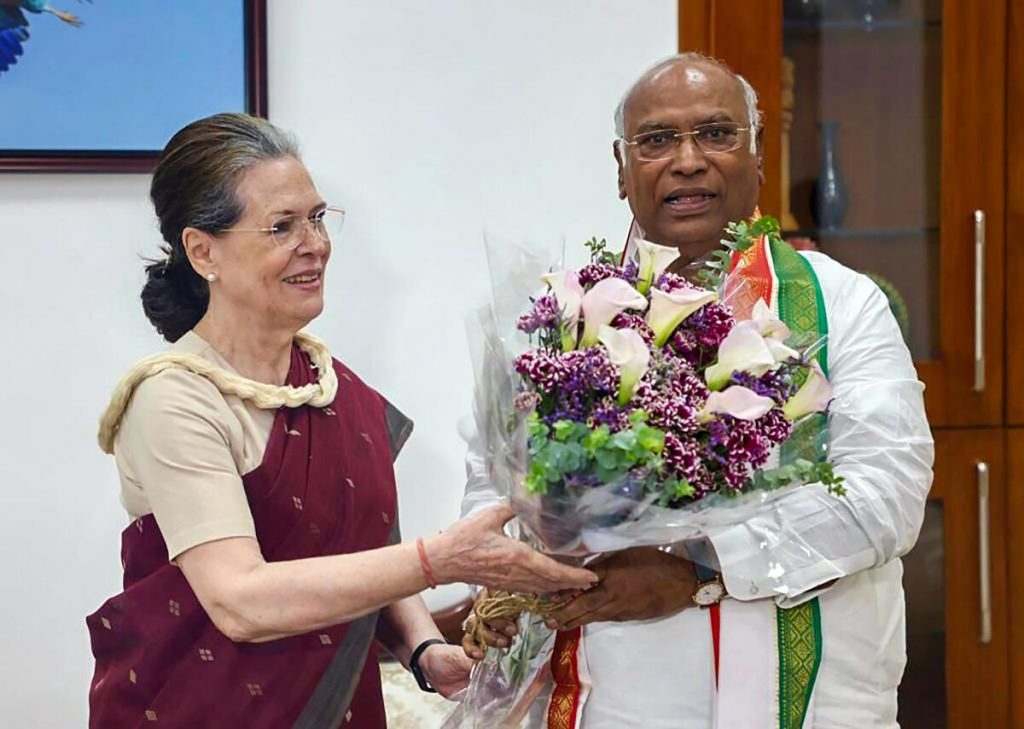 THIRUVANANTHAPURAM: Defeated, but not disgraced. That is the apt assessment of the outcome of the Congress presidential election, which saw Mallikarjun Kharge become the first non-Gandhi leader to head the grand old party in 24 years.  The Congress veteran will officially take over the post on October 26.

The election was significant in may respects. For instance, the top post witnessed an electoral contest after two decades. The last election for the post of Congress in which Sonia Gandhi defeated her rival, candidate, Jitendra Prasada by a huge majority.

Of course, Kharge’s victory was a foregone conclusion. The only point of interest was the number of votes Shashi Tharoor would secure. At the end, Tharoor sprang a surprise by managing to bag 1 072 votes against Kharge’s 7,897 votes out of the 9300 votes polled. Although the Congress High Command had proclaimed its neutrality, senior party leaders quietly made it clear that he had the blessings of the High Command. The official section thought Tharoor would not get more than 300 votes. But the outcome has given them a big jolt with Tharoor managing to get more than 1000 votes – a creditable performance given the odds

The election campaign, for instance proved clearly the playing field was anything but level. Tharoor complained to the Central Election Authority that the delegates list contained glaring errors. There was no address against over 300 delegates. In many cases, there was no phone number either. This severely hampered Tharoor’s campaign. Tharoor also raised allegations of preferential treatment to Kharge by senior leaders. The pitch was ‘uneven’, complained Tharoor. The discontent in the Tharoor camp was clear from the letter his campaign team member Salman Soz sent to the party’s chief electoral officer Madhusudan Mistry.  “The facts are damning and the election process in UP is devoid of credibility and integrity.”  The letter also pointed to the use of unofficial seals for ballot boxes and the presence of unofficial persons in booths.

Tharoor himself denied being a candidate of dissent. “I was a candidate for change,” he said, adding that he was not worried about what is in store for him. If Kharge sought his advice, he would urge him to implement the recommendations he had put forth in his election manifesto. “I contested in the election for the future of the party and the country,” averred Shashi.

He was also happy about the support he received from his home state. Tharoor said he must have secured between 130 and 140 votes from Kerala. He would have bagged more votes but for the pressure exerted on the delegates by senior party    leaders. Tharoor must feel indebted to MK Raghavan, Congress MP from Kozhikode in Kerala, who stood rock solid behind him right from the beginning. Raghavan openly said Tharoor would be an asset for the party, which is going through an extremely difficult phase.  The Kozhikode MP also ignored an open taunt from Kerala Pradesh Congress Committee (KPCC) president K Sudhakaran who had a dig at Tharoor by describing him as only a trainee. Raghavan had the guts to retort saying that Tharoor was not a trainee but a trainer.

True, Tharoor said he was not interested in party posts. But the Congress high Command must not take him by his word. The grim reality is that the Congress cannot afford to alienate leaders of Tharoor’s calibre and charisma. It must not make the mistake it committed in ignoring Madhya Pradesh Congress leader Jyotiraditya Scindia, who ultimately joined     the BJP. In any case, Tharoor has proved that he was no more a lightweight. By polling an impressive 1072 votes, Shashi has proved his popularity in the party, especially among the younger leaders and party activists.  The overwhelming support he is getting through the social media also shows that Tharoor can no longer be cold shouldered.

This being the ground reality, the new Congress president has his task cut out. Kharge must accommodate Tharoor by giving him a post befitting his stature and popularity. May be a berth in the Congress Working Committee (CWC). Kharge cannot afford to ignore Tharoor’s stand that the party must end the ‘High Command culture’.  The practice of leaving the selection of even district Congress chiefs to the High Command must end. Otherwise, all talk of inner-party democracy and transparency will ring hollow. True, the Congress will find it hard to end the influence of the Nehru family.

There is no denying that a substantial section of Congress activists and leaders believe that the Congress cannot survive without the backing and the blessings of the Nehru family. Therefore, Kharge has a difficult job to do. He has to do a fine balancing act by ensuring that he does not antagonize the Nehru family. At the same time, Kharge cannot afford to turn a blind eye to the overwhelming desire for change amply reflected in Tharoor’s impressive show. A difficult task, but not an impossible one. The High Command also has a big role to play.  It must not be seen to be calling the shots. It must maintain neutrality and not impose its decisions on Kharge. If the High Command fails to do that, the very purpose of the election would stand defeated. And that is a luxury the grand old party cannot afford at this crucial juncture.   (IPA Service)

India Under Narendra Modi Is The Hunger Spot Of The World In 2022
Posting....