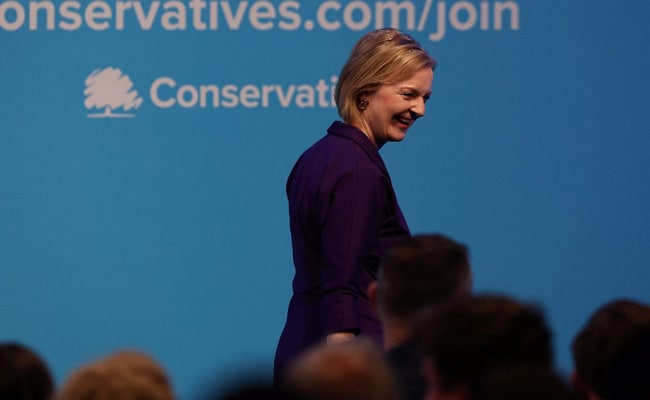 The newly elected British Prime Minister Liz Truss will have an arduous road ahead. While the inflation in the United Kingdom has hit a 40-year high and growth in the Euro region has fallen the cry for subsidy has become bigger than before. Inflation is expected to rise further from 9.4% in June this year to 13% during the year end. Meanwhile, the UK public is angry about subsidized meals for British MPs in the Parliament, while there is no budget to provide meals to poor children in schools.

Historically, the UK is run by insiders including pensioners, trade union leaders, and public sector workers. During the last two months, the UK has seen a rise in the number of labor agitations, starting with train and airline workers. Higher energy and food prices are making people restless, demanding for higher wages. The Russia-Ukraine war has also broken the food and vegetable supply chain, raising the price of daily necessities items, further. A bulk of edible oil and wheat imported by Europe comes from Ukraine and Russia. Both these countries are one of the largest producers of wheat and edible oil. Added to this is the climate change with scorching heat destroying 4259 square miles of agricultural land in Europe.

The impact of a rising food and energy price is going to hit the consumer further as most of the energy bills are paid up front up to 6 months in advance. A halt of a major gas supply from Russia means a higher gas price, and an estimate suggests an 80% increase in energy price in the UK as early as next year. And most of the poorer in the community can be up for a rude shock justifying the need for further government support.

The question is how to finance this extra bit on welfare activities. For the government to spend money the economy needs to grow. But the UK economy is slowing down. The Bank of England predicts there can be a deceleration in growth until the end of 2023. This makes another bout of quantitative tightening to control inflation untenable. The Bank of England has already raised police rates, but with real household income projected to fall during the later part of this fiscal, and with a fall in disposable income (income less tax), any further increase in policy rates will push the economy to stagflation.

At the time of a recession or war, when businesses are down, energy prices are high, and agricultural output is weak, tax collection will be inadequate to fund such expenses. The financial crunch is already visible. The government debt in the UK is already hovering around 100% of gross domestic product. This means a less amount of money available for productive investment that creates jobs, as most part of the government revenue will go towards providing subsidies and meeting interest payment on the earlier debts. An increase in social security payments also has its downsides to with people preferring not to work and live on government subsidies. Already, big cities in UK are facing labour shortages, in particular gig-type service workers such as cab drivers, delivery boys, restaurant workers, etc. driving up the price of services further.

A way out is institutional reforms. But that may not also be forthcoming. The UK is known for the presence of strong trade unions. The presence of a strong trade union has prevented creation of new jobs, and at times prevented foreign companies investing in the UK. Lack of institutional reforms has been responsible for a gradual rise in government deficit. In a socialist capitalist structure, wages are protected by trade unions irrespective of labour productivity and companies’ ability to earn profit. The UK has had one of the lowest manufacturing investments among its OECD peers and strong trade unions have to be blamed for that. It also has fewer younger people to work and to pay for the expensive welfare programme. Reform in the labour and pension laws (dubbed as austerity measures) and slacken the immigration laws may not happen. Poll results indicate that the voters in the UK would rather punish the parties that are in favour of austerity measures. Earlier, this may have led Rishi Sunak (one of the 2 final candidates for the UK PM election) to make a U-turn on tax.

Another respite to handhold the fragile economy may be through trade. But here also BREXIT is playing a spoilsport with the Office of Budget Responsibility, UK predicting a 15% fall in trade value. Not surprising the British pound is taking a beating. Higher domestic inflation and a falling trade have been responsible for depreciating the value of the British pound. It has fallen by almost 10% from the high of 2020-21. Analyst predicts it to fall further to 1.05 pound to a dollar, which when it happens, will be a 37 year low. A depreciating pound may further worsen the trade balance; resulting in a higher domestic fuel, energy, and food price, as it becomes costly to import.

People are also frustrated with the continuation of the Russia-Ukraine war, and the support of the UK government in providing ammunition and other military equipment, thereby draining the already fragile national exchequer. This year, the UK already spent 3.8 billion pound towards military assistance to Ukraine.

Madam PM has a tough job in hand and will have to tread cautiously. (IPA Service)

** The author is Professor, School of Management, Mahindra University.

Congress’s Bharat Jodo Yatra Is An Opportunity For Rahul To Reinvent
Posting....