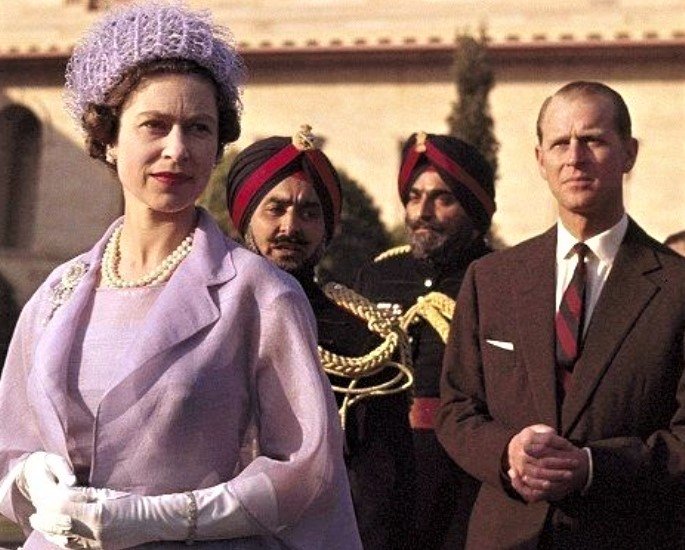 Prince Charles, who held this title for a long time acceded to the British throne after the death of his mother, Queen Elizabeth II, last week. He has a robust Indian connection and has been familiar with Indians for decades.   After his accession, he became Head of the Commonwealth, a group of 56 independent countries representing 2.4 billion people, including India.

India was a “jewel in the crown” of the British empire. To go back in history, the East India Company came to India in 1600 for trade, and by the 1800s, it had generated almost half of England’s commerce. Soon it became a British colony. So it is not surprising several members of the British royal family visited India at various times. Charles came to India ten times as heir to the British throne, while his parents also visited thrice during the Queen’s long reign.

Charles indeed developed a warm relationship with India and its age-old traditions like Yoga, Ayurveda, and diversity. He once stated, “having had the pleasure of visiting India so many times, I’ve always been struck by her extraordinary diversity and the deep creativity, ingenuity and resilience upon which she draws. This is a source of great inspiration to me personally.”

Charles has been a strong advocate for global environmental concerns and climate change. He understands the importance of India in achieving the world’s climate action goals.

Over the decades, Charles developed close relations with many cities in India. They include Mumbai, Kolkata, Chennai, Hyderabad, Bangalore, Puri, and Chandigarh, apart from Delhi and Agra. He was comfortable with the Jaipur and Patiala royal families, who hosted him during his visits.

There were some embarrassing moments when the 16-year-old Bollywood actress Padmini Kolhapure gave him a peck on his cheek when he visited a Bollywood studio in 1980.

The same year Charles had visited Haripur village in the Puri district, going through the bumpy roads in the heat and dust. He showed interest in coconut plucking, basket weaving, and paddy harvesting.

Prince Charles and Princess Diana’s first visit to the country revealed a strained marriage. The unhappy Diana sat alone outside the Taj Mahal on a bench in February 1992 while Charles was in Hyderabad. They divorced soon after. The entire media landed in Agra for the great solitary photo of Diana.

King Charles and his present Queen Camilla have a Bengaluru connection. DrIssac Mathai has been the holistic physician of the Royal couple for the past 15 years. He practices healing the whole body, mind, spirit, and emotions.

Another memorable event was his interaction with Mumbai’s dabbawallahs in 2003. He was curious about how they ride bicycles, lift crates full of tiffins and provide them to many people  on time. He invited them for his second marriage to Camilla Parker Bowles in 2005, where they presented a nine-yard Paithani saree for the bride and a kurta lehenga for the groom.

Charles even celebrated his 71st birthday with school children at the iconic Taj Mahal hotel in Mumbai in November 2019.

Jullianwallahbagh carnage in Punjab has come up often, even during one of the Queen’s visits. Before his tenth visit, to mollify the Sikhs, Charles sent good wishes to them across Britain and the Commonwealth on the 550th Birth Anniversary of the religion’s founder Guru Nanak Dev Ji.

Long-time patrons of the Asian Elephant Alliance, Prince Charles, and The Duchess of Cornwall witnessed an official preview of the colourful elephant parade at the residence of the British High commissioner in Delhi in 2017.

India has been changing since Independence with no fascination for colonialism. Colonial-era street names, redundant laws, and even flag symbols are changed. For example, in the 1960s, officials removed figures of British officials and royalty from public view.

Recently Prime Minister Narendra Modi renamed the iconic Rajpath in Delhi to Kartavya path, claiming that “a new history has been created.” The renovated avenue now has a statue of Subhas Chandra Bose in place of King George V.

Barely hours after the Queen’s death, Indian social media made renewed calls to return the famous Koh-i-Noor, the 106-carat diamond discovered in India, which has become part of the British crown jewels.

Charles hosted Narendra Modi in April 2018 at the Science Museum in London to establish a first-of-its-kind global network for evidence-based research on Yoga and Ayurveda.

He spoke of his “great love for India” when he launched an emergency COVID appeal last year and helped raise millions for India.

Beyond his involvement with the Bharatiya Yuva Shakthi Trust, an NGO set up by Lakshmi Venkatesan, daughter of former President R. Venkataraman, he also helped farmers through his British Asian Trust and his encouragement of practitioners of Indian traditional medicine in India and the UK.

Many hope that his fascination for India will continue as the new monarch. (IPA Service)