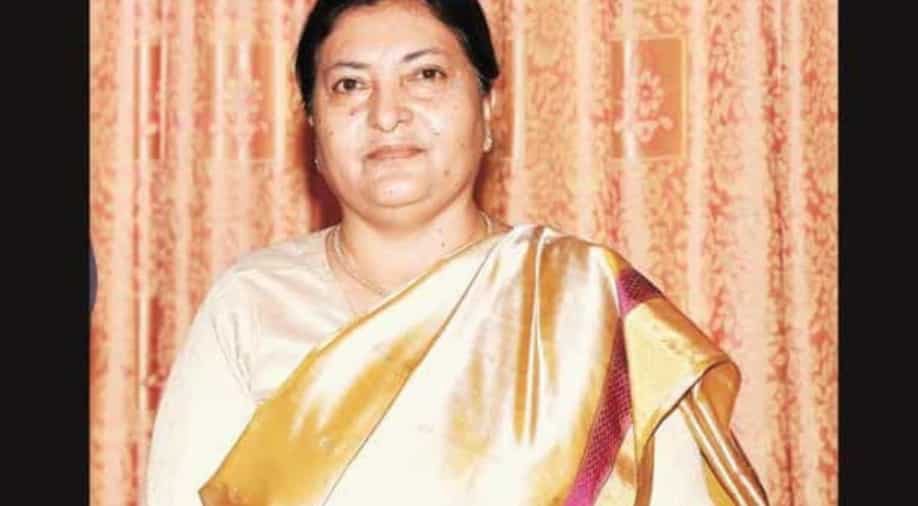 With less than two months left before the national elections in Nepal, the refusal of the President of Nepal, Vidya Devi Bhandari, to approve the Citizenship Amendment Bill even after the passage of the proposed enactment by both houses of the parliament has thrown the Himalayan state into a vortex of political crisis. It will make children whose parents’ whereabouts were not known eligible to citizenship. Under the amendments, children born to a Nepali mother but whose father is unknown could get citizenship document after the mother makes a declaration.

If the amendment is inked, more than 500,000 people will be eligible to citizenship certificates and voting rights thereof. This seems to unnerve the top brass of Communist Party of Nepal (United Marxist Leninist), whose chairman is Khadga Prasad Sharma Oli. President Bhandari too was elected to the National Assembly, the lower house of the parliament as a candidate of the CPN(UML).  President is refusing to authenticate the amendment bill.

According to Article 113 (3) of the Constitution of Nepal 2015, the President has the authority to send the Bills other than those related to finances within 15 days for reconsideration, but it does not allow the President to return the bill or not certify it for the second time. Article 113 (4) specifies that    it shall be verified within 15 days after the passage of the bill by the federal parliament with amendments or in the same form. The President disregards all this and has thus triggered a constitutional crisis,

However, President Bhandari, who was dissatisfied with the Citizenship Bill, appears to have neglected the provisions of the Constitution. The President is not allowed to stop the certification of any Bill passed by both the houses of federal parliament for the second time.

Five top leaders of the political parties comprising the ruling centre-left alliance accused the President of trying to deprive many Nepalis of their right to citizenship by refusing to approve the bill.”The unconstitutional move of the president has seriously insulted and devalued the federal parliament elected by the people,” they said in a joint statement. Balaram K. C., a retired judge of the Supreme Court described the refusal of the President to sign the amendment as a serious and grave violation of the constitution by a ceremonial head of state.

Taking a pot shot at CPN(UML) supremo, CPN (Maoist Center) Chairman Pushpa Kamal Dahal a k a Prachanda at Bharatpur Airport said that the controversy around the Citizenship Bill   is motivated.  “When KP Oli was the Prime Minister, the Citizenship Bill was introduced as an ordinance. Now when this bill is presented to the parliament, they are calling it anti-national. Nothing can be more dishonest and immoral than this,” he quipped.

However, the credibility of once media-hyped underground Maoist leader of Nepal has been on the decline among the   people of Nepal. The CPN (Maoist Center) boss visited India a few months back and called on the Bharatiya Janata Party president Jagat Prasad Nadda. And the two leaders in a joint communiqué stated that his party and the BJP had different ideologies but a common objective to uplift the poor section of society. He praised India for buying power from Nepal and extending support to his country during the earthquake and the Covid pandemic.

The President has pushed her   into the crossfire of controversy by addressing the Global Security Initiative conference organised by the Communist Party of China. Nepal’s ministry of foreign affairs took an exception to this reminding that the President Bhandari went beyond her jurisdiction by addressing the GSI conference against Nepal’s foreign policyThis is a violation of the non-aligned foreign policy that Nepal has been following, the MoFA observed in a statement. When President Bhandari was requested to participate in the conference, the government advised her not to attend the event as it was linked to the Chinese security umbrella and would be detrimental to Nepal’s foreign policy. But she ignored the advice.

Ms Bhandari erred on two counts. First is her lack of adherence to protocol which is mandatory for the head of state by refusing to sign the amendment bill as a custodian of the Constitution of Nepal. Second, she seems ill-advised to keep Chinese communist bureaucrats in good humour, maybe to remain in the good book of Oli. The CPN(UML) is opposed to India, especially due to its ideological opposition to the BJP-in-power ‘a Fascist threat’ to neighbouring states like Nepal, stated by a top leader of the party at a meeting of cadres.

The latest deadlock over President’s behaviour is going to have its impact   on the national   elections by yearend. The two co0mmunist   parties    re fighting   each other and that is giving a bad   name   to the communists in general. The left supports   in Nepal are worried    at the continuous disunity   in   the   communist   movement    in    the    country. (IPA Service)

Gold Has A Tough Summer, Yet Holds Out Well Amidst Turmoil
Posting....