Nepal plane with 22 on board missing 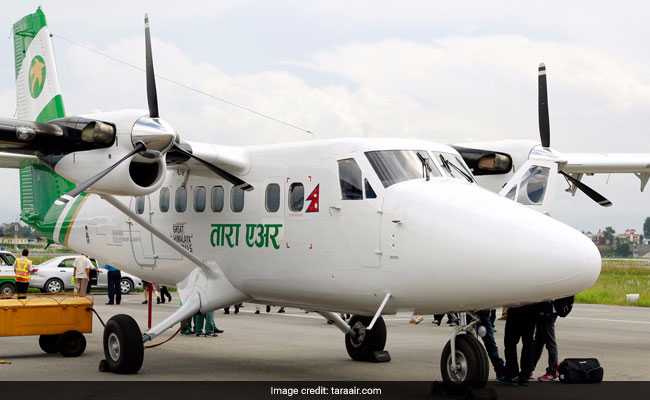 A small passenger plane operated by a private airline in Nepal went missing on Sunday with 22 people on board, including four Indians, airline officials said.

The Tara Air 9 NAET twin-engine aircraft was on a 15-minute scheduled flight from the tourist town of Pokhara, some 200 km northwest of the capital, Kathmandu, to Jomsom, about 80 km to the northwest, when it lost contact with the airport tower shortly they said. The aircraft is reported to have lost contact at 9:55 am local time.

“The aircraft was seen over the sky of Jomsom in Mustang district and then had diverted to Mt. Dhaulagiri after which it hadn’t come into contact,” Chief District Officer Netra Prasad Sharma was quoted as saying by news agency ANI.

The aircraft had 4 Indian and 3 Japanese nationals on board. The remaining were Nepali citizens & the aircraft had 22 passengers including the crew, according to the State Television.

As per the police officials, the aircraft has been suspected to have crashed in the “Titi” area of Lete in the mountainous Mustang district, which is the fifth-largest district of the Himalayan nation and hosts the pilgrimage of Muktinath Temple.

The Nepal government has deployed two private helicopters from Mustang and Pokhara for the search for missing aircraft. Nepal Army chopper is also being prepared to be deployed for the search, said Phadindra Mani Pokharel, spokesperson at Home Ministry told ANI over the phone.