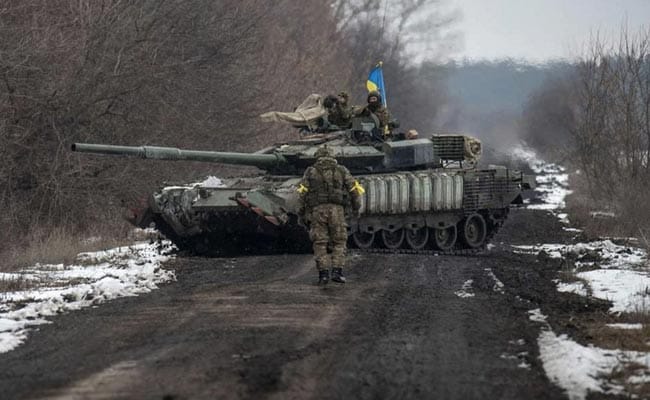 Leaders from the US-led military alliance meet Thursday in Brussels for an emergency summit as the West grapples with the most severe security crisis in decades.

Stoltenberg said allies would sign off on sending four “battle groups” to eastern members Bulgaria, Hungary, Romania, and Slovakia as part of efforts that have already seen thousands of troops shifted closer to Russia.

“I expect leaders will agree to strengthen NATO’s posture in all domains with major increases of forces in the eastern part of the alliance, on land, in the air and at sea,” he said.

The battle groups will match deployments that have seen 5,000 NATO troops stationed across the Baltics and Poland since 2017.

The alliance is in addition weighing a further major long-term boost to its forces in the east as allies near Russia call for enough troops to be sent to ward off any potential attack by Moscow.

“We will do what is necessary to ensure that we protect and defend all allies,” Stoltenberg said.

NATO has rebuffed pleas from non-member Ukraine to intervene to help stop the Kremlin’s ferocious onslaught by imposing a no-fly zone out of fears of getting dragged into a broader conflict with nuclear power Russia.

But allies have sent arms deliveries to Ukraine to help battle Kremlin’s troops.

Kyiv has appealed for heavier anti-aircraft systems and war planes and President Volodymyr Zelensky is expected to reiterate the calls in an address to NATO leaders by videolink.

“Tomorrow, I expect allies will agree to provide additional support, including cybersecurity assistance as well as equipment to help Ukraine protect against chemical, biological, radiological and nuclear threats,” Stoltenberg said.

“We are determined to do all we can to support Ukraine. But we have a responsibility to ensure that the war does not escalate beyond Ukraine and become a conflict between NATO and Russia,” he said.

The move comes as US President Joe Biden warned of a “real threat” Russia may use chemical weapons in Ukraine.

“The use of chemical weapons would totally change the nature of the conflict, and it will be a blatant violation of international law and will have far reaching consequences,” Stoltenberg said.

The NATO chief said leaders would also address the “role of China” in the Ukraine conflict over fears Beijing could back Moscow.

“China has provided Russia with political support, including by spreading blatant lies and misinformation, and allies are concerned that China could provide material support for the Russian invasion,” Stoltenberg said.

“I expect leaders will call on China to live up to its responsibilities as a member of the UN Security Council, refrain from supporting Russia’s war effort, and join the rest of the world in calling for an immediate, peaceful end to this war.”