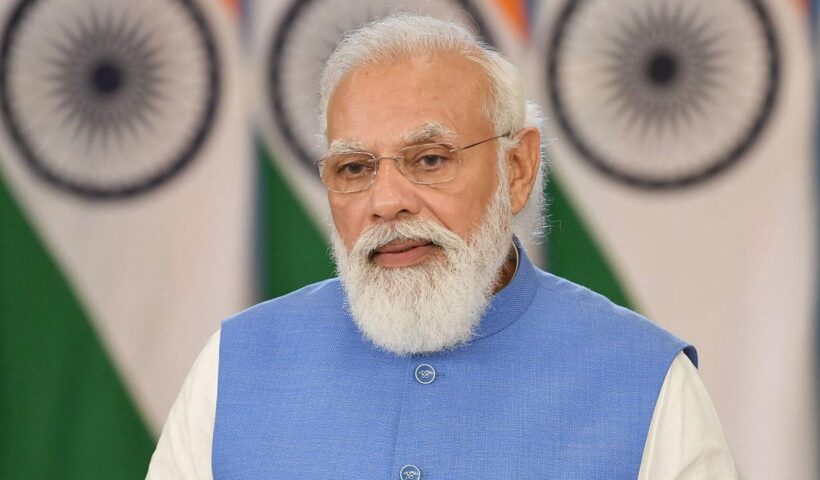 The other day in Denmark Prime Minister Narendra Modi, in one of those unguarded moments, found himself ambushed by the media! The next thing you hear is Modi with a “Oh! My God!” and every media reporting how startled, vulnerable and panicked the Prime Minister appeared and sounded, followed by the question: “Why is Narendra Modi afraid to take questions from the press?”

So, “Why is Modi scared of holding a live press conference?” In all the eight years since becoming Prime Minister, Narendra Modi has held only one presser and in that, too, he was bystander rather than performer. This rare gem of a presser was held just before the 2019 general elections, and throughout the presser all the questions directed to Modi were fielded by then BJP President Amit Shah.

In Denmark the other day, a scheduled presser of the prime ministers of the two countries was labeled a “zero questions presser”, purportedly at the “insistence of the Indian side.” Prime Minister Narendra Modi’s fear of live press conferences, it was conveyed, transcends continents. Certain media reports said Modi was wary of questions regarding India’s stand on the Russia-Ukraine war.

Prime Minister Narendra Modi is, perhaps, many times bitten, several times shy. The press in India is not the most amiable hydra-headed monster. It can be vicious with its facts as well as with its innuendos. And Narendra Modi caught the brunt of the hydra heads when caught in the middle of Gujarat 2002 communal riots, when a number of journalists named him mastermind, and bystander.

In fact, some of those journalists went on to make fantastic careers out of Modi-bashing. They are the ones who are today lamenting Modi’s disregard for live pressers. Ask Google the question “Why Prime Minister Narendra Modi does not take questions from the Press?” and the search engine will throw up over 10400000 results in 0.67 seconds! Scroll down the page and the items will date back to 2017, 2016, 2015, right down to 2014.

The media, from 2012 to 2014, breathtakingly followed Modi’s electoral campaign, which was largely based on the slogan ‘Abki Baar Modi Sarkar’. The media at the time couldn’t have imagined what was in store! How the Modi administration would bifurcate media, and, henceforth, there would be broadly two media, one that would toe his line, and the other that would pine to roast him.

They are still waiting! But before 2014 there wasn’t any ‘Godi media.’ That term was coined by Modi’s detractors to describe media which refused to go hammer and tong against the Modi establishment, and which thrived and prospered in the benign shade of the Modi regime. This lot of media gets its vitamins and proteins from loyalty to Modi.

Modi sits down to smile and answer their harmless questions in one-on-one interviews with select editors. Not the likes of Rajdeep Sardesai, or NDTV’s galaxy of journalists, they don’t stand a chance. That’s because they had done their share of damage to Modi, writing and reporting on him from distant locations, and down the road chai-shops.

Modi’s memory serves him well. And Modi hasn’t forgotten to forgive no one. Come to think of it, Modi doesn’t want the media to unnecessarily needle him if he can avoid it. Today, the media need Modi more than Modi will ever need the media. In fact, Modi drives TRP for the television media. So much so, if called for, cameras would follow Modi to the restaurant at the end of the Universe!

To understand why Modi wouldn’t hold a live press conference doesn’t need a couch, and a psychiatrist in the room. Modi was subjected to a baptism with fire with the media holding the flame-throwers. Modi wouldn’t have successfully crossed over to the national political arena but for the “national mainstream media”, which, by keeping Modi in the glare of attacks, ensured his successful shift to the Centre.

A press conference is home to off-the-cuff questions by a flurry of journalists, not all of them sharp, but every one of them driven by the force of their beliefs and convictions, right or wrong. Prime Minister Narendra Modi knows this, and he doesn’t want to be buffeted by the questions he would rather not answer, begging the question, “Does Modi respect the media, does he think the Press needs to exist at all?”

Billionaire Elon Musk says once Twitter is under his thumb, governments and prime ministers—presidents, dictators and monarchs—will have to pay to be on Twitter. What then, will Modi spend taxpayer money to pay for using the microblogging site to communicate with the people? Modi believes social media and ‘Man ki Baat’ are enough, why hold a live presser? Modi’s “Oh! My God!” is for the people of India. (IPA Service)

Congress Workers Are In A State Of Restlessness In Uttar Pradesh
Posting....