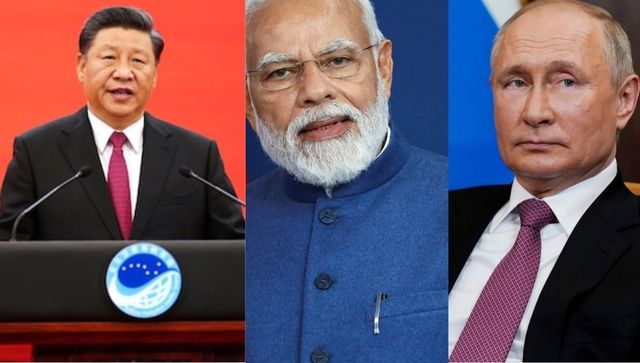 Prime Minister Narendra Modi will be visiting the historical city Samarkand in Uzbekistan on September 15 and 16 to attend the Shanghai Cooperation Organisation (SCO) summit amidst the continuation of the Ukraine war and the persisting misunderstanding between India and China over the border issues. This will be first in person summit since 2019 of the eight world leaders including Russia, China, India and Pakistan.

The Beijing headquartered SCO is an eight member economic and security grouping consisting of China, Russia, India, Pakistan, Kazakhstan, Kyrgyzstan, Tajikistan and Uzbekistan. Though the SCO started functioning from 2001, India and Pakistan became members only in 2017, The last 2021 summit at Dushanbe , conducted in a hybrid mode declared that the SCO believes” in principles of mutual respect for independence, sovereignty, territorial integrity, equality and mutual benefit, peaceful settlement of possible disputes through dialogue and mutual consultation, non interference in internal affairs, non use of military force or threat of force, rejection of unilateral military superiority in adjoining areas”.

These are pious declarations just like any United Nations charter which the big powers have the habit of ignoring when it clashes with their national interests. Russia, the leading member of SCO is engaged in the war in Ukraine which has crossed six and half months already with no indication of ending. Ukraine is being helped by NATO powers through supply of weapons though the western powers have sent no ground troops. That way, this devastating war will continue indefinitely unless there is strong intervention by the other states who are friendly to Russia as also in a position to approach the United States.

Right now, President Putin is not in a comfortable position in terms of both the economic strength of the country as also acceptability to the majority of the population in the country. The western sanctions against Russia have not been able to damage the economy the way the west expected earlier. But the continuing war is impacting the living standards of the Russian people just as the western citizens, especially Britain and Germany are going to have a terrible winter this year because of high energy prices due to Russian actions. It is a no win situation in Ukraine war with more and more deaths and destructions with every passing day.

As regards Chinese President Xi Jinping, he is attending the SCO meeting just one month before the Congress of the Chinese Communist Party which begins on October16 this year. He is modelling himself on the lines of Mao zedong planning to present to the Congress his own ‘historic programme’ which will transform China into the biggest economy in the world surpassing the USA after two decades. Xi also proposes to remain in his position for the third term to oversee the transition of Chinese society and economy to his desired direction.

But for the Chinese supremo, the outlook for the Chinese economy is not all that rosy. China has been losing the advantage it enjoyed so far as the cheapest manufacturing base for the American companies as also other western firms. India and Vietnam have emerged as big competitors. Foreign think tanks say that the Indian GDP growth will remain higher in the present decade compared to China and China will lose the demographic advantage also in next two decades due to ageing of its skilled population compared to India. Chinese Communist Party supremo has to take into account all these factors while presenting his historic programme.

Indian Prime Minister Narendra Modi will be attending the summit in the background of India defying the US diktat on sanctions of Russian oil supplies. Though Modi has been a part of the US sponsored geo political strategy in Asia-Pacific, he ignored the US warning and came to understanding with Russia for increased oil supplies. This step of India was a help to President Putin. In fact, other South Asian countries like Bangladesh are following India and that is a major satisfaction for the Russian president in the wake of strong sanctions by the West.

While at the two day meet, India will certainly discuss bilateral issues of interest with other member nations, it is imperative that the member nations underline the need for immediate starting of effective negotiations for ending war in Ukraine. The end of deaths and devastations is in the interest of all the eight member nations. India is the most prominent member of the SCO having good relations with both USA and Russia. India is still the largest democracy in the world, despite Modi Government’s efforts to undermine its institutions. Prime Minister Narendra Modi has a voice which commands respect among nations due to the geo political importance of India. Indian Prime Minister has to play that role at this Samarkand summit.

President Putin has been talking of a meeting of Russia, China and India for some days. It’s a good idea. India and Russia are maintaining excellent relations. India and China have to improve the same and Russia can help a lot. This 21st century is the Asian century. China and India are the drivers of growth of world economy. These two biggest Asian countries may act as competitors based on different political system but they have to reduce the areas of confrontation stage by stage. Let the Samarkand summit send some signals on this emerging cooperation between India, China and Russia. (IPA Service)