Narendra Modi Has Started Exercises For Picking His Next Presidential Candidate 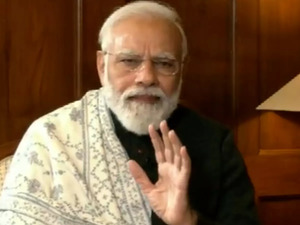 The 2022 presidential election will occur when President Ramanath Kovind’s term ends on July 25. Though it is more of an ornamental post as the real power exists in the hands of the elected Prime Minister, there are always speculations about the polls.

It may be too early to speculate but the present scenario is not nail-biting because the ruling BJP has the magic number to get its candidates elected easily. The gap between the NDA allies and the opposition is quite broad. Still, the opposition might put up a candidate to oppose the BJP.

There are also two other things to remember. The first is that Prime Minister Narendra Modi might hold his cards to his chest till the last minute, although the BJP has started the exercise with the support of its parent organization, RSS, There are reports at the recent conclave of the RSS held after the elections to the state assemblies, the RSS discussed the names of Mayawati and Najma Heptullah for the post of President.

Secondly, in all probability, Modi might surprise everyone, as he has been doing in these eight years in his choice of ministers, chief ministers, speakers, and even portfolios of his ministers. Or else could Smith Irani have got the HRD ministry in her first stint or Nirmala Sitharaman Defence or Finance or Manohar Khattar as Haryana chief minister? They have all proved themselves later.

Modi’s choice of Lok Sabha speaker in 2019 was equally surprising. Even the election of incumbent President Ramnath Kovind, who occupies 350 acres of sprawling Rashtrapathi Bhavan, was most unexpected. President Kovind is a low profile and no – controversy president and has not given any anxious moments to Modi in all these five years. The transition of power after the 17th Lok Sabha polls in 2019 was very smooth.

For all  we  know, Modi can even throw another surprise and retain the incumbent President, giving him a second term. Traditionally,  no President except the first President of Independent India, Rajendra Prasad, got a second term.

The first presidential election took place on May 2, 1952. After four days, Dr. Rajendra Prasad became the winner with 5,07,400 votes. In 1957, he won the election for the second time. So far, he is the only person to hold the office for two terms.

Modi has a wide choice of candidates within his party and outside. The front runner is Vice President M. Venkaiah Naidu. It has been the tradition to elevate the Vice President to President. It happened in the case of Radhakrishnan, K.R Narayanan, Dr. Shankar Dayal Sharma, and R. Venkataraman, among others. Naidu is a respected and mature politician and former BJP President. He understands politics quite well.

Prime Ministers have mostly been careful in their choice of Presidential candidates. There have been some controversies during the term of Giani Zail Singh and Prime Minister Rajiv Gandhi and earlier between Indira Gandhi and President Sanjiva Reddy. Even the first President, Dr. Rajendra Prasad, had some differences with Prime Minister Jawaharlal Nehru.

Unanimity on the choice of the President is indeed debatable. The BJP has a comfortable majority of pushing through its candidates. It would be better if the BJP consults the opposition and gets its candidate elected unanimously. But in the present aggressive atmosphere between the BJP and the opposition, it may not happen.

Modi has a wide choice to find his candidate. It is a question mark whether he would like someone from other parties to occupy the Sprawling Rashtrapathi Bhavan. Among the politicians, many names like Bihar chief minister Nitish Kumar, BSP chief Mayawati, former BJP chief Rajnath Singh, and NCP chief Sharad Pawar, among others, are doing the rounds.

BJP’s tribal women leaders Anusuiya Uikey (governor of Chhattisgarh) and Draupadi Murmu (former Jharkhand governor) are being mentioned.. The names of two Governors, Tawarchand Ghelot and Arif Mohammad Khan, are also doing the round. Khan is an import from Congress and a Muslim face. Karnataka governor Gehlot is close to Modi. Insiders say, Modi is considering Gehlot, whom he trusts.

Meanwhile, the opposition parties are trying to put up a joint candidate. Whether this will materialize depends a lot on the regional satraps like Mamata Banerjee (West Bengal), M.K. Stalin (Tamil Nadu), Uddhav Thackeray (Maharashtra), and K. Chandrashekar Rao (Telangana).

Modi is looking for a loyalist, low profile, and lightweight person from the BJP ranks to succeed Kovind. Whoever he picks for the position has to be trustworthy. (IPA Service)