Narendra Modi Has Shown No Concern For The Joblosers In Pandemic 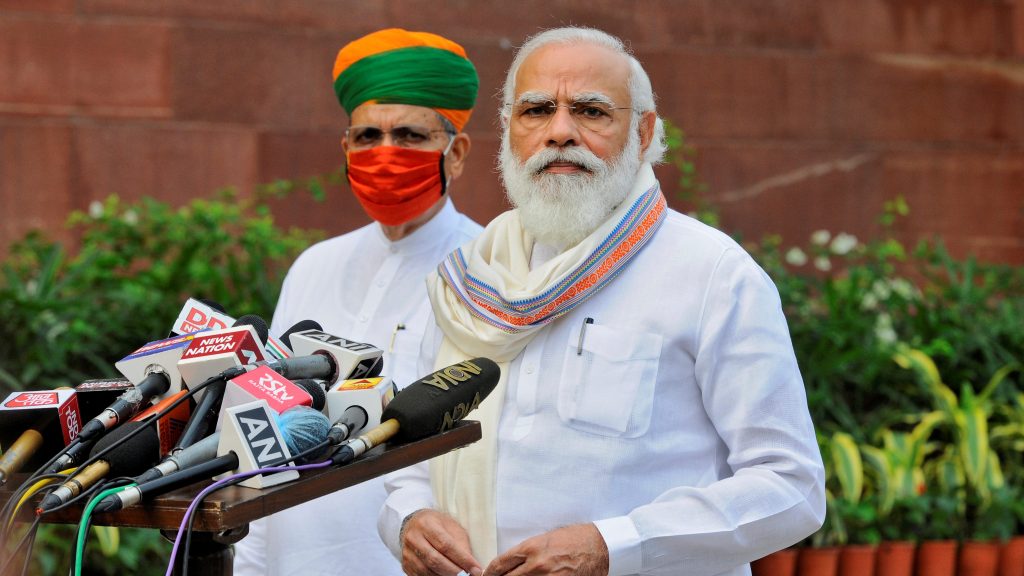 Hit hardest by the COVID-19 crisis and mishandling of the situation while implementing the containment measures for the last two years, the workforce in India have been keenly awaiting for relief in the Union Budget 2022-23, but the Modi government has let them down, at a time when the country is undergoing a third wave with very bad labour market conditions in which workers in the unorganised and informal sectors and the jobless have been the worst sufferers with no jobs, no social security cover.

To generate this level of jobs India needed big public and private investment in the economy for quick economic recovery from the pandemic. Modi government has been doing a lot for encouraging the private investment and helping them at the cost of the public sectors, however, they are not coming forward in a big way. In the last two years of the pandemic, barring a few big corporate, almost entire private sector especially the MSMEs have been struggling for their own survival. They badly needed more and more government support and access to finance.

However, Modi government’s performance in this regard is very dismal. Even the collateral free credit line guarantee of Rs 3 lakh crore announced during the first wave in May 2020 was not fully delivered to MSMEs, as it has been revealed in the budget. It had been enhanced to 4.5 lakh crore in 2021, which has now been extended to 2023 in the budget. It should be noted that MSMEs sector is the largest employer of the country employing over 90 per cent of total employment in the private and public sectors.

When the level of private investment is low, increasing public expenditure was the only hope. It is in this context it has been claimed that Budget 2022-23 reflected “firm commitment of the Government to boost economic growth by investing in infrastructure development”. Capital expenditure has been increased by only Rs 1,96,010 crore over the budget estimate for 2021-22. It will have some positive impact on creation of jobs but is only a drop in the ocean. States also cannot improve the labour market, because they are depended on transfer of resources from the Centre, which is pegged at only Rs 16,11,781 crore, an increase of only Rs 2,91,728 crore over actual in 2020-21, ie the first year of the pandemic.

Even that much expenditure would depend on the total receipt which has been estimated at Rs 39,44,909 crore. It is also highly uncertain because it has been estimated at assumed growth rate of 11.1 per cent. It has done only to make the government’s balance sheet look better. Even the Economic Survey 2021-22 has projected a growth rate in the range of 8-8.5 per cent while the Finance Minister has said it to be 9.27 per cent. Since the growth rate is uncertain due to pandemic, monsoon, petroleum prices, and several other domestic and external uncertainties, India’s growth rate would be about one per cent less than the actual growth rate of the current fiscal that the Economic Survey has estimated to be 9.2 per cent. With growth rate set to suffer, market conditions would also suffer, which in turn would worsen the labour market.

Both the rural and urban employment has been suffering from the last two years of the pandemic. Even after two years, we have net reverse migration from the urban to rural areas. It has put extra burden to rural areas and low paid agricultural employments are actually concealing unemployment. India thus needed to create large number of employment opportunities in the rural areas, however, the budget does not have any comprehensive plan for that. Only a few provisions are there which are cosmetic in nature and has been announced as face saving device.

The budget has even reduced the rural jobs fund by about 25 per cent. MNREGA or the Mahatma Gandhi National Rural Employment Guarantee Act has been allotted Rs 73,000 crore for the financial year 2022-23. That is down from the revised estimate for the current financial year (2021-22), which is Rs 98,000 crore. It shows how unkind the Modi government has become at a time when even the Economic Survey 2021-21 has said that demand for work under this scheme is still higher than pre-pandemic level.

The government that is planning to implement the four controversial labour coded in the year 2022-23, has little provisions for social security for the workforce. The major allocation of Rs 8,485 crore goes to the pension scheme for the organized workers, which is part of a cluster of centrally-sponsored social security schemes of workers having total allocation of only Rs 16,084 crore. It means majority of workers in the unorganised and informal sector will have no social security cover while the jobless millions are to remain without job.  (IPA Service)