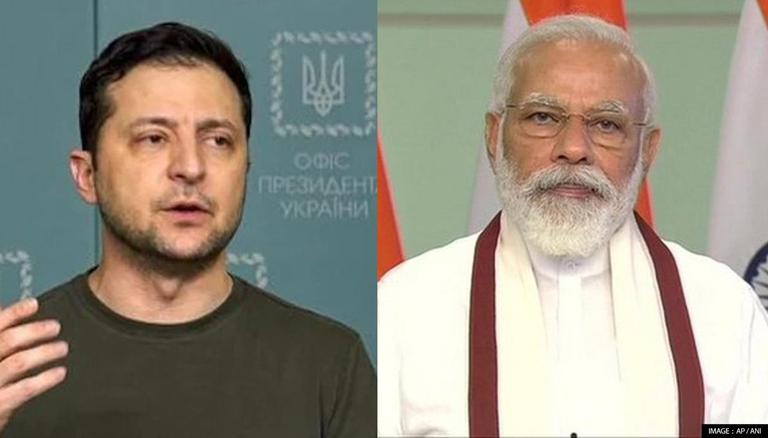 The elephant in the room at the virtual Modi-Biden talk on Monday evening Indian time did not allow a free and fair discussion in the ‘Virtual Room’, which is different from the ‘Oval Room’. That said, there aren’t any elephants in Russia, only Siberian bears and the fossilized remains of the sabre-tooth. US President Joe Biden’s “let’s talk about how to manage the destabilizing effects of Russia’s war” did not make Prime Minister Narendra Modi any more effusive than he usually is.

If Biden’s face betrayed anticipation, Modi’s was deadpan. On top of that, Modi spoke in Hindi, which is foreign language for Biden. There was a time lag before Putin’s ‘enemy’ Biden could be told what Modi spoke or did not speak about Modi’s ‘friend’ Putin. Biden termed the death and destruction in Ukraine as “Russia’s war”, while Modi refrained from mentioning Russia at all.

That being said, Modi gives the impression of being caught in a cleft stick. Non-alignment in today’s context is different from what it used to be during Jawaharlal Nehru’s time. Today, there’s talk of ‘equidistance’, and Modi has been playing that subtle game of “neither with your enemy, nor with my friend” quite deftly.

India choosing to “abstain” is coming to the rescue of the beleaguered Russia more than it has been helping the US achieving its goals vis a vis Ukraine. The Biden administration understands this, but cannot do much about it. Biden could only talk of Russia’s “horrific assault” on Ukraine, and India’s “humanitarian support” for the people of Ukraine.

Prime Minister Narendra Modi got away with not only refusing to name Russia, but equally not fully acknowledging the “destabilizing effects” of the war. Modi compromised by calling the “killings of innocent civilians” in Bucha “very worrying.” He called for an “independent probe”, knowing that the US would not want an “independent probe”, for there is more to Bucha than the eye can see.

Russia’s stated goal of the “de-Nazi-fication of Ukraine” is not without substance. If Ukraine is known for two things, it is the world’s “bread basket” and two, it’s where the world’s neo-nazis come home to roost. The Azov Battalion, which is fighting alongside the Ukrainian Army, is a band of neo-nazi mercenaries. Their stated goal: Rid Ukraine of Russian-speaking Ukrainians, most of who hark back to the old Soviet Union.

Modi told Biden he has asked President Putin and Ukraine President Volodymyr Zelenskyy to hold “direct talks.” But Modi should stop playing the vishwaguru, the global interlocutor. What if the US or China asks Modi to hold “direct talks” with the Pakistan Prime Minister and sort out Kashmir once and for all?

Then, “shared commitments” between the “world’s largest democracies” could lead to more than what Modi could chew. The “destabilizing impacts of Russia’s war against Ukraine” would not only affect global food supply, it would also impact Taiwan and embroil even Kashmir with the powers-that-be looking for copycat solutions.

Biden is looking forward to meeting Modi in Japan in May. But, for how long will the “horrific Russian assault” on Ukraine continue will set the tone for the May meeting of the Quad.  If things worsen and India sticks to its equidistance foreplay, equations with the United States will take a nosedive.

Right now, the subcontinent is not in the pink of its health. Nepal is like a speck in the Universe. Pakistan to the west will take time to recover from the dusting it took from Imran Khan’s shenanigans and the Opposition’s machinations.  Top of that Prime Minister Shehbaz Sharif isn’t in the calibre of Nawaz Sharif.

Bangladesh is doing relatively better. But Sri Lanka is the one in doldrums. Modi has reciprocated to Colombo’s SoS but the island nation is nowhere even near to correcting the tilt towards China. Elsewhere, in Maldives it’s back to ‘Out India’ with China here too the beneficiary. While India tries to stay out of the US-Russia mess, Modi is being tested in South Asia, its bailiwick.

That being said, Modi’s stock and stature has gone up in the comity of nations in recent months, especially among the nations in South Asia. This has as much to do with the BJP’s recent electoral victories as it has to do with crises gripping Sri Lanka and Pakistan.

Modi is like the one-eyed wonder among the totally blind. The only star in the sky above South Asia. Wooed by both Putin’s Russia and Biden’s America. Post the five states’ elections, Modi’s ratings have shot up in right earnest and there is talk  among the diplomats that Narendra Modi is safe in his throne  and there is no real challenge with the present political health of the Congress. That is the strength which helps the Indian Prime Minister in bargaining with both Biden and Putin. (IPA Service)