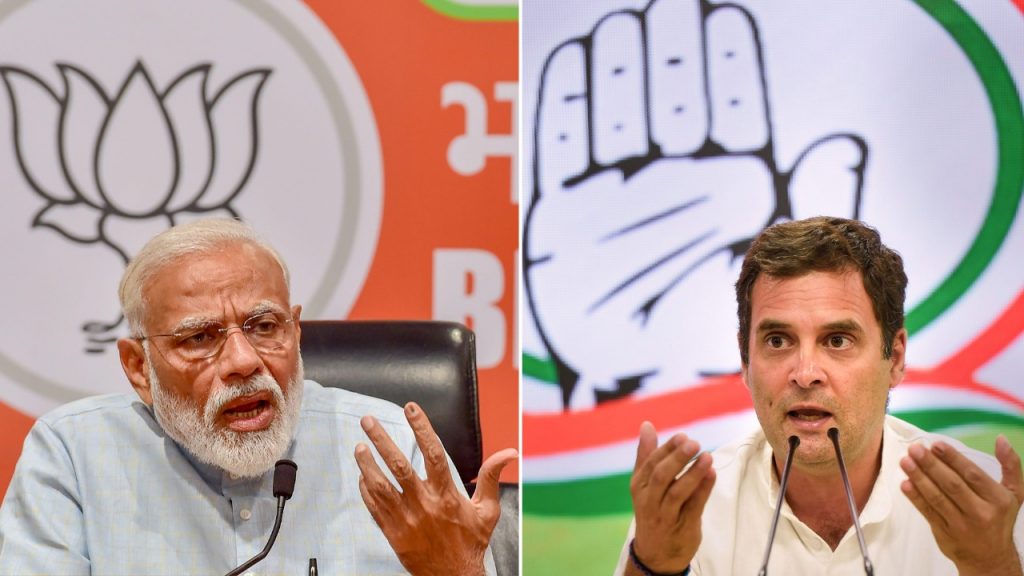 Like other incongruities, the Narendra Modi government once again has resorted to the same tactics and made Reserve Bank of India answerable for implementing the Prime Minister’s personal decision to demonetise the currency. Only three days back Modi government virtually in an act of renunciation of PM’s responsibility told the Supreme Court that the step was taken after extensive consultation with the RBI and advance preparations were made before the note ban was enforced.

But the facts and his address to the nation on November 8, 2016 narrate the just opposite.  His address made it absolutely clear that he had kept the decision to his heart and even his cabinet colleagues were not aware of his move.  The steps initiated by the RBI post demonization clearly underscores that it was barely consulted before it was implemented.

Had the RBI been involved in the decision making process the small issues could have been taken care of just with the implementation of demo. Demonetisation would not have become a nightmare for the poor and common men.  Modi’s New India has been witness to the miseries of the people. The poor turned pauper. The MSMEs were reduced to the status of bankrupt. The move of Modi in fact did not carry the imprint of the monetary decision of a bank, especially of the Central Bank. People scurried to ATMs, and made frantic calls to understand what was essentially for India, a new world order.

Modi wanted to keep his move for demonetisation a top secret is manifest in his speech of November 8. He said: “Secrecy was essential for this action. It is only now, as I speak to you, that various agencies like banks, post offices, railways, hospitals and others are being informed. So, in this fight against corruption, black money, fake notes and terrorism, in this movement for purifying our country, will our people not put up with difficulties for some days? I have full confidence that every citizen will stand up and participate in this ‘mahayagna’. My dear countrymen, after the festivity of Diwali, now join the nation and extend your hand in this Imandaarika Utsav, this Pramaniktaka Parv, this celebration of integrity, this festival of credibility.”

He had said; “For years, this country has felt that corruption, black money and terrorism are festering sores, holding us back in the race towards development. Through all these efforts, in the last two and a half years, we have brought into the open nearly 1 lakh 25 thousand crore rupees of black money belonging to the corrupt. The magnitude of cash in circulation is directly linked to the level of corruption. Inflation becomes worse through the deployment of cash earned in corrupt ways. The poor have to bear the brunt of this. It has a direct effect on the purchasing power of the poor and the middle class. “

While the apex court will take up the case on November 24, the former Governor of RBI Raghuram Rajan who quit the central bank in September 2016 has put the fact in proper perspective saying neither he nor RBI under him wanted demonetisation. Though he made the disclosure in his latest book — I do what I do – which is a compilation of speeches he delivered on a wide range of issues as the RBI governor, he is candid; “At no point during my term was the RBI asked to make a decision on demonetisation”. His revelation exposed the lies being blown out in public domain that preparations for scrapping high-value banknotes got underway many months before Prime Minister Narendra Modi made the surprise announcement on November 8.

Rajan has revealed that he did not favour demonetisation as he felt the short term economic costs associated with such a disruptive decision would outweigh any longer term benefits from it. Although he maintains the book is not a tell-all, the short introductions and postscripts accompanying the pieces offer fascinating insights into his uneasy relationship and differences with the present government.

In its submission to the Supreme Court on demonetisation, the Modi government has said that one of the primary reasons that influenced the 2016 decision was the massive increase in the circulation of Rs 500 and Rs 1,000 currency notes at that time. It is strange how the RBI which banned Rs 1000 could issue the currency of Rs 2000 after demonetisation?  Obviously it implied that no proper policy decision was taken keep in view the plight and miseries of the poor. Common people and small business. The disastrous impact of Modi’s decision is still being felt by the small business.

This wasn’t the first time that Rajan had warned against demonetization. In 2014, even when the matter hadn’t yet been raised by the government, he was asked at a public lecture for his views about invalidating currency bills. He had said; “holders of unaccounted wealth find ways to divide their hoard into many smaller pieces, and much of this is typically in the form of gold, making it harder to track. It’s not that easy to flush out the black money”.

“I was asked by the government in February 2016 for my view on demonetisation, which I gave orally. Although there might be long-term benefits, I felt the likely short-term economic costs would outweigh them,” Rajan wrote. “I made these views known in no uncertain terms.”

Modi government had initially predicted about a third of the 15 trillion rupees  invalidated wouldn’t be deposited into banks, indicating that while honest tax payers would line up to return their bank notes, others would prefer to give up their wealth rather than risk investigation. However, an RBI report said 99 percent of the bills had been returned. “The RBI flagged what would happen if preparation was inadequate,” Rajan wrote.

Interestingly the RBI had warned that demonetisation would not impact Indian economy and have no consequence on black money. The board of the RBI which included the present governor Shaktikanta Das as a director, had warned of short-term negative impact of demonetisation on Indian economy. The board, according to minutes of a meeting disclosed by RBI in an RTI reply, had met just two-and-a-half hours before Modi announced the demonetisation decision on 8 November 2016. (IPA Service)