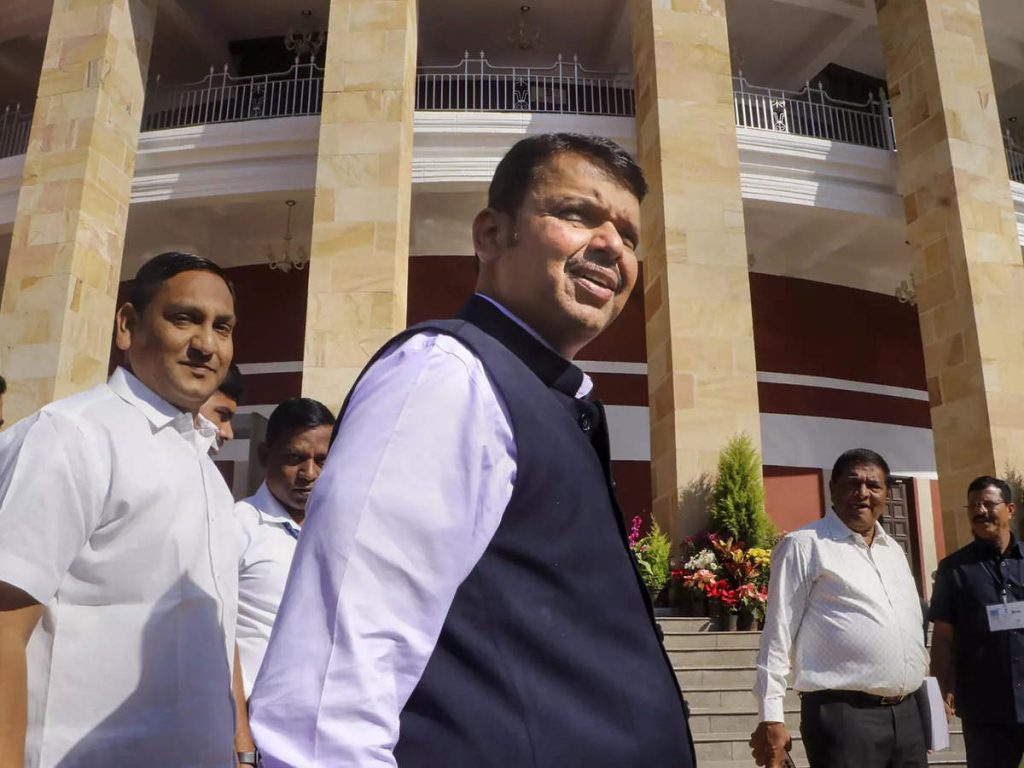 Maharashtra Deputy Chief Minister Devendra Fadnavis on Wednesday asserted Mumbai belongs to the state which will not tolerate anyone’s claim over its capital and strongly condemned remarks made by some Karnataka leaders amid the raging boundary dispute between the two states.

Speaking in the Maharashtra Legislative Assembly, Fadnavis said the state’s feelings will be conveyed to the Karnataka government and Union Home Minister Amit Shah.

Raising the issue in the House, Leader of Opposition Ajit Pawar (of Nationalist Congress Party) claimed Karnataka CM and ministers have been hurting Maharashtra’s pride by their remarks and the Maharashtra government’s response is not in the same coin.

“Law minister (of Karnataka) Madhu Swamy has demanded that Mumbai should be made a Union Territory. (Bharatiya Janata Party MLA) Laxman Savadi said Mumbai belongs to Karnataka and has rubbed salt on the Marathi people’s wounds,” Pawar said.

The NCP leader demanded that the chief minister condemn this in strong words.

Fadnavis said, “Mumbai belongs to Maharashtra and not to anyone’s father. We will not tolerate anyone staking claim over Mumbai and we will put forth our feelings before the Karnataka government and Union home minister.” He said Union minister Shah will be requested to reprimand such “motormouths”.

In a meeting between the chief ministers of the two states with Shah, it was decided that no fresh claim would be laid by any of the two parties, he said.

“The comments by Karnataka MLAs or the Karnataka Congress president are contrary to what was decided. Will not tolerate any claim staked on Mumbai. We condemn this. We will send a letter (to Karnataka government) condemning these statements,” Fadnavis said.

Amid the raging border dispute, both Houses of the Maharashtra legislature on Tuesday unanimously passed a resolution to “legally pursue” the inclusion of 865 Marathi-speaking villages in Karnataka into the western state.

The state government will legally pursue in the Supreme Court the case to include (in Maharashtra) “every inch” of the land of Belgaum, Karwar Bidar, Nipani, Bhalki cities and the 865 Marathi-speaking villages in Karnataka, said the resolution moved by Chief Minister Eknath Shinde in both the Houses.

Karnataka Congress president D K Shivakumar on Tuesday asserted that not even a single village will be ceded to Maharashtra, as he condemned the resolution passed in the neighbouring state’s legislature regarding inclusion of Marathi-speaking villages. He said the whole state is united on this issue, strongly condemns and opposes the resolution passed by the Maharashtra legislature.

Follow us on
Up Next: 2022 Has Witnessed Major Changes In Education Policy Of India After A Long Gap