Mr. Jaishankar – You Can Find Out What BJP Fringe Groups Are 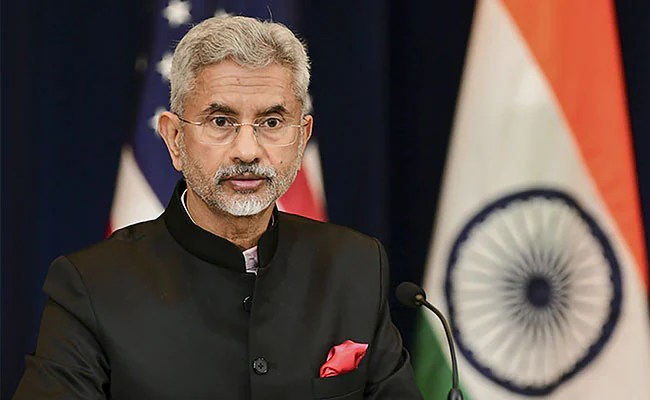 When the US-based commission for international religious freedom branded India as a country of “particular concern” because of its poor human rights record. a pro-BJP newspaper described the American outfit as “India-hating”.

The casual dismissal of the criticism showed what external affairs minister S. Jaishankar has hailed as a confident assertion of “who we are” as India charts its own course in world politics and does not want to be a “pale imitation” of others.

However, within days of the American think-tank’s unflattering observation, the Indian supreme court directed the Himachal Pradesh government to act against any “hate” speech against Muslim at a gathering of Hindu fundamentalists and more than 100 former civil servants urged the prime minister to speak out against the prevailing “frenzy of hate-filled destruction”. Neither the judiciary nor the ex-bureaucrats wanted the ongoing events to demonstrate to the world “who we are” since their view apparently is that India is different from what the hate-mongers propagate.

Soon afterwards, an organization of Hindus living in America came out with a statement, saying that Hindus have a special responsibility to denounce hate speech. Evidently, not every Indian, whether at home or abroad, agrees with the external affairs minister’s perception of “who we are”, with a not inconsequential group in favour of imitating those who extol human and, especially minority, rights.

There is little doubt that the minister’s views are in line with the BJP’s ideas about what the nation is and should be. For the BJP, the last one thousand years  were an era of darkness when the foreigners – Muslims and the British – ruled and tried to turn India into a “pale imitation” of their way of life.

The BJP refused to acknowledge that these thousand years were less a period of strife between the native Hindus and the invading outsiders than a time when the coexistence of the two groups led to the evolution of a composite culture which permeated all walks of life from art and architecture to music and cuisine in addition to heralding a form of governance under a constitution which extolled the nation’s diversity.

It isn’t surprising that one of the objectives of the first BJP government under Atal Behari Vajpayee was to abolish the constitution by setting up a commission for the purpose. Unfortunately for the BJP, the commission under a former chief justice of India refused to toe the BJP’s line. But that does not mean that the party has given up its efforts to mould the nation in its own Hindu-centric image where the minorities will be increasingly relegated to the status of second class citizens.

Hence, the attempts to dictate what they should wear – no hijab – what they should eat – no halal meat – how they should pray – no loudspeakers in the mosques. It is these impositions of the majority community which the liberal democracies are noting as matters of “particular concern” because they militate against the generally accepted norms of interaction between various religious communities.

Before the BJP’s ascent, India had always taken pride in its secularism. Under the BJP, however, secularism has become a “dirty word” – the Hindutva groups dub it as “sickularism” – and India is lapsing into a majoritarian country where the minorities are shunned as the BJP’s proposal to change all the Muslim names in the Delhi area shows. Already, several prominent Muslim names like that of Allahahad and Mughal Sarai in U.P. have been turned into Hindu ones.

It is unlikely that sizeable sections of Hindus will be pleased with this wholesale obliteration of Muslim names (which relect a composite past) and hold up the exercise as an example of “who we are”. To them, this is not the kind of “us” that we want to be if only because such linguistic vandalism shows Hindus as mean-minded bigots.

The chances are that it will not be easy for the external affairs minister to sell this “idea” of  India with its inherent vicious communalism even if as a newcomer to the BJP, he may want to be more loyal than the king to consolidate his position in the party. However, since the continuing “frenzy” of hate is bound to keep Hindu-Muslim (and even Hindu-Christian) relations on the boil, the country’s foreign policy will tend to be singed by as much of the heat as the domestic scene. The concept of who we are may then have to be modified. (IPA Service)