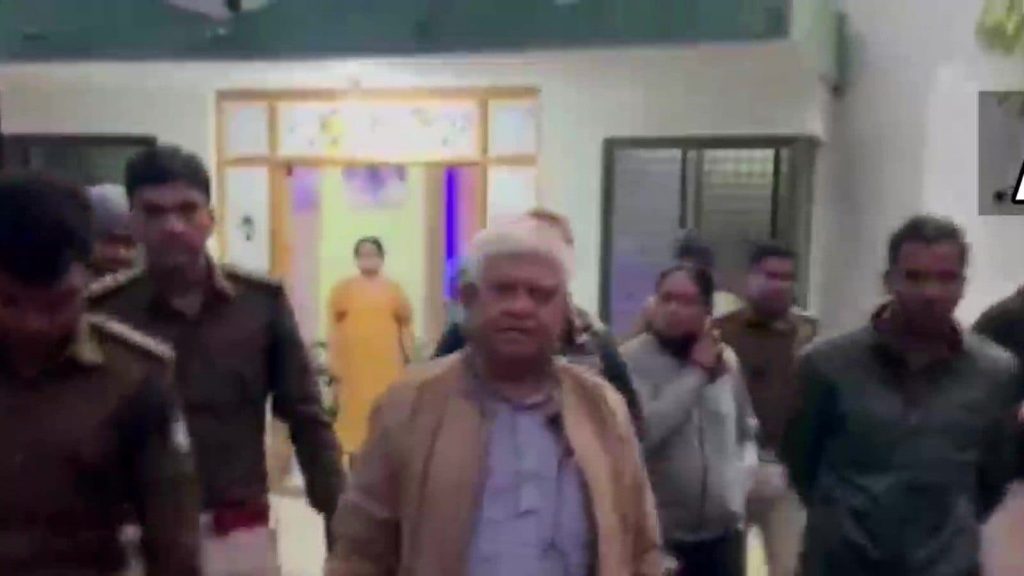 Former Madhya Pradesh minister and senior Congress leader Raja Pateria has been arrested by Panna Police, in connection with his alleged ‘kill Modi to save constitution’ remarks. A First Information Report (FIR) was registered on Monday afternoon at the Pawai police station in MP’s Panna district against the Congress leader for the controversial remark against Prime Minister Narendra Modi.

A controversy erupted after Pateria apparently goaded his audience to “kill”  to “save” the Constitution. In a purported video doing rounds of social media, the Congress leader could be heard saying that PM Modi has plans of doing away with elections.

“Modi will end elections, Modi will divide the country on the basis of religion, caste, and language. The lives of Dalits, tribals, and minorities are in danger. If you want to save the constitution, then be ready to kill Modi,” Pateria purportedly said while addressing supporters in Pawai town of MP’s Panna district.

However, the Congress leader, in the video, could be heard clarifying that by killing he meant ‘defeating’ Modi, but that hardly made a difference with several BJP leaders calling for Pateria’s arrest.

Pateria issued a video statement clarifying he meant to “defeat” PM Modi in the elections but his remarks were wrongly presented.

“A video related to a mandal meeting yesterday at Pawai has surfaced. I am a follower of Mahatma Gandhi who can’t talk about killing anyone. It was wrongly presented. I wanted to say defeat Modi to protect the Constitution, Dalits, tribals and minorities and also to remove unemployment,” he said.

State Home Minister Narottam Mishra, who had ordered the registration of the FIR, said the police found Pateria spread hatred and enmity among Dalits, minorities, and tribal communities based on religion, caste, and language, at the meeting.

The Congress, meanwhile, expressed dismay and denounced the remarks made by its leader, saying they are not acceptable to the party and need to be condemned.

“Absolutely reprehensible! No such words should be used against the prime minister or against anyone. The Congress party denounces, condemns such statements,” AICC head of media and publicity department Pawan Khera said when asked about the comments in the national capital.