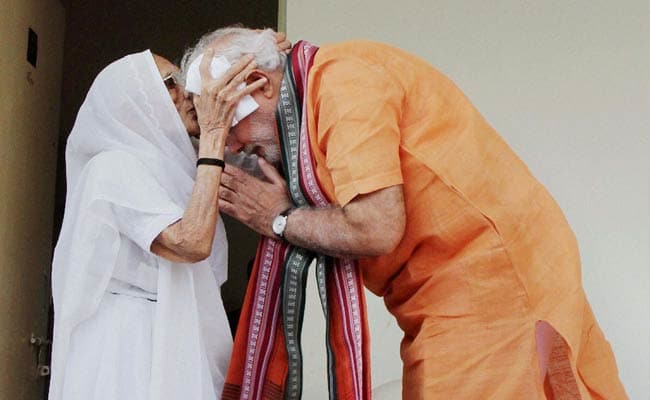 Prime Minister Narendra Modi today said at a rally in Uttar Pradesh that his mother, 100, never jumped the queue for her Covid vaccination, though “dynasts would do it”.

“She is 100 years old but has no co-morbidities and so she has not even got the booster dose. If it was the ‘parivar vadis (dynasts)’ they would have ensured all of them got the vaccine first,” the Prime Minister said, targeting the Samajwadi Party and Congress.

PM Modi has been using the term “ghor parivar vadis” to attack Samajwadi Party leader Akhilesh Yadav and the Congress, which is led by Priyanka Gandhi Vadra in this Uttar Pradesh election.

He has also talked about his government making Covid shots free for people, and has claimed that left to the dynasts, vaccines would be sold.

Amethi, for long a Gandhi family stronghold, was Congress leader Rahul Gandhi’s parliamentary constituency till he lost to the BJP’s Smriti Irani in 2019.

Uttar Pradesh is voting in seven rounds, after which the results will be declared on March 10.