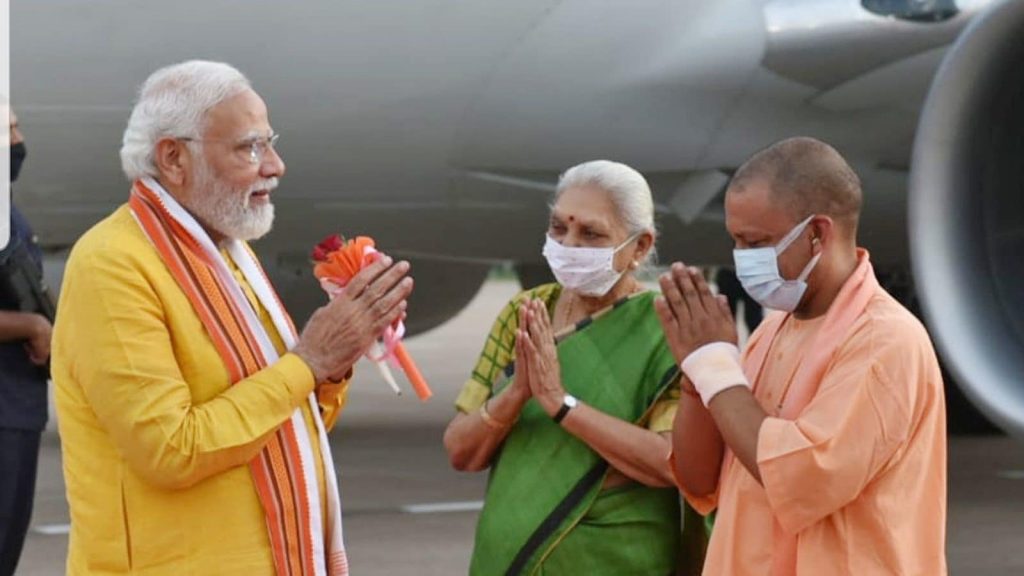 Prime Minister Narendra Modi chaired a brainstorming session with Uttar Pradesh’s Yogi Adityanath cabinet in Lucknow on Monday evening. During his meeting with UP ministers, the PM said that only good governance opens the way to power. With this, he asked all the ministers of the state to further dedicate themselves to the service of the public. The Prime Minister also told the UP cabinet that there was no time left for any rest and that everyone should start preparations for the 2024 Lok Sabha elections, News18 has learnt.

The PM during his interaction with UP ministers said that the law and order situation of the state had improved under the rule of Yogi Adityanath and he congratulated the chief minister on this. He also lauded the efforts of the BJP-led state government for Covid management.

Modi also asked the ministers to spend the maximum possible time in their constituencies and to implement the programmes of the government. According to sources, he said it must be ensured that the government schemes reach all those who are eligible.

At the same time, the Prime Minister also advised all the ministers including CM Yogi that it was necessary to work in coordination between the government and the organisation, because both were complementary to each other.

Earlier on Monday, PM Modi visited Lumbini in Nepal, the birthplace of Gautam Buddha, on the occasion of Buddha Purnima. He also held bilateral talks with his Nepalese counterpart Sher Bahadur Deuba.

In the evening, the Prime Minister returned to Kushinagar where he had a programme of worship at the Mahaparinirvana Sthali temple of Gautam Buddha. After this, he left for Lucknow.

On his arrival, he was received by governor Anandiben Patel and chief minister Yogi Adityanath.

After the meeting with the Yogi cabinet, the Prime Minister posed for a group photo with CM Yogi, deputy chief ministers Brajesh Pathak and Keshav Prasad Maurya, and other ministers at the chief minister’s official residence at 5 Kalidas Marg in Lucknow.