Modi Govt Is Still In Dark About Migrant Workers 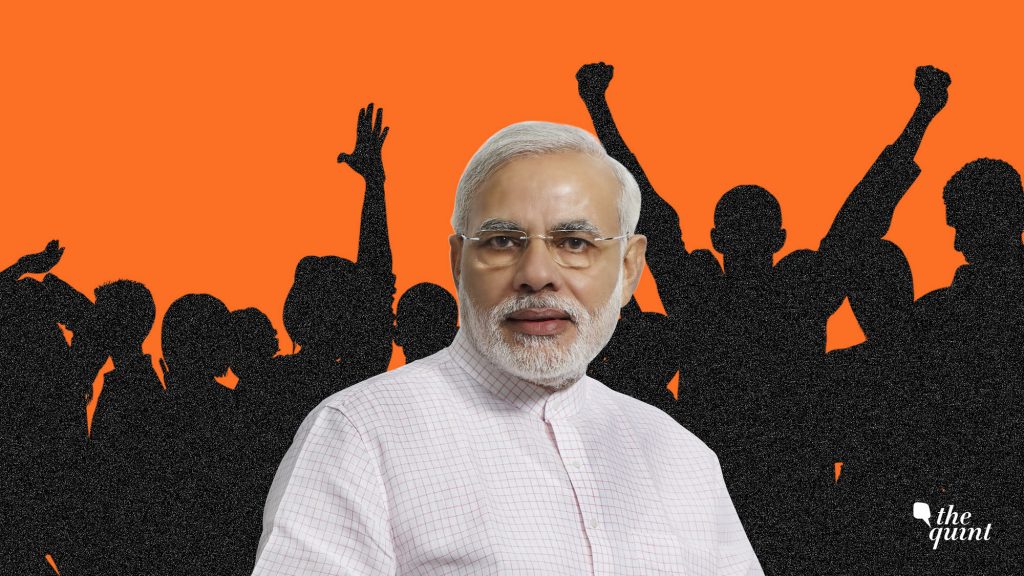 India doesn’t know about the real status of the migrant workers in the country even two years after their returning home following sudden lockdown that shook the very conscience of the world during March 24 and May 31, 2020. Modi government had liberally distributed assurances for their well-being which never realized since they did not have the real reliable data then, and even now. We only can hope, as the latest assurance is given, migrant workers survey will be completed by October 2022.

People have never been satisfied with the functioning of the Union Ministry of Labour, not only on issues relating to migrant workers, but also entire workforce in general, which eventually led to a discussion in the Rajya Sabha recently on “working of the ministry”. Amid general criticism of the functioning of the ministry by the leaders of opposition, Prakash Javadekar of BJP while defending the Modi government had said that the Centre has taken several steps for the welfare of labourers and workers. He even lauded the launching of the e-Shram portal saying that over 26 crore workers of unorganised sector had registered on it. It was but a very weak defense of the Centre especially when the country is undergoing a situation of severe shortage of jobs and social security coverage on the one hand and rising unemployment on the other.

As for the migrant workers, the ordeal of the pandemic and subsequent lockdown and containment measures, have still been continued. Only fortunate one could get benefit from the government schemes, since the Centre had no data about majority of migrant workers. It may be recalled that the Centre had admitted even in the Parliament of India that they did not have data relating to the deaths of migrant workers returning home from the cities they had been working at the time of announcement of the lockdown on March 24, 2020. The Opposition had demanded that the people suffered during “returning home” with children and women, on foot, without food or water, and with no hope of getting in the way due to lockdown should be given compensation, since hundreds of them just perished during their efforts to reach home. In absence of the data there was no question of compensation.

After the mounting pressure on Modi government, and litigations in the the Supreme Court of India, the Centre had launched e-Shram portal on August 26, 2021, about which Prakash Javadekar was telling the Rajya Sabha. The very delay in launching such a portal had in itself exposed the dismal performance of the Centre that has never been sensitive to the miseries of the workforce in general and migrant workforce in particular. Moreover, millions of labour are yet to be registered, while millions others could never be registered, due to certain procedural obstacles.

It cannot be denied that the collection and keeping of the data about the workforce in the country is primarily the work and responsibility of the government. It was just a shame on the Modi government that the ministry responsible to even implementing the largest labour reforms and the four controversial codes took about one year just to sign agreement for surveys so that the government would have proper data about workforce in the country.

However, the Survey of Migrant Workers is not likely to be completed before October 2022. The AQEES reports are delayed by six months, and reports for only two quarters – April-June 2021 and July-September 2021 – are available. Two other surveys on transport sector and professionals were later dropped because lack of funds. Union Ministry of Labour and Employment said that the Union Ministry of Finance did not sanction the required budget. Moreover, there is little progress on the Survey on Domestic Workers. And the irony is, Modi government is tireless in claiming pro-worker and good governance.

The Centre’s press release on April 1, 2021, relating to the launch of the surveys had stated that the surveys have been developed and designed by Labour Bureau under the technical guidance of an expert group chaired by Prof S P Mukherjee and co-chaired by Dr Amitabh Kundu. “As on date there have been 60 expert group meetings that have worked on developing these scientific and robust survey instruments.” … “The Surveys will be path breaking in their “Paperless” data collection approach due to use of tablet PCs in the field work, these tablets are equipped with latest software application. Use of latest technology is likely to reduce the survey completion time by at least 30-40 %,” the release read while informing that the Labour Bureau is being aided by BECIL, a Government of India Enterprise under the Ministry of Information and Broadcasting.

Obviously, all the claims made at that time have already been proved untrue. Surveys are inordinately delayed, and one could be shocked to know what Prof S P Mukherjee as the head of the expert panel has said about the miniratna BECIL. He said that BECIL is “incompetent and lack experience” to carryout field work, collect data, and develop software for surveys on migrant workers and employment in the unorganised sector. He has also pointed out “poor HR practices” of BECIL and “technical glitches” for slippages in the schedule.

How can Modi government care for the workers in general and migrant workers in particular, especially in unorganised sector and without proper, reliable, and timely data is a million dollar question. Can such a state of affair be called good governance or competency? One wonders if the Modi government really wants timely and reliable data on workers at all? (IPA Service)