Modi Government Applying Rules For Bureaucracy To Suit Its Convenience 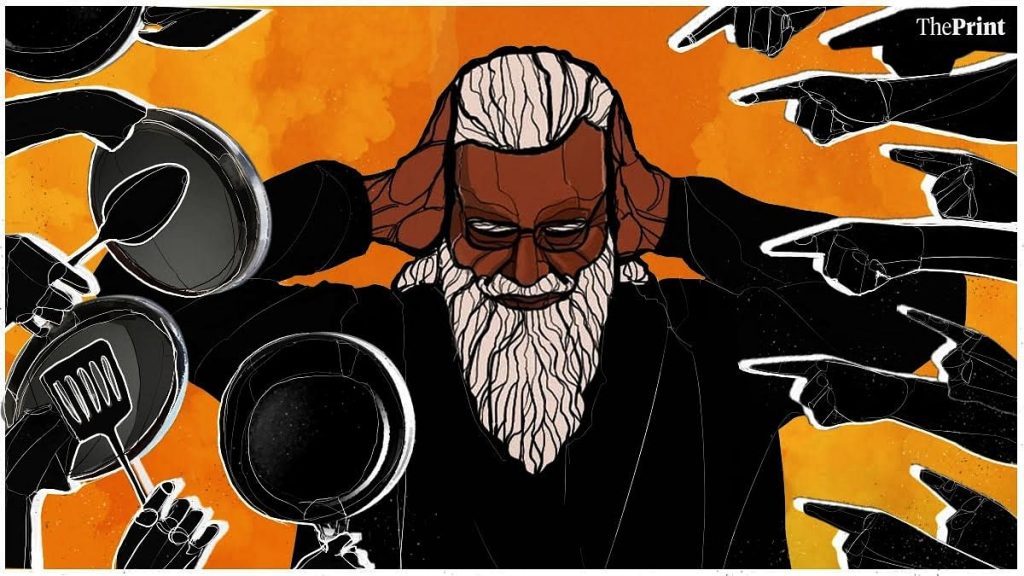 Bilkis Bano’s 11 rapists were given the benefit of remission, their horrible crimes set aside like so many cookies in the jar. Now, they are back to roaming the streets. And we also have a second case of remission, this one for an IAS officer who had once been detained under the Public Safety Act after being prevented from fleeing the country on a private mission to allegedly defame India from the launching pad of a perceived enemy country.

The two remission cases have put a question mark on the premise that India is governed by rule of law. The 11 gang-rapists of Bilkis Bano were bumped off the convicts’ list for, of all the reasons, “good behaviour”. Eleven rogues together and at the same time, give or take a few hours, were declared the best products of the correctional system.

In the remission case of Kashmiri IAS officer, Shah Faesal, there was no correctional facility involved. The man had left the IAS voluntarily. Faesal had made headlines when he topped the Indian Civil Services examination, the first Kashmiri to do so. For Modi, Shah Faesal was a trophy, a symbol of “Modi wasn’t, after all, anti-Muslim”.

Ever since then, the Modi government had been broadcasting the rising number of Muslim IAS/IPS serving India in the Modi regime. But Shah Faesal pricked that balloon. He rebelled against the abrogation of Article 370. He resigned from the IAS, parting with damning words for the Modi regime.

Shah Faesal also formed a political outfit with people of the same bent of mind. He let it be known that “India was behind all the troubles of the Kashmiri Muslim”. JNU’s firebrand Shehla Rashid stood in solidarity with Faesal. Shah Faesal was detained at the Delhi airport, apparently trying to flee India to Turkey.

Faesal was taken to Srinagar and detained under the Public Safety Act. One would have thought that was it, curtains for Shah Faesal. It wasn’t. Earlier this year, he was back in the IAS. And on August 31, he was appointed a deputy secretary in the Union Ministry of Culture. Is Shah Faesal no longer a danger to public safety?

Was Shah Faesal ever presented in court? Nothing of the sort was reported. Then, all of a sudden, Shah Faesal started retweeting Prime Minister Narendra Modi’s tweets. Then, to no one’s surprise, Shah Faesal was back in the IAS, and word broke that his resignation had never been accepted!

Apparently, Shah Faesal is an exceptional officer, worth his weight in gold. Home Minister Amit Shah, whose abrogation of Article 370 was at the root of Shah Faesal’s rebellion, was also at the root of his reinstatement, all his crimes forgotten, the rules of service and reappointment be damned.

A similarly placed, and similarly accused IAS, from any other state would not have got the remission that Shah Faesal walked away without breaking sweat. India’s first Home Minister Sardar Patel’s “steel frame of India” has developed cracks, and has rusted under the combined weight of Home Minister Amit Shah and Prime Minister Narendra Modi.

Without doubt and quite clearly to every citizen of India, Shah Faesal, rightly or wrongly, had resigned from the civil services. And the government of India, for subsequent actions, had acted rightly with him using the laws of the land. Foisting PSA on anybody is not done for play. The Government of India is not a game of Lego for Modi and Shah to play “PM-PM-HM-HM’ with.

Government, and governance, are serious business. India’s bureaucrats cannot just join and go, and then return and join, like it used to be in the courts of ancient kings, and in the durbars of medieval sultans. The Indian bureaucracy is no wayward king’s harem. There are rules and regulations written on stone, and the roles of everybody are well-defined.

But, from whatever that could be made of, Shah Faesal played by the rules, he resigned. Nothing about the remission given to Faesal is transparent. The Modi government helped Shah Faesal break every rule in the book to make a comeback. Nobody is above the law and the rule of law is not just about controlling crowds belching out of a place of worship once a week. If Prime Ministers and Home Ministers cannot uphold rule of law, they should head for the door. (IPA Service)