Mismanagement By Organizers Of KK’s Function In Kolkata Needs Probe 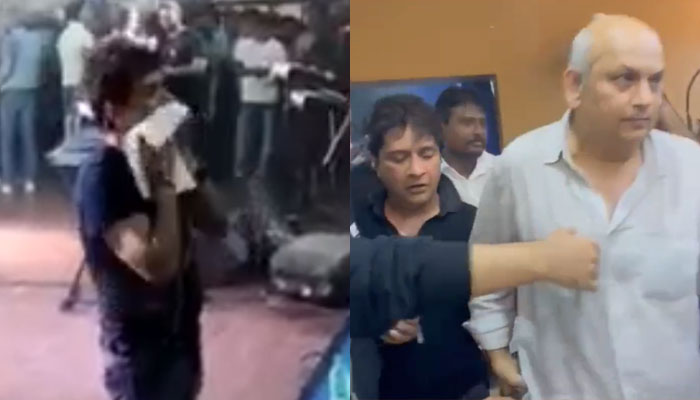 Whether as commoners or experts, people engaged in making political predictions are usually in a high-risk, error-prone business: Yet judging by initial public reactions after the unfortunate death of highly popular singer Krishnakumar Kunnath or KK in Kolkata on May 31 it seems safe to conclude that West Bengal as a state may find it hard to live down the toxic notoriety billing it has begun to receive.

Since the youth wing of the ruling Trinamool Congress(TMC) was responsible for the planning/ sponsoring of two public concerts scheduled for May 31 and June 1in south Kolkata, there is no way for top TMC honchos to disclaim discredit for the tragedy that has shocked the country.

It is par for the course to see the State Government being excoriated ruthlessly by an overwhelming majority of social media netizens. The most damning indictment came from Mrs Om Puri. Not mincing words, she stated that Kolkata had killed him, detailing the utter mismanagement and irresponsibility on part of the political sponsors who apparently gave no relief to an obviously ailing singer visibly struggling to perform, repeatedly signalling his discomfort.

For once, the condemnation was not restricted to outraged non -Bengalis living in or out of West Bengal. CPI(M) leader Sujan Chakravarty spoke for the sad, silent majority of homegrown Kolkata citizens , admitting ’Our faces stand blackened . Where can we hide our shame ? Will any other outstation artist ever perform in this city again? The TMC must answer.’

Nor was he alone. Eminent medical practitioner Dr Kunal Sarkar echoed him, wondering what had prevented the organizers from helping the 50-something singer obviously in great physical distress and immediately shifting him to the nearest hospital?

BJP leader Dilip Ghosh called for an immediate probe into the matter to affix responsibility and ensure some accountability/punishment for those responsible for KK’s death.

From Chief Minister Mamata Banerjee to Minister and Mayor Firhad Hakim to the earthy Madan Mitra, the official attempt to camouflage the shocking incompetence of the organizers, the police , civic department officials and thousands of raucous supporters seemed indefensible. Mitra found it surprising that no one out of a crowd of several thousands had suffered physically in the humid heat and only KK was affected! His implication was , the man must have had a record of past ailments which he did not declare — an odd point to make . In the same breath he also claimed to have known the singer for ages!

Hakim supported the passive role of the police as they silently watched and let excited bunches of teenagers pour into the hot steamy Nazrul Manch auditorium, forcing open closed gates. As the concert got under way in an air conditioned hall of around 2500 capacity no fewer than 6500/7000 people were packed like sardines.

How could the police stop such ardent young music lovers?’ Hakim asked blandly. TMC spokesman Kunal Ghosh explaining the mayhem and rampage, asked if anyone really counted 7000 people inside the hall?

For the record, the young TMC organizers from Gurudas College had raised nearly Rs 30 lakh for the programmes, which students on roll could attend for free. Actually, big bunches of tickets costing up to Rs 2000 were sold without apparent reference to the capacity of the hall. Party insiders later admitted that mismanagement occurred as several groups got involved with the organisation of the gala event.

The outcome: hundreds of angry people who had paid for their tickets clamoured at the gates, some throwing stones as only two out of the seven entry points were kept officially open. The police fell back against the strong shower of stones and allowed the yelling crowds entry through all the gates.

The bedlam worsened as some organizers, to stop over energetic youths from dancing on the chairs and wrecking furniture — the hall is run by the state government, of course! — suddenly sprayed the worked up sweaty mob inside with liquid fire extinguisher , adding to the pre-monsoon steamy heat ….This an organizer later explained to mediapersons, was done to ensure better ‘order”……

Instead of going on with the shocking account of a botched -up pop concert, by no means the first of its kind in the city of joy, perhaps it makes more sense to refer to the sad postscript to the tragedy. Some sensible suggestions were made by some netizens, urging upon the state government to conduct a serious inquiry as to the causes of the mishap. So many issues of mismanagement are there to be probed about the Nazrul Manch function on May 31.

For the unapologetic TMC leaders and followers, the symbolic gesture of a hastily arranged gun salute has covered all official lapses . No one has been censured so far neither from the youth organisation nor from the state administration. For the pro-establishment, business continues as before, with the state Chief Minister shown on TV discussing in detail the critical problem of obesity and overeating at an administrative meeting. (IPA Service)