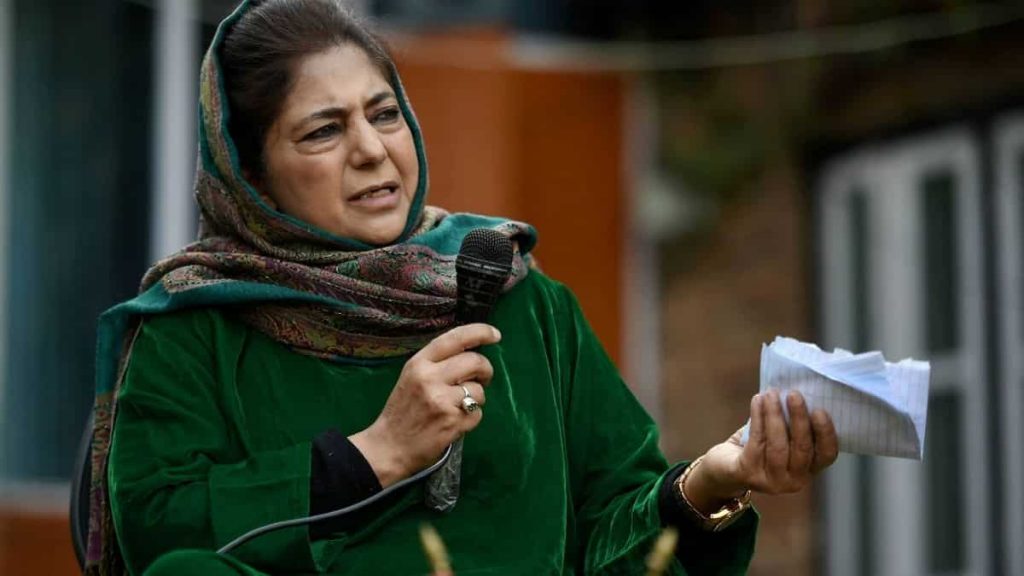 Mufti said that the process of dialogue on the Kashmir issue can be beneficial for India and Pakistan because both countries are suffering from political crisis at the moment. She said that dialogue between the two countries is also necessary to deal with the current situation in Kashmir.

She said that if Pakistan PM is in favour of improving ties with India, then she welcomes it. She said that better relations between the two countries will be beneficial for the entire continent.

During his address at UNGA, PM Sharif appealed for a peaceful end to the dispute over Kashmir.

The former chief minister said that the youth of Jammu Kashmir have become a victim of confusion and insecurity at present and Kashmir has become like a prison for the people.

“On the other hand, the way the countries of India and Pakistan are spending huge sums of money on the army and weapons, the direct effect on the economy of these two countries is becoming noticeable because the same money could have been spent on development of both countries,” she added.

Mufti said that India’s GDP is continuously coming down and even Bangladesh is above India.  While the rate of poverty in the country has also increased significantly, the situation in Pakistan is also not good and therefore both the countries should improve their relations with each other which is need of the hour, she said.

The PDP chief alleged Kashmiri youth are locked up in jails not only in Jammu Kashmir but also outside.