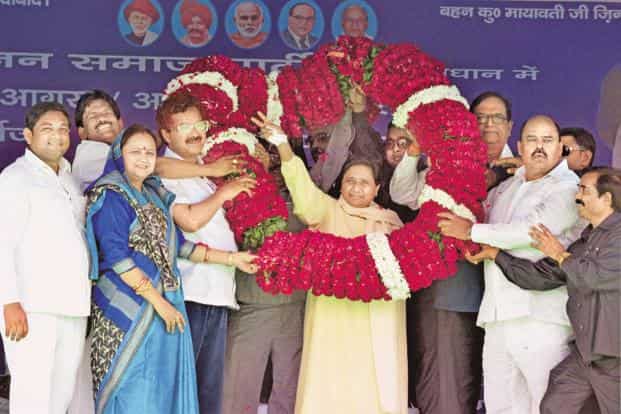 LUCKNOW: Bahujan Samaj Party (BSP) national president Mayawati is busy these days to enlarge the support base of her party to face civic polls and later on Lok Sabha polls in 2024. After worst ever performance in Uttar Pradesh assembly polls held in March this year, Mayawati is working very hard to enlarge the support base of her party which was reflected through the changes she made in the organisation and new appointments. Perhaps Bahujan Samaj Party is the party in the state which held so many review meetings with party leaders to find out the root causes for worst ever performances in assembly polls.

Mayawati is also aware that Samajwadi Party got the maximum support from minority community in 2022 assembly polls which helped its  vote percentage in number of seats in UP Assembly. That is why she is more keen to make dent in minority support of Samajwadi Party. Although BSP fought 2019 Lok Sabha elections in alliance with Samajwadi Party which helped the party to increase its tally from zero to 10. Soon after the polls, Mayawati ended the alliance.

Mayawati welcomed Imran Masood with her statement that the entry of leaders like Imran Masood demonstrated the mood of Muslim community which was fed up with the divisive policy of BJP. Mayawati said that the induction of Imran Masood is very important before civic elections.

It would be worth mentioning here that Imran Masood was very important leader in Congress for almost a decade. He contested elections in 2014, 2017 and 2019 but lost. In 2022 Imran Masood joined Samajwadi Party with a hope that he would be given ticket or be made Rajya Sabha MP. Having failed to get both, Imran Masood   got frustrated and was looking for new opening. Mayawati is confident of getting support from Muslim community after by-election for Lok Sabha seat in Azamgarh vacated by Akhilesh Yadav where BSP candidate Guddu Jamali got impressive votes from his community.

At a time when BJP is also working very hard to make inroads in Pasmanda Muslims, the fight for crucial minority community votes has intensified with BJP, Samajwadi Party, BSP and Congress in the fray.  That is why Congress has made Nasimuddin Siddiqui, who at one time  had very important position in BSP, regional President of the party to consolidate minority community for the party which once ruled the state with vote bank of Brahmins, Muslims and Scheduled castes and Scheduled tribes.

BSP had earlier  also attempted to bring Muslims to party fold especially in 2017 assembly polls when party distributed more  than100 tickets to Muslims.  The aggressive Muslim card played by BSP helped in total polarisation of Hindu voters for BJP which came to power with more than 300 seats.

Now it is to be seen as to how the attempts of Mayawati to overhaul the organisation and enlarge the support base in different castes  and religion help Bahujan Samaj Party to regain its vote share which helped  it to  come to power on its own in 2007   assembly  polls. (IPA Service)

Azam Khan’s Sentence Is Okay But What About Hate Speeches By BJP Leaders
Posting....