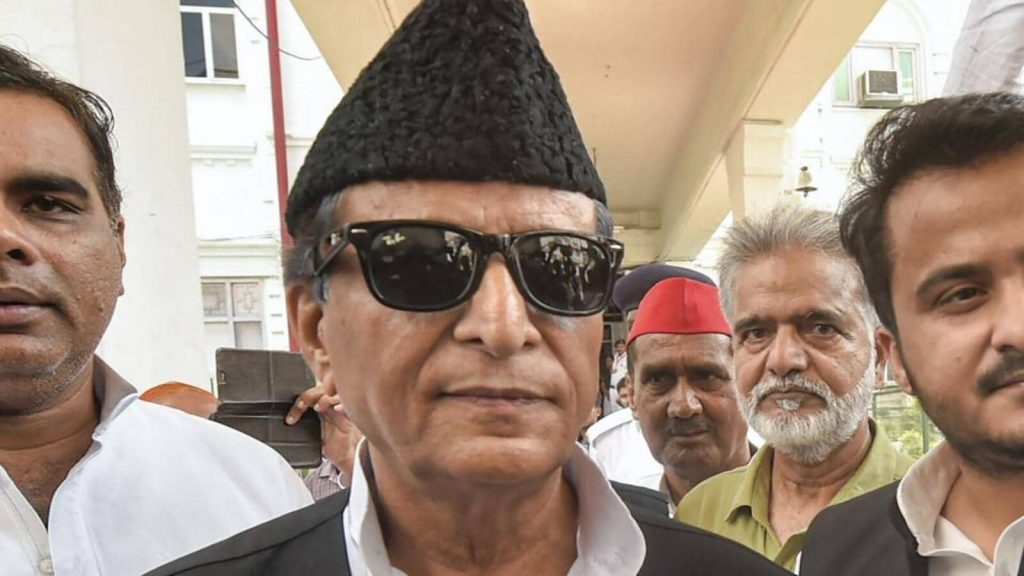 Only after six days of the Supreme Court passing stringent orders to the police chiefs of Delhi, Uttarakhand, and Uttar Pradesh to file suo motu cases against hate speeches made by people from any religion, and warned of contempt action if the orders of the court are not complied with, the proactive state administration of the Uttar Pradesh and the judiciary in the state, ordered the senior Samajwadi Party leader Azam Khan to be jailed for his hate speech against Yogi  Adityanath  Narendra Modi and the DM of the district.

Azam has not only been sentenced he has also been disqualified by the Uttar Pradesh Assembly to which he was elected in the 2022 Assembly polls. The action of the state administration and legislature ought to be appreciated. Their prompt action will certainly prove to be deterrent for those who frequently indulge in hate speaking. But unfortunately this has not been happening in the Uttar Pradesh of Yogi, himself a symbol of communal hatred and accused of practicing divisive politics.

The legislative and judicial actions have raised many bitter questions. Why Yogi’s police, his administration and even  the judiciary in his state have not shown so much of alacrity to arrest the persons like Anurag Thakur, Kapil Mishra, Pravesh Sharma and the Hindu saint of Haridwar who are accused of indulging in vitiating the communal harmony. They have used all kinds of nasty words and phrases for the Muslims and even their women.

It is really a matter of shame that the UP police has not arrested a single culprit and prosecuted him.. The alacrity shown by the judiciary and the UP police in the matter of Azam ought to be appreciated, but they deserve an explanation why they failed to act against the guilty persons. This action of police of approaching the judiciary to penalize Azam is borne out of political vendetta and at the instructions from the top.  The court delivered highest possible punishment of three-years imprisonment under the offence. The EC rule mandates that if an elected public representative is given imprisonment of more than 2 years, he or she will have to quit as MP or MLA.

Samajwadi Party (SP) leader and 10-term MLA from Rampur, Azam Khan, was on Thursday sentenced to three years in jail by an MP-MLA court in Rampur, along with a fine of ₹2,000, in a hate speech case filed against him in 2019 over comments made against Uttar Pradesh Chief Minister Yogi Adityanath. It is alleged that Azam had made provocative remarks against the then District Magistrate of Rampur, Aunjaneya Kumar Singh at Rampur on April 9, 2019 during the Lok Sabha election campaign.

The case was registered against Azam Khan in Rampur on April 9, 2019, for making provocative remarks against the Prime Minister, Uttar Pradesh CM Yogi Adityanath and the then Rampur District Magistrate, Aunjaneya Kumar Singh. The case was filed under Section 125 of the Representation of the People’s Act, 1951 along with Sections 505 (1) and 153 (A) of the Indian Penal Code.

Just after his sentencing a video making round the political circle revealed that Azam had not indulged in hate speaking, instead he had used harsh words against the DM and SP and cautioned them not to work at the instructions of Yogi. In this video, Azam had slammed the Yogi government for allegedly ruining the lives of the citizens. He had asked the people to take ‘inteqam’ (revenge) against PM Modi and UP CM Yogi Adityanath. He also had said that Muslims had suffered a lot during the BJP rule from 2014 to 2019 and that the BJP leaders ruling over the government were ‘criminals’.

The case was however registered after Akash Saxena, an advocate and a local BJP leader raised the issue and said that Khan was trying to incite violence among two communities by delivering a provocative speech. “He delivered provocative speech to incite violence and also used foul language for the then DM and his mother”, said Saxena who contested against Khan in the latest assembly elections in 2022.

After Azam’s jail sentence and his disqualification from assembly, the Muslims of Uttar Pradesh are feeling aggrieved and let down. They nurse the view that the BJP has made him a scapegoat. It is beyond comprehension why Amit Shah and Yogi have been pursuing this nature of politics. Do they believe that this nature of politics will force the Muslims to surrender?  They ought to realise that rubber too has a elasticity index and it breaks beyond a stage. Their repression of the Muslim psyche would prove to be counterproductive.  One thing is quite explicit that neither the RSS nor the BJP can force the 27 crores Muslims out of India or deny them their basic human rights. Already the international human rights organisations have turned highly critical of Modi government for its ill treatment to Muslims.

If at all they nurse some kind of illusion that by resorting to this nature of torture and terrorising the Muslims will make them fall in the line, then they are absolutely mistaken. While they would undoubtedly cease to succeed in their mission to turn India into a Hindu Rashtra, they will simply vitiate the minds of the younger generation of both the communities, inviting perils to the future of India. (IPA Service)