Maharashtra to seek stoppage of work on Karnataka dam 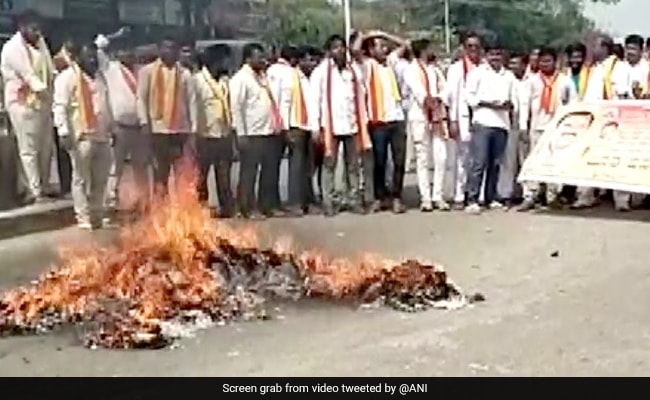 Maharashtra Deputy Chief Minister Devendra Fadnavis has said the state will ask Karnataka to stop the work of raising the height of Alamaty dam on the Krishna river till an ongoing study to assess its flood impact in Sangli and Kolhapur is completed.

Replying to a question in the state Assembly on Wednesday, Fadnavis said if the Karnataka government does not heed Maharashtra’s request, it will approach the Supreme Court.

The two states are already locked in a border dispute and the matter is pending before the Supreme Court.

The state government had appointed a panel under the chairmanship of Water Resources Department’s former principal secretary Nandkumar Wadnera to study the impact of Karnataka raising the height to 524 metres and its effect on flooding in Kolhapur and Sangli, Fadnavis said.

The study panel was set up after the devastating floods of 2019 in the two Maharashtra districts.

The Wadnera report, submitted on May 27, 2020, said there would be no adverse impact in Kolhapur and Sangli if the height of the dams of Alamaty and Hippargi on the Krishna was raised.

However, in September 2021, Wadnera wrote to then chief minister Uddhav Thackeray, stating that when the report was prepared, there was no information about check dams in Karnataka which could lead to flooding in Kolhapur and Sangli.

in Politics
Feb 5, 2023   ·
Follow us on
Up Next: Peru’s Pedro Castillo’s Removal And Arrest Is A Big Setback To Latin American Left