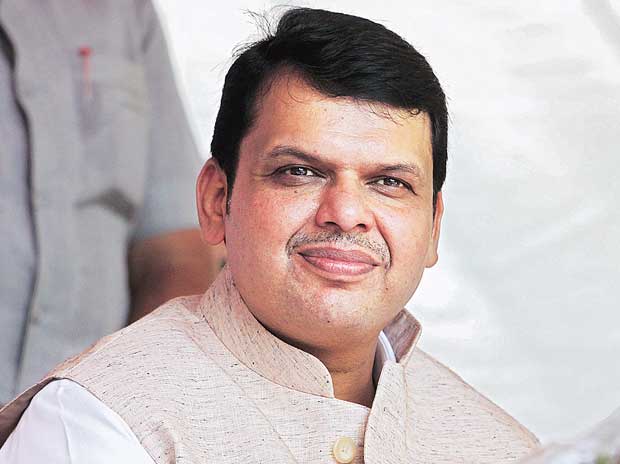 BJP’s latest move to throw out Maha Vikas Aghadi from power in Maharashtra has a different contour and political necessity.  The move was driven not only with the maxim to have a BJP government and revenge the two year old action of Uddhav Thackeray to foil its effort to rule Maharashtra. Instead it was the anxiety of losing the presidential election that prompted the BJP leadership to use its all might to split the Shiv Sena and install its own government.

Though the BJP performed well in the recently held Rajya Sabha elections, the opposition had also managed to gain more from it and consolidate its position.  The most encouraging for the BJP has been its performance in Maharashtra. The effective strength of the BJP in the assembly was 106 members, but it managed to gain at least 16 extra votes. This unravelled that down the line some sort of disquiet and dissension was raising its head.  The BJP leadership which was searching for more votes for its presidential candidate preferred to use this development to split the Sena, pull down the MVA government and ensure the victory of its candidate.

In recent times Maharashtra under MVA government has emerged as the pivot of the opposition unity. Maharashtra’s leaders Sharad Pawar and Uddhav Thackeray have been making efforts to bring the 26 opposition parties under one umbrella. They had succeeded to a great extent. With MVA in power the BJP could envisage that it would be hard forced to muster enough votes for its candidates. If somehow it manages to dethrone the Uddhav government then it would not have to strain much.

With this the BJP leadership targeted the MVA government. Their belief further get boost with the Sena rank displaying more obduracy during the Legislative Council elections. In this election the BJP could manage 134 votes, at least 28 votes more than its own strength. Obviously the BJP looking for the right time used this opportunity. Around 34 legislators owing allegiance to MVA have deserted Uddhav. With this the BJP has virtually gained 68 votes; MVA’s loss is BJP’s gain.

The BJP’s better-than-expected show is a boost to the NDA ahead of the President’s poll, and is a blow to its rivals, as the Rajya Sabha elections have again highlighted dissension and lack of cohesion in the opposition ranks. BJP was pleased with the outcome in Maharashtra where the ruling Maha Vikas Aghadi coalition of the Shiv Sena, the NCP and the Congress suffered a setback despite being in power with the BJP bagging three of the six seats at stake.

With this morale booster development, ahead of the presidential poll, which is scheduled for July 18, the BJP can now have sigh of relief. With Maharashtra under its belt, the BJP can now boast of deciding the political course as well as the discourse. It was the lack of confidence of winning the election that has made Modi to twist the arm of some of the opposition leaders and send the message across to them that they should refrain from throwing their hats into the ring. But even after this he was not sure of a victory of his candidate.

Though the NDA doesn’t have a majority in Rajya Sabha, the alliance by virtue of its number in Lok Sabha and the majority of MLAs in 17 states, is aspiring to  perform well. In fact Pawar and Uddhav along with Mamata Banerjee have  put momentum to the opposition perspective. With the tenure of president Ram Nath Kovind coming to an end on 24 July, the opposition parties have begun strategising over the next presidential candidate for the polls to be conducted on 18 July. They have already announced the candidature of Yashwant Sinha.

In the ensuing 16th Presidential Election, the value of the vote of MLAs is 5,43,231 and that of the MPs is 5,43,200. This brings the total value of votes of the Electoral College in 2022 to 10,86,431. The ruling BJP and its allies constitute 48 percent of the Electoral College with a vote value of 10.86 lakh. The majority mark is at 5.43 lakh while BJP and its allies hold 5.26 lakh votes. If the opposition firmly rallies behind its candidate Sinha, it would be tough for BJP to sail through.

In this backdrop, gains of Maharashtra will make a significant difference. The pulling down of Uddhav government under Operation Lotus will impact the leaders of small parties running the governments in other states. True enough having a government and ruling Maharashtra, the financial capital of India, has a special significance for a political party.  With Uddhav virtually on the way out, the opposition is expected to lose some of its impact.

Nevertheless some positive developments have taken place for the MVA. If the sources are to be believed at least 15 rebel Sena legislators out of 30 are expected to come back. It is  not that a veteran leader like Sharad Pawar is not aware of the implications of this move of BJP. This was the reason that his NCP and Congress have agreed to accept the rebel leader Eknath Shinde as the chief minister in place of Uddhav Thackeray.

Shinde’s rebel colleagues found shelter in Gujarat and Assam, states ruled by the BJP. The prime mover of the scheme was the former BJP chief minister Devendra Fadnavis who was been too desperate to return to his kursi. The BJP has acquired the dubious distinction of being the master schemer for dethroning the elected governments run by the opposition parties. The leadership is undeterred of any criticism of the immorality committed by them. It is rumoured that the next target is the Jharkhand government run by JMM.

The primary reason is the internal crisis in the opposition parties. Almost all the parties are in the grip of feuds and backstabbing. They do not have any political priority. The personal interest of the factional leaders dictates the political course. Instead of looking at the major crisis and issues, these leaders get sadistic pleasure in turning heroes by raising the irrelevant issues.

Since 2019 BJP has been desperate to rule Maharashtra. After the  last Assembly polls in which the BJP-Shiv Sena alliance had secured majority by winning 161 (the BJP 105 and the Sena 56) of the 288 seats, the BJP had tried to deny the opportunity to Sena to have its chief minister. In fact the BJP had refused the Sena claim for the chief minister’s post. Infuriated at tis rebuff the Sena eventually decided to move out and join forces with the Opposition NCP and Congress. Together, the three parties formed the Maha Vikas Aghadi government.

BJP since then has been consistently scheming to dethrone Uddhav. But this move is more important for the presidential election than taking charge of the state. Yet another reason for BJP not willing to come out openly is the claim of Eknath Shinde to occupy the office of the chief minister. With Shinde in power BJP cannot have his way. This situation is not acceptable to BJP.

Yet another reason for turning BJP defensive is his emotion address to the people of the state.  Uddhav asked rebel Shiv Sena MLAs to tell him to his face to relinquish his chair instead of plotting behind his back. This has been quite embarrassing for Shinde. He was perceived as a person out to belittle Balasaheb Thackeray’s legacy. The message has  thrown a poser before party workers and MLAs — whether Shinde was more acceptable as the Sena leader than Uddhav.

This is for the fourth time Sena is facing rebellion. Three such incidents had occurred while Balasaheb was in direct control of the party. Shinde’s rebellion is the fourth in the chain. The situation might not acquire such a nasty dynamics, if the leadership had taken corrective measures just after it became known that dissidence and dissatisfaction was growing in the party. Unfortunately the leadership took it lightly. (IPA Service)

Unemployment Of Youth And Inequality In Indian Society Is Rising
Posting....