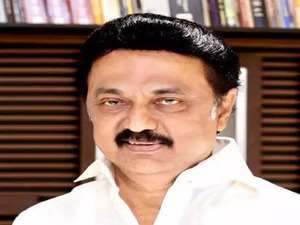 Three weeks have passed since March 10 when the results of five state assembly elections were announced.  From that very day, the winner in four states BJP, is preparing for the next round of elections scheduled in Himachal Pradesh and Gujarat by the end of 2022. In both the states, the BJP is the ruling party but the saffrons are not taking it with ease. Prime Minister Narendra Modi himself kicked up the campaign in Gujarat on March 11. The conclave of RSS soon after made an objective assessment of the results on the basis of their data analysis to work on acting on the weaknesses identified.

That is how a national party should work in a parliamentary system. People are the final arbiter in the polling booths. Indian electorates are no fools. They vote on the basis of their experience and expectations. For the time being BJP is the winner and the Congress by losing Punjab to AAP and the other four states to the ruling party, is the worst affected. The opposition parties are naturally worried as the Congress is the largest opposition party facing the BJP on national plane in the electoral battle.

What is the response of the Congress to the continuing outreach of the BJP and the Sangh Parivar to the electorate in other states which are going for polls in the next two years preceding the Lok Sabha polls in April/May 2024? What is the status of the United Progressive Alliance (UPA) headed by Sonia Gandhi which is expected to lead the opposition in the fight against the BJP? UPA is not functioning since August last year when a meeting of the opposition parties were held. In the last three weeks, nothing has been heard about reviving UPA. Congress leadership is too busy in taking care of its internal battle. The leadership has no time to think of activating UPA.

This is the right time to think of revamping the UPA under a new leader like Tamil Nadu Chief Minister M K Stalin who is   friendly with both the Congress and the regional parties including the Trinamool Congress supremo Mamata Banerjee. Stalin is 69 with good health and is leading the front in Tamil Nadu consisting of both the Congress and the Left. Sharad Pawar could have been a choice also as an experienced veteran, but he is 82 and not in best of health. He is further too much involved in saving the MVA alliance in Maharashtra as the BJP is determined to create rift in the coalition. The municipal polls in the state are approaching and Pawar has to play a major role in keeping the three parties united against the attacks by the BJP.

If the UPA is revamped under the leadership of M K Stalin, the advantage is that the UPA will have the benefit of getting the cooperation of the regional parties including the Aam Admi Party (AAP) in forming a front against the BJP. West Bengal Chief Minister Mamata Banerjee is taking a position against the Congress saying that the Congress is too weak to lead the opposition against the BJP. There is some truth in what Mamata is saying but the reality is that the Congress is the biggest political party in the country among the opposition and the party is the principal party fighting the BJP in polls in many of the states where the regional parties are   absent.

Further Mamata is again too engrossed now in her own battle in the state following the savage murder incident in Rampurhat. Telangana Chief Minister N Chandrasekhar Rao is now agreeable to rally against the BJP but not under the Congress leadership. Similarly Naveen Patnaik. Odisha chief minister and Jagan Mohan Reddy, Andhra Pradesh Chief Minister can be persuaded to join against the BJP under the leadership of Stalin.

Significantly, recent analysis made by BJP think tanks reportedly show that the BJP is most vulnerable in states where the party is fighting the regional parties. The BJP is expected to lose heavily in Bengal in 2024 Lok Sabha polls. Its tally can come down to even 6 from 18. At the same time, the view is that the Congress tally will go down in Kerala from the present 15 to maximum 8. The Congress can only hope to increase its strength in the 2024 Lok Sabha from the Rajasthan, Gujarat, Chhattisgarh, Madhya Pradesh and Karnataka where the BJP did exceedingly well in the 2019 elections. The BJP has already initiated its planning in these states to ensure that the Congress cannot increase its tally in these states in a significant manner. The BJP’s target is not to allow Congress to cross 70 in the coming Lok Sabha poll, The Congress has only 52 seats now in Lok Sabha as against 44 in the earlier Lok Sabha after 2014 polls.

Congress leadership has to work on a 24×7 basis to improve their organization in the states where the Party is the main challenger to the BJP, There are reports that poll strategist Prashant Kishor is in talks with the Congress again. If it clinches, that will be beneficial for the Congress for Gujarat elections. For getting back the credibility as a leader of anti-BJP opposition, Congress must ensure a victory in Gujarat and Himachal Pradesh. It is possible by following proper strategy. The Gandhi family should fully focus on this next round of state elections. Let M K Stalin deal with the UPA and extension of the alliance to include the other regional parties in the fight against the BJP in the coming Lok Sabha elections. (IPA Service)