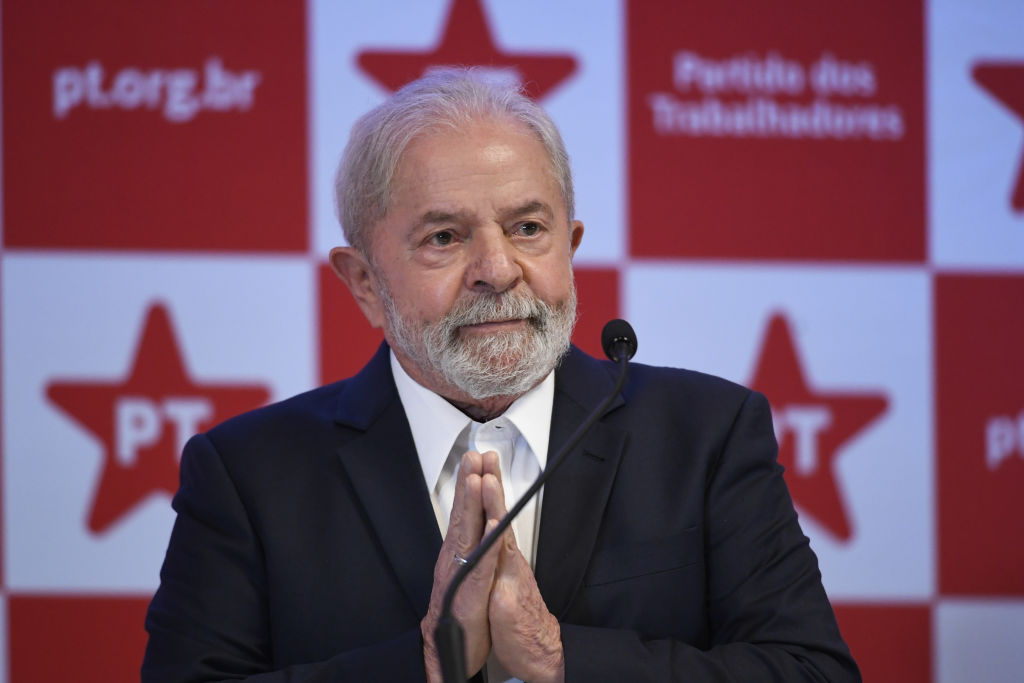 Amidst the continuing Russian war in Ukraine, the Brazilian people are participating in a major battle between the ruling parties of the Right led by the current president  Joe Bolsonaro and the former left wing president Frances Lula of the Workers Party(PT) in the coming presidential elections in October this year. After the good show of the Left in last years presidential elections in the region, the focus is now on the outcome of the poll in this  largest nation of the region.

Although there is speculation that, if close to losing, Bolsonaro might opt for a congress seat to secure privileged status, Brazilians are currently set for a Bolsonaro versus Lula race. And while former president Luiz Inácio Lula da Silva is currently favoured to win, it would be a terrible mistake to consider Bolsonaro’s defeat a done deal.

A recent poll shows that while Lula would win against any of the possible opponents in the second round — including Sergio Moro, the judge who wrongly persecuted and imprisoned him — his advantage against Bolsonaro has fallen from 22 to 15 percentage points. Since the Bolsonaro base often makes reference to the invasion of the US Capitol, and Bolsonaro himself has made threats of a coup in the past, the danger of foul play can’t be ruled out either.

In light of these threats, the Brazilian left needs to think strategically about which alliances are necessary to win — and which are too contradictory to maintain.

Brazil’s democratic history is full of high drama. In the three short decades since its current constitution was established, two presidents have been impeached, one was indirectly elected, and two others were vice presidents  who held interim offices.

One of these impeachment processes was Dilma Rousseff’s in 2016, led by the country’s capitalist class and their allies on the Right. After years of negotiating under the Workers’ Party’s (PT) project of class conciliation as a way of ensuring governability, capitalists were fed up. The PT’s strategy was mixed, including concessions to the Right in Congress and a dose of austerity under former Minister of Finance Joaquim Levy. But these overtures were not sufficient to prevent the parliamentary coup that ousted Rousseff, orchestrated with the help of Rousseff’s vice president Michel Temer.

In an attempt to draw lessons from the 2016 coup, Rousseff has emphasized that the strength of a government lies in organizing the people, and that the PT had lost much of its capacity to mobilize as a party. Mobilization against the coup was erratic at first, and perhaps too late considering that the Brazilian right had begun to harness popular dissatisfaction during the massive and heterogenous protests of June 2013 and began calling for a coup as soon as Rousseff was reelected in 2014.

The radical left, much smaller than the PT and its moderate left allies, was also split at the time. For instance, whereas parts of the Socialism and Freedom Party (PSOL) took to the streets against the coup (and later against Lula’s imprisonment), others in PSOL took an “out with all of them” position against the PT government and other establishment politicians. Some even supported the Lava Jato investigation in its fraudulent crusade against corruption.

The issue of corruption has long had emotional resonance in Brazil, but the Left has struggled with how to politicize it, sometimes mimicking weak narratives that reduce corruption to a personal flaw rather than a characteristic of capitalist democracy and attendant conflicts within the capitalist state. Meanwhile, bolsonarismo thrives on false “anti-corruption” pretenses designed to appeal to moralism and chauvinist nationalism. The attacks on Lula as corrupt and a thief did not begin with Lava Jato nor with bolsonarismo, but the association has been strengthened in recent years and is due to renew itself in a new wave of fake news and online manipulation as the election approaches.

In June 2002, before winning his first presidential race, Lula published a “letter to the Brazilian people” which was, in fact, a letter to the financial sector. Its main message was that if elected, Lula’s government would pursue an agenda of “ample national negotiation” while also being respectful of previous contracts and pursuing fiscal balance. For example, while it mentioned agrarian reform, the letter also stated that agribusiness should be valued. In order to solve the economic crisis, the letter said, the PT government would have to be in dialogue with all sectors of society, committed to controlling public spending even as it pursued a program of brave yet “responsible” changes.

Lula’s letter set the tone of his government as well as Rousseff’s. He promoted key social programs and improved the quality of life of millions of Brazilians. However, the ambiguity of lulismo meant that bankers and agribusiness also grew and profited in record levels — a development that Lula often takes pride in, even though these same classes organized to overthrow Rousseff, promoted anti-working-class reforms with the Temer government, and later helped to elect Bolsonaro.

This contradiction is also present in 2022. Bolsonaro’s finance minister Paulo Guedes promised economic recovery, but has left the capitalist class wanting. Even the richer and more educated members of Bolsonaro’s support base think the government lacks a strategy and that Bolsonaro’s authoritarian traits lead to unnecessary instability. When Bolsonaro’s threats against the Supreme Court became too overt, Temer had to step in and calm their nerves with a letter. In other words, Brazilian elites are not fully committed to Bolsonaro. They are up for grabs, and Lula has noticed.

To attract these free-floating elites, Lula has opted for a right-wing vice president. From a left standpoint, this is disappointing, especially considering that in 2018 the PT ticket featured Manuela D’Ávila, from the moderate left Communist Party of Brazil (PCdoB), as the vice presidential candidate.

Although yet to be made official, Lula and the PT have indicated their preference for Geraldo Alckmin. Alckmin was governor of São Paulo four times and his administration was marked by corruption scandals and violent treatment of social movements. It was under Alckmin that, in 2012, thousands of families were evicted from their territory, and had their homes destroyed while the police violently attacked pregnant women, children, and seniors in Pinheirinho. Alckmin has always opposed the PT, and made a point to associate Lula with criminality and corruption.

It seems, however, that Lula is willing to bury the hatchet. This isn’t sitting well with others on the Left who find the idea of Alckmin as VP repugnant and demoralizing. It may be one thing to campaign for the Lula/Alckmin candidacy in a state in the Southern region, but in São Paulo workers tend to remember Alckmin’s cruelty.

Some members of the PT claim that linking up with Alckmin is the only way to defeat Bolsonaro, and are dismissing the Left’s objections as counterproductive at best. Moderates are rolling out the red carpet for Alckmin — who, even if he aspires to a political career beyond Bolsonaro, stands as a representative of the 2016 coup — while condemning the Left as obstructionists. The issue has reawakened the debates of June 2013, which led to the framing of the radical left as responsible for the coup.

A few months ago, activists and influencers started to appear in red baseball caps that read “Make Brazil 2002 Again,” in reference to Lula’s first election as president of Brazil.

The irony of the cap and its slogan is that by imagining 2002 as the beginning of a great era, Lula supporters unwittingly endorse a morass of contradictions that eventually allowed the right wing to overthrow the PT government and install a leader with fascist ideals. Lula’s election signalled hope, but also restraint. Millions were able to eat three meals a day, but billionaires became richer along the way — and when the PT’s program no longer served them, this empowered capitalist class took it down.

It is true that Brazil once had a president who cared if people lived or died, something that could have made a major difference during the pandemic, which has killed over six hundred thousand Brazilians under Bolsonaro’s leadership so far. But it’s important to move beyond this state of melancholic nostalgia and start asking strategic questions about who can be made into allies, and what lines should not be crossed. To make Lula president again is an important goal. There are other leftist alternatives, but none as strong as he is at the moment. However, Lula is no god. His election is not guaranteed, and his practice of class conciliation creates both stability and profound vulnerabilities at the same time.

Those who justify the selection of Alckmin as his VP claim that Lula knows what he’s doing. But if Dilma Rousseff is correct that the PT should have mobilized the people to support a leftist government, it is a dangerous decision to elect a VP known for brutal repression against protesters and for promoting the coup that gave Rousseff’s VP the presidency for more than two years. Is it really the case that, out of all the center and right-wing politicians that Lula could pick as VP for his strategy of governability, the best option is someone who played a role in the 2016 coup?

Lula has been Brazil’s best president so far, but even he can make mistakes. Let us hope that if he wins, he can make popular mobilization a priority again. (IPA Service)