Looks like it’s Digvijaya vs Tharoor for Cong chief 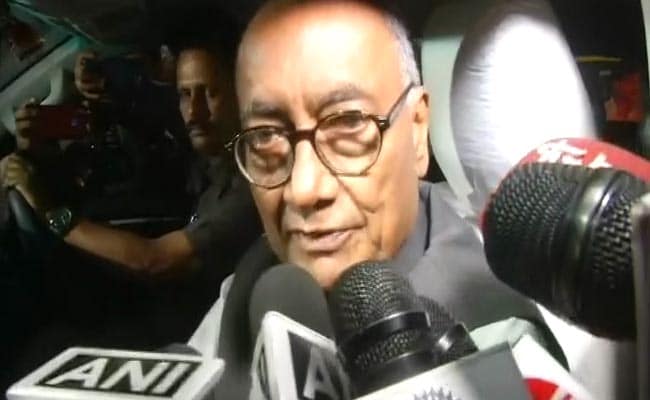 The Congress elections, in a fresh twist, appears likely to be a contest between Shashi Tharoor and Digvijaya Singh. Sources said Singh will file nomination within two days. But he has denied, saying it has not been discussed with the Gandhis yet.

Digvijay Singh, who is in Kerala for the party’s Bharat Jodo Yatra led by Rahul Gandhi, is expected to reach Delhi late this evening. It is not yet known if he will meet Sonia Gandhi.

Singh has so far been evasive about his participation in the election. Asked about the possibility of his contesting earlier today, he said, “I have not discussed with anybody. I have not sought permission from the high command”.

The 75-year-old former Chief Minister of Madhya Pradesh is a longstanding loyalist of the Gandhi family, much like Ashok Gehlot.

The Rajasthan Chief Minister was the favourite in the race, till the open rebellion by his loyalists over the Chief Minister’s post upset the Gandhis and other key leaders in Delhi.

A section in the Congress still maintains that Gehlot will file nomination for the election. He is keeping his cards close to his chest.

Several senior Congress leaders have been in talks with Gehlot to resolve the situation in Rajasthan, where 92 MLAs have threatened mass resignation if he or any of his loyalists are not in the top post.

On Monday Kamal Nath — another former Chief Minister of Madhya Pradesh and Digvijaya Singh’s longtime political rival — met Sonia Gandhi. He, however, brushed off speculation on his candidature, saying he wants to focus on Madhya Pradesh.

So far, only Shashi Tharoor has declared his candidature. The filing of nominations can take place till September 30 and the election will take place on October 17.

Cuba’s Gay Rights Vote Through Referendum Is A Victory For Socialist Values
Posting....