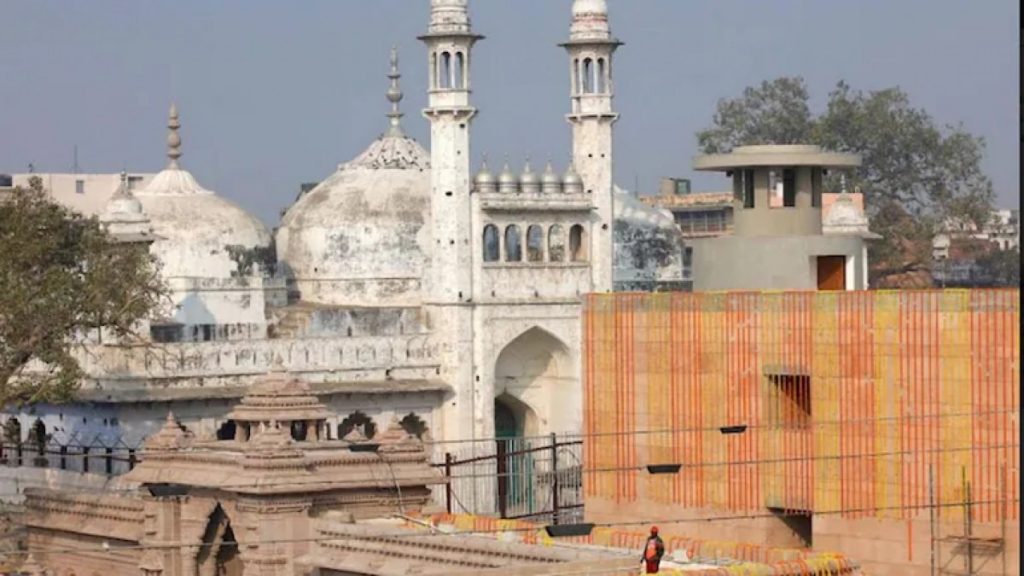 Means are the same, only the methods vary. What happened in the Babri Masjid in Ayodhya in 1949 was a surreptitious operation, what is being witnessed now in Gyanvapi Masjid in Varanasi is a brazenly open act.

The entire controversy around the so-called Shivling issue would not have arisen had the local court in Varanasi followed the law of the land. Places of Worship Act, 1991 provides for maintaining the religious character of a place as it existed on August 15, 1947.

The Supreme Court too hailed the Act in its Ayodhya judgment in November 2019. “In providing a guarantee for the preservation of the religious character of places of public worship as they existed on 15 August 1947 and against the conversion of places of public worship, Parliament determined that independence from colonial rule furnishes a constitutional basis for healing the injustices of the past by providing the confidence to every religious community that their places of worship will be preserved and that their character will not be altered,” remarked the five-judge bench of the apex court.

And yet the lower court in Varanasi, instead of rejecting the petition, went ahead throwing all cares to the winds and ordered a video-graphic survey of the Gyanvapi mosque, employing private photographer.

Then even before the survey report was submitted, the lower court, in a hearing which was not even attended by the party representing the mosque, took note of the Hindu petitioners’ assertion that a Shivaling had been allegedly found in the water-tank meant for vaju and ordered sealing of a portion of the Gyanvapi mosque and restriction on the offering of the namaz.

This one act of the lower court threatens to fragment our multiplicity and provides an uninterrupted space to Hindutva forces.

The same means, though in stealth, was applied back in 1949 when the Babri Masjid was desecrated and turned into the eye of a communal storm. The mysterious appearance of the idol of Ramlalla under the central dome of the Babri Masjid on the night of December 22 that year was undeniably ominous. Scorching and alive even after decades, it now seems to provide template for Gyanvapi controversy.

Although the planting of the idol in the mosque was done by Abhiram Das, a local sadhu and a worker of Hindu Mahasabha, he was only following the instructions of the Hindutva leadership of the time. The covert operation was presented as a matter of divine intervention to conceal a well-calculated conspiracy hatched by the Hindu Mahasabha.

The conspirators could not have succeeded in their mission in 1949 had the local judiciary of Faizabad acted differently. But this did not happen and the illegal possession of the Babri Masjid continued simply because the section 145 of the Criminal Procedure Code was used not to reverse the act of wrongful dispossession but rather to sanctify it. Section 145 empowers the magistrate to ask the parties to file their claims, not on the title of the property, but “as respects the fact of actual possession of the subject of dispute”. The magistrate decides “which of the parties was” in possession. If a party has been “forcibly or wrongfully dispossessed” the magistrate may treat it as if it had been in possession. It is then restored in possession, leaving it to the aggressor to file a civil suit to establish his title to the property.

This crucial aspect of Section 145 was deliberately overlooked during the course of the proceedings.  While implementing this law, the party that had been dispossessed on the night of December 22, 1949 was completely excluded. The mosque was allowed to crumble in the hands of the communal captors.

For democracy to succeed, the independent functioning of its three pillars is imperative. Judiciary is one among them. The local court in Varanasi has deviated from its course assigned. A failure to correct may lead our democracy to its doom. (IPA Service)