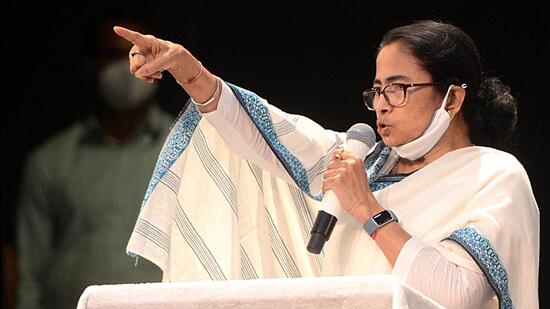 Major opposition parties including the Congress and the Left, have responded negatively to Trinamool Congress Chief Mamata Banerjee’s call to put up a broad anti-BJP alliance.

State Congress and CPI(M) leaders strongly question the TMC’s true intent and especially the timing of its latest appeal, seeking a stronger opposition consolidation against the ruling Bharatiya Janata Party at the centre. Contrarily, they have cited several instances to mediapersons, explaining how the TMC’s tactics and decisions tactics and decisions whether in Parliament or in the larger national political arena, had effectively divided the anti-BJP forces.

So far there has followed no effort from the TMC leaders to join a media debate to counter these arguments. They may be waiting for a signal from their supreme leader.

Bengal Chief Minister Mamata Banerjee is presently in North Bengal attending a series of local programmes and keeping track of developments. In most gatherings — whether addressing poor widows in urgent need of financial help or schoolgirls — she has strongly attacked the BJP’s ‘anti-people and anti-Constitutional policies,’ from the 2002 Gujarat riots onwards.

State Congress President Adhir Choudhury has questioned the TMC’s credibility. The party must clarify what it wanted in the name of achieving opposition unity, he said. Instead, the TMC leaders mostly talked of leading other opposition forces in the anti-BJP struggle, seeking to isolate and marginalise the Congress, the biggest non-BJP party in India!

Referring to the TMC’s participation in the state Assembly elections in Goa and Tripura, he said its candidates had succeeded in dividing the anti-BJP votes, which only helped instead of hindering, the saffron party. The outcome of the elections and even a casual analysis of the poll stats, made this amply clear.

However, senior TMC leaders did not attach much importance to Mr Choudhury’s comments. Their contention was that major decisions at the national level among opposition parties were taken after discussions among top party leaders only. They felt Mr Choudhury’s stand might not necessarily be endorsed by central Congress leaders.

All through Mr Chodhury’s tenure as the state party President, the Congress wad become ever weaker than before, its vote percentage currently hovering around only 5/6% of the aggregate vote in the state.

The decline of the Congress had been exposed conclusively during the recent Assembly and Municipal polls, they added. In fact even in fighting the ruling TMC in combination, neither the Congress, neither the Left nor the BJP could significantly dent the TMC’s growing popularity among the masses.

One analyst however pointed out that it was not just Mr Choudhury or Mr Abdul Mannan, another senior leader, who had strong reservations about the TMC. Among central leaders Mr P. Chidambaram too had recently attacked the TMC for helping the BJP to win the Goa assembly polls, by winning a miserable 5% of votes after a high-octane campaign. This had hurt the Congress directly.

Again, it was not just the Congress that was protesting against such tactics of the TMC — to fight elections where it had no organisation or any significant following — just to split the anti-BJP votes! Aam Aadmi Party (AAP) leader Mr. Arvind Kejriwal had said exactly the same things regarding the TMC’s prospects in Goa.

This clearly indicated a general uneasy feeling about the TMC’s political role within a large section of the opposition itself.

For the CPI(M), new party Secretary Mohammad Salim not only endorsed the reservations within the Congress about the TMC, but went further. He questioned the political antecedents of the TMC and what he saw as the strong links that existed between the party and the extreme right wing Rashtriya Swayamsevak Sangha (RSS), which many regarded as the BJP’s mother organisation. He cited instances of leaders of both organisations publicly praising /supporting each other on various issues earlier.

Much space in the letter written by Ms Banerjee to non BJP Chief Ministers has been used up by copious references to autonomous official investigating agencies like the Enforcement Directorate(ED), the Central Bureau of Investigation (CBI) or the Income Tax(IT) authorities.

Their current activities, the TMC alleged, threatened the very federal political structure of India, violating its Constitution, during the BJP’s tenure. Mostly these were being conducted to harass and humiliate leading figures within the opposition, the party alleged. Even the judiciary , it was claimed, could not always offer much protection to those targeted in some cases.

However it remained unexplained why top TMC leaders like Abhishek Banerjee MP or at the state level, Birbhum District of the TMC Mr Anubrata Mondal, repeatedly sought to dodge official summons from these agencies in connection with multiple cases of major financial corruption in recent days. CPI(M) sources said that TMC leaders adopted different tactics to avoid hard questioning : Mr Banerjee fought off such summons legally while Mr. Mondal pleaded for relief on medical grounds.

No wonder opposition leaders of all hues have referred to this and asked whether the TMC has issued its latest call for stronger anti BJP unity now, because the official agencies are knocking hard on the doors of its prominent leaders. (IPA Service)