LIC IPO Undervaluation Kicks Up A Big Row In The Government 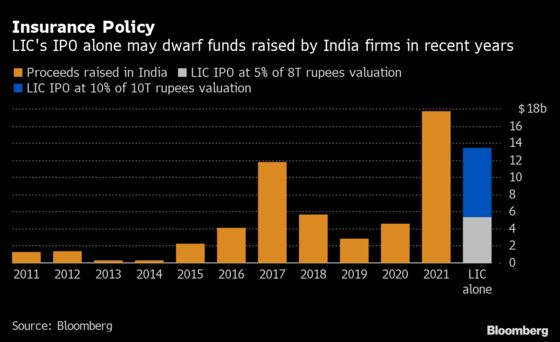 The Narendra Modi Government is in mess once again over its proposed valuation of the Initial Public Offering (IPO) of the blue chip Life Insurance Corporation. Earlier also there were allegations about the official valuation of some other leading public sector enterprises, but the LIC valuation and the process of disinvestment have exposed the anti- public sector face of the BJP government once again.

Raising serious questions on the valuation of LiC for its initial public offering (IPO), EAS Sarma, former economic affairs secretary and an economist, has asked the Ministry of Finance (MoF) to put on hold the entire process of disinvestment of LIC and other central public sector enterprises (CPSEs).  Sarma in a letter to finance minister Nirmala Sitharaman, says, “I do not think that your ministry can rush through with the LIC IPO based on a perfunctory valuation exercise, merely to derive limited, illusory fiscal resources. I refer to the disinvestment proceeds as ‘illusory’ because they come from the same pool of domestic savings from which the government also borrows. The letter was first accessed by Moneylife.

“If you get one rupee of disinvestment proceeds, you will be losing that one rupee which you could readily borrow from the savings pool on much more cost-effective terms, as government borrowings are backed by an implicit sovereign guarantee. The only difference that arises when the LIC is handed over to a few investors is that the government would then have dismantled an excellent institution like the LIC in the name of getting such illusory proceeds! I request your ministry and all others in the government who are concerned about this to ponder over the questions I have raised,” he says.

The former secretary to the Union government further says, as he understands the MoF has appointed a private consultant to undertake the valuation of the LIC and according to the latest reports, “the estimated value of the public issue is Rs 15 lakh crore, and the so-called ‘embedded value’ (the statistical measure of investors’ interest in an insurance company) of the corporation is Rs 4 lakh crore.”Sarma adds, “The methodology of valuation, the assumptions that have gone into it and the factual information considered by the valuer have not been divulged in the public domain. It is unfortunate that the policyholders of the LIC and the public at large should get information on this, only through rumours and gossip. If your ministry proposes to keep the public in the dark about such information, I am afraid that the entire LIC disinvestment process will stand vitiated, as it violates the letter and the spirit of Article 19 of the Constitution, which provides for transparency in governance”.

“Prima facie  it appears to me that the value of the corporation at Rs 15 lakh crore and its embedded value of Rs 4 lakh crore is a gross underestimate, considering the vast, highly valuable land assets that the LIC possesses today across the length and the breadth of the country, the enormous public trust and the goodwill it enjoys as a public sector institution that truly belongs to the millions of its policyholders and its preeminent role in funding infrastructure, housing and the other social sector projects of crucial importance for the society at large,” the former bureaucrat says.

Sarma’s letter has created a furore in the finance ministry as he has sent a copy of his letter to the CAG requesting the august body to go into the LIC IPO valuation issue as this is of primary national interest.  Many economists are of the view that if this is allowed to go through, the economy will be incurring huge losses at this time when the country is suffering from pandemic and more resources are needed for combating the challenge of the pandemic. The trade unions of the LIC have been protesting against the LIC IPO for long and they observed strikes also, but the government paid no heed to the voice of the LIC employees. Now the calculations made by an expert like Sarma, is sure to add ammunition to their movement.

In fact Sarma’s letter has mentioned of the lopsided approach on the PSE divestment as a whole and he specially mentioned of the CEL affairs. Earlier CPSE officers associations protested against the move of selling government stake in blue chip oil PSEs. The Modi Government is not responding to any well meaning suggestions and all policies are now aimed at handing over the national assets to the private entrepreneurs many of whom are donors to the BJP election kitty. (IPA Service)