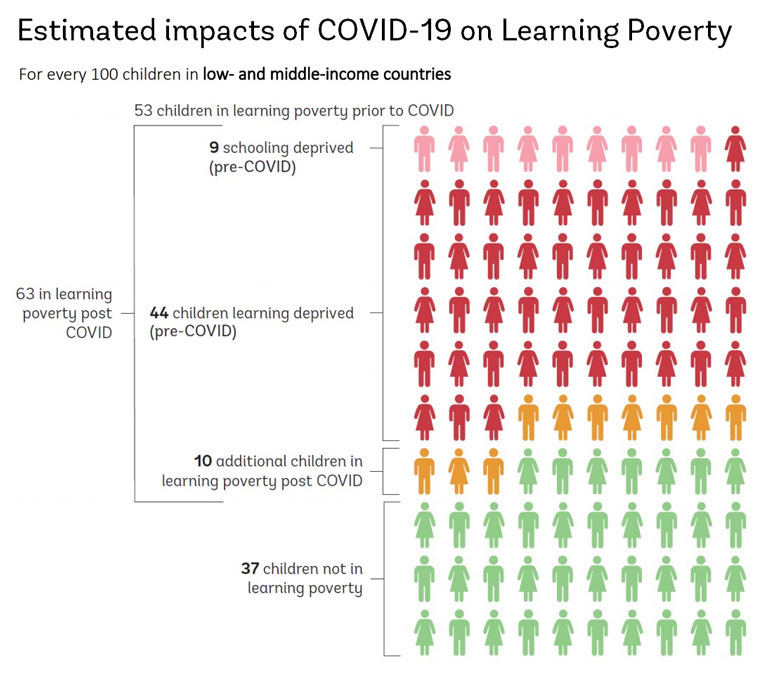 COVID-19 crisis triggered school closure in India has induced learning poverty to such an extent that the country is set to suffer the worst in South Asia in absolute terms both in respect to jobs loss and decline in GDP, which in turn may accelerate each other creating together a vicious circle of shrinkage in both.

Jobs for skilled labour in India will decline by 1 per cent while it would be 2 per cent for unskilled labour on account of this single factor, says a recent ADB Economics Working Pager titled “Potential Economic Impact of COVID-19 related School Closures”. Due to largest populated country in the region, it would be translated into greatest number of jobs loss in absolute terms.

The study estimates that earning losses from school closures lead GDP to fall in almost all economies, including the sub-regions of Asia. Globally, the decline amounts to 0.19% of GDP in 2024, 0.64% in 2028, and 1.11% in 2030. In absolute terms, school closures during COVID–19 would cost the global economy $943 billion in 2030. Overall, economies with significant population of school children and college-going youth in rural areas—and in the poorest and second wealth quintile—have been worst-hit as they lack access to stable internet connections needed to study online. Also, if the share of unskilled labour employment in the labour force is high, learning and earning losses are significant. That is because a notable portion of the impacted population will migrate to the unskilled labour force.

Considering skilled labour, global losses to employment amount to declines of 0.05% in 2024, 0.25% in 2026, and 0.75% in 2030. The study estimates that school closures will deny about 5.44 million people around the world employment in the skilled labour force by 2030. Also, in terms of absolute costs, lost wages to the baseline scenario total $94.86 billion.

The study has found that in economies with significant student populations from rural areas, those in the poorest and second wealth quintile have been the worst hit. This is because a lack of access stable internet connections and online education hampers their learning opportunities. Learning and earning losses are also significant in economies where the share of unskilled labour employment in the overall labour force is high. This is because school closures will push a notable portion of the impacted students into unskilled jobs.

In this backdrop, the study has made three policy recommendations about actions to mitigate these impacts while building a more resilient education system. These recommendations are: Support learning recovery; Invest in education and skills; and Embrace the digital transformation in education. (IPA Service)

Even After Udaipur Chintan Shivir, Congress Is Groping For Its Role
Posting....