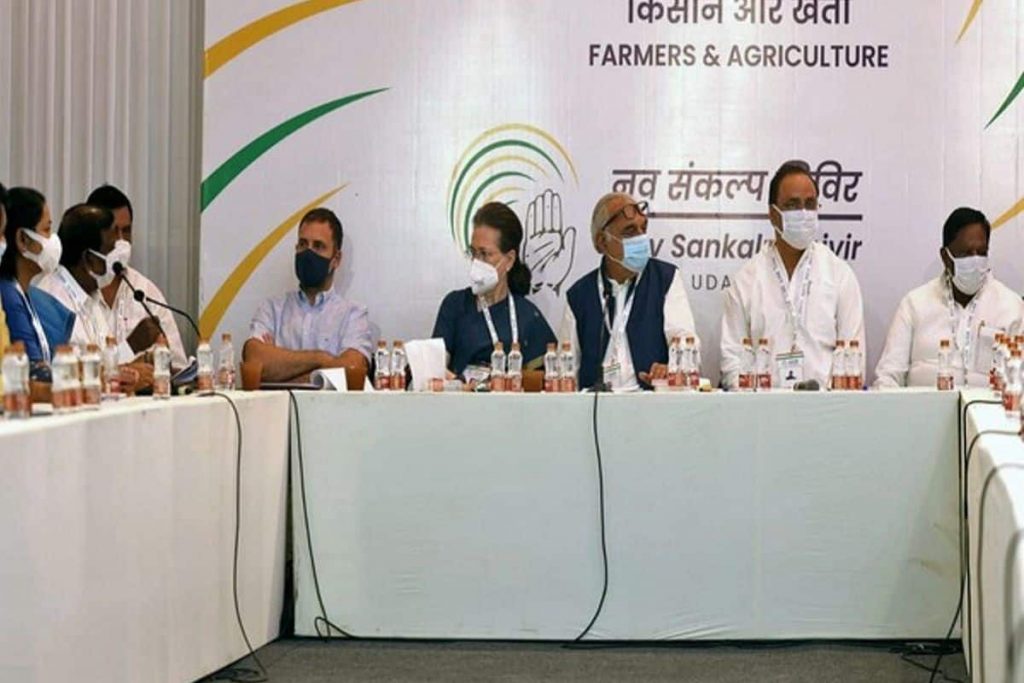 The one significant outcome of the Congress’s recent Chintan Shivir in Rajasthan was Rahul Gandhi’s acknowledgement that the party has lost touch with the people. Nothing demonstrated this disconnect more than the steep fall in the party’s Lok Sabha tally to 44 in 2014 and 53 five years later.

However, what the Congress’s uncrowned king did not care to explain was the reason why the party was so summarily rejected by the people. Given its stellar pre- and post-independence history till the early 1970s, the party’s ignominious decline calls for serious introspection.

There is nothing to indicate, though, that the Congress has undertaken any such exercise in recent years. Instead, it has seemingly attributed the party’s dismal performance to the people’s inability to appreciate its intrinsic value and has apparently been waiting for them to realize their mistake and return the party to power.

It is for this reason that the Congress has tended to regard the BJP as a usurper which will be relegated in the not too distant future to its rightful place on the margins of Indian politics where it had languished for decades from its Jan Sangh days. The Congress will then casually take the reins of power once again in its hands.

The line in the celebrated song in a Raj Kapoor film – mera joota hai Japani – which says, hum singhasan par ja baithey jab jab Karen eradey, typifies this feudal attitude of the natural-born owner to ascend to the throne whenever he likes. It is this arrogant mindset which has come in the way of the Congress analyzing the causes of its setback.

It is only now after the drubbing in the recent assembly elections that the Congress appears to have sensed the popular disenchantment with it. Even then, notwithstanding Rahul Gandhi’s belated admission, what is missing is an understanding of why the party is in such dire straits. This inability to assess the reasons for the party’s weakness is behind Rahul Gandhi’s fatuous [DG1] belief that only the Congress can take on the BJP and not the regional parties.

The people desert a party because of the flaws of the leadership. Unless the Congress focusses on these defects, there is little hope of it recovering lost ground. Perhaps the party should realize that one of the reasons for its current predicament is that it lacks the three ingredients of the BJP’s success – energy, articulation and a clear-cut ideology.

On all these counts, the BJP is way ahead. Its energy is apparently boundless as its leaders at various levels are constantly on the move, visiting virtually all corners of the country. They are also highly effective speakers even if the main reason for their success in forcefully presenting their viewpoint is their unending emphasis on Hindu nationalism liberally sprinkled with anti-Muslim rhetoric. Indeed, it is the latter which remains the cornerstone of the BJP’s worldview.

The Congress is patently at a disadvantage in this respect for it is unable to make up its mind on how to counter the BJP on this issue. If the Congress toes the saffron party with a “soft” Hindutva stance, it will alienate the minorities and the liberals while if it adopts a hard, secular position, it may disenchant a sizeable section of the Hindus.

The confusion on the ideological front is the Congress’s bane and if the Chintan Shivir did nothing to dispel it, the reason is that the Congress at present simply does not have the intellectual acumen to formulate an unambiguous policy on the subject.

It is not only with regard to secularism that the Congress has seemingly lost its way, it is in the same quandary about “socialism” as well. In fact, its embracement of socialism even after the doctrine’s worldwide demise after the fall of the Berlin wall made the party take the foot off the accelerator of economic reforms, as P. Chidambaram said, and pave the way for Narendra Modi’s rise. If Manmohan Singh had continued what he had started in 1991, the BJP would have remained in the doldrums.

Ironically, the Congress’s love affair with socialism has curbed the BJP’s enthusiasm for market-oriented policies and made it emulate the Grand Old Party, thereby making Arun Shourie mock the BJP by saying that it is ”Congress plus the cow”.

But while the BJP uses cow and communalism to push ahead, the Congress is either marking time or retreating. The Congress’s earlier success was due to the presence of charismatic leaders – Jawaharlal Nehru, Indira Gandhi – and pro-industrial policies exemplified by the construction of steel plants (“dams are the temples of modern India”, as Nehru said) and the setting up of the IITs.

The termination of the licence-permit-control raj in 1991 marked the next stage of the party’s forward movement. But a fascination with socialism and dislike of capitalism ensured that the party could not push forward with economic reforms. Hence, its present stagnation even as the BJP’s mix of populism and communalism is turning India into a Hindu rashtra. (IPA Service)