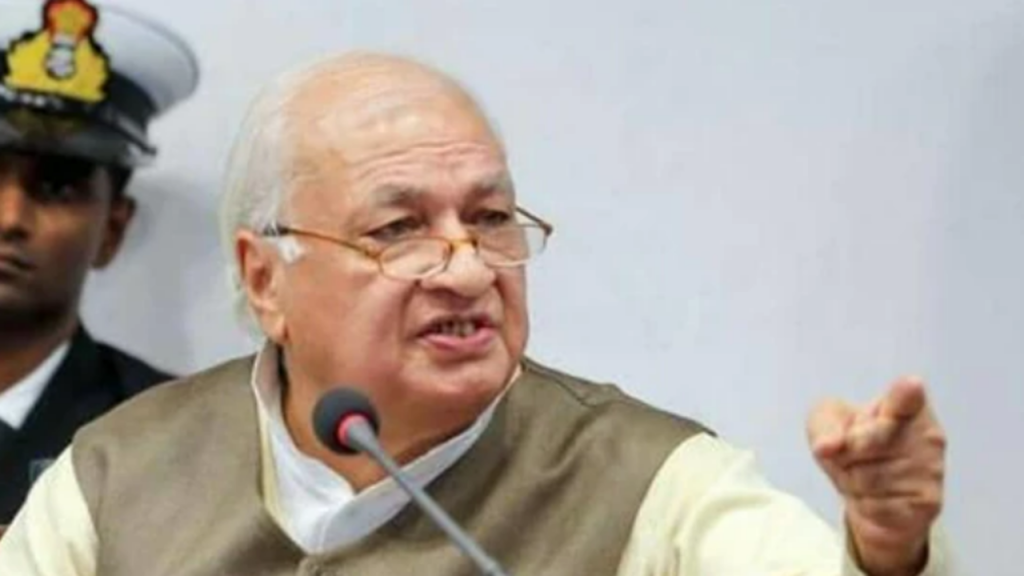 THIRUVANANTHAPURAM: The ongoing Governor-Government standoff, the fishermen’s agitation against the Vizhinjam international seaport and the Lok Ayukta imbroglio have roiled Kerala politics as never before, deepening the confrontationist ambience.

Governor Arif Mohammed Khan has further upped the ante by refusing to meet political staff of the Chief Minister and other ministers. Showing no mood for a resolution of the political crisis, the Governor has said that he would not give appointments to staff members of the Chief Minister’s Office(CMO)  hereafter. He would have talks only with the Chief Secretary or the secretaries if the ministers are not able to present their cases personally.

Returning the compliments, the Government has managed to table in the State Assembly a bill to reduce the Governor’s role in the appointment of Vice-Chancellors. The Bill has been sent to the Subjects Committee for its consideration. The Governor has muddied the waters further by declaring that he would not sign any bill which ‘goes against the Constitution.’ The Governor, it may be mentioned, has diminished his status by calling the Kannur University Vice-Chancellor a criminal and noted historian Irfan Habib a goonda! The Governor’s intemperate outbursts have created revulsion against him in the State.

The Governor-Government standoff has entered a decisive phase with the High Court set to hear, on August 31, a petition against the appointments in Kannur University, including that of Priya Varghese, wife of the Chief Minister’s private secretary, K K Ragesh.  It may be mentioned that the HC in an earlier verdict had directed the Kannur varsity not to make any appointments from the provisional rank list prepared for selecting associate professor of Malayalam pending the final decision on the matter.

Priya Varghese, wife of CM’s private secretary KK Ragesh, is the first rank holder in the list. The ruling would be crucial both for the Governor and the Government. If the court orders goes against Priya’s appointment, the Government will suffer a loss of face. Similarly, if her appointment is okayed, then the Governor would suffer a serious political setback.  The Governor and the opposition parties allege that Priya has been appointed though she does not have the basic qualifications for the job. The Government and Priya have, however, rebutted the criticism by saying that the appointment is in line with the University Grants Commission(UGC) guidelines and norms.

Another issue which is causing concern to the Kerala Government is the agitation launched by fishermen against the Vizhinjam seaport. Talks to resolve the crisis, including one with the Chief Minister, have failed to achieve a breakthrough. As a solution has eluded so far, the fisherman are continuing their struggle.  The action council of fishers led by Latin Archdiocese of Thiruvananthapuram is demanding, among other things, that the Government must stop work on the seaport. The Chief Minister has rejected the demand as it is not practical and would send a wrong messaged to investors. The Government is sympathetic to other demands for rehabilitation and compensation.  It has decided to allocate 10 acres of land   for rehabilitation.  Housing projects benefiting 3000 families has also been envisioned.

In this connection, 355 families living in camps would be given top priority. The action council of fishers has, however, decided to continue their stir as the Government has said No to their main demand for a halt to the construction of the port.   Though the Opposition has taken the stand that the Government should offer compensation to affected fishers and ensure their speedy rehabilitation, it has not supported their main demand for stopping construction of the port and study its ecological impact by involving the coastal people. How the knot will be untied remains to be seen. The Government cannot be indifferent to the plight of fishers as they account for a substantial slice of voters in the coastal areas, especially in the southern districts of the State.

Another headache for the Government has been the contentious amendment to the Kerala Lok Ayukta Act, 1999. The CPI(M) has managed to secure the support of the CPI, by addressing its concerns and reservations. The Opposition has opposed the amendment claiming that it would make the Lok Ayukta a toothless body in the fight against corruption. As of now, the verdict of the Ombudsman is final with no provision for appeal. The political officials against whom an adverse verdict is passed have to resign their office and cannot hold any public office again.

The Government and the CPI(M) have opposed the powers now enjoyed by the Lok Ayukta which even the apex court does  not have. The Government is right as the Lok Ayukta cannot enjoy such unlimited powers. Hence the move for an amendment to the Act, which accords the Governor or the CM in their capacity as ‘competent authority’ to accept or reject a ruling by the ok Ayukta in cases of corruption, nepotism and maladministration against persons holding high public  office after hearing the disputed parties.

A major relief for the Government has been the High Court verdict rejecting the plea of Swapna Suresh, accused in the gold smuggling case to dismiss the petition accusing her of a conspiracy against the Chief Minister. The court ruled that there was no case for acceptance of her plea at this stage.  This is a big relief for the Government as the HC ruling would blunt the edge of the campaign of the Opposition which had pinned high hopes on Swapna’s allegations against the CM. (IPA Service)